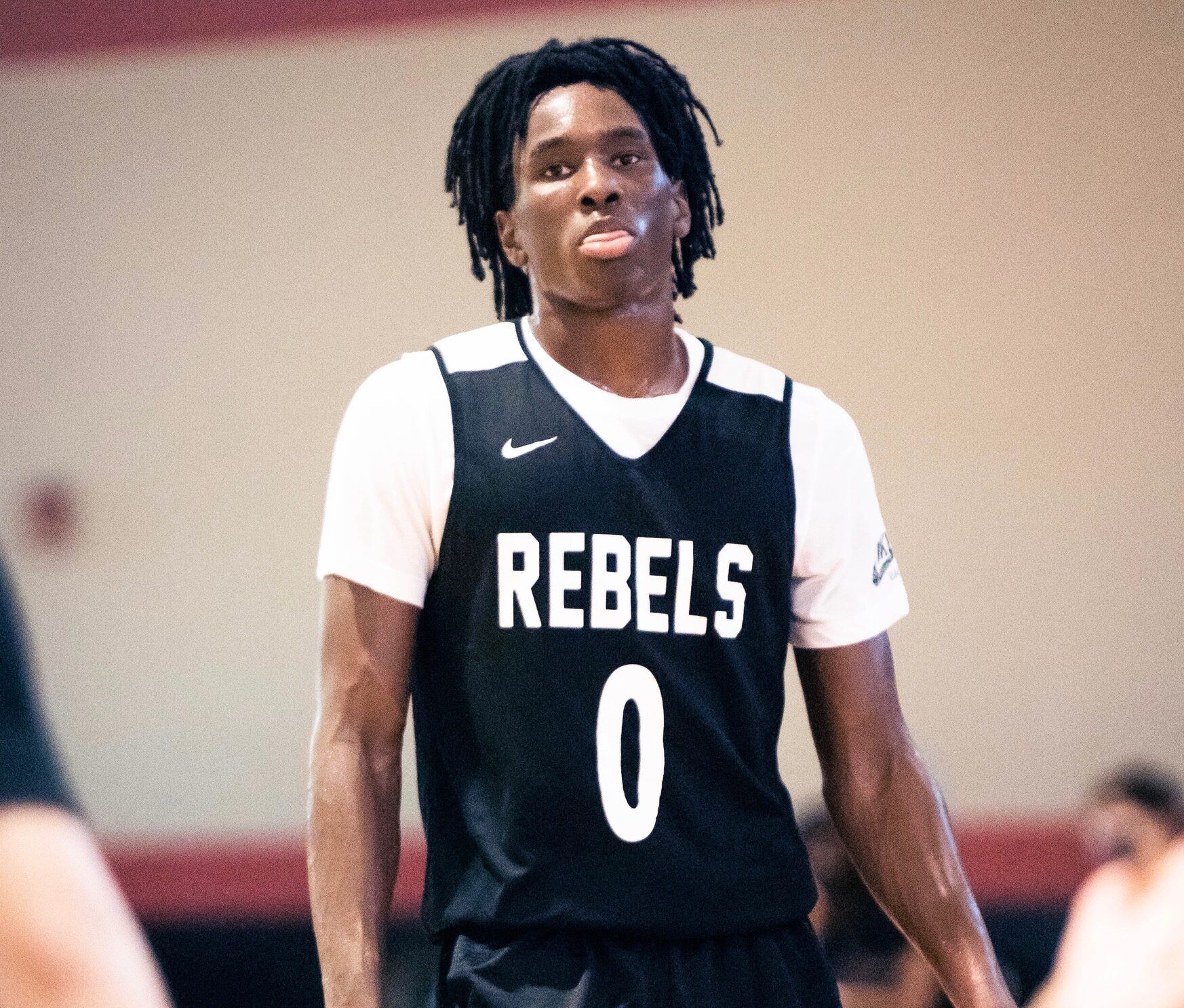 As we mentioned in our first report, teams came from far and wide to attend the Fall Festival.  In this go-round, we will focus on teams from the central part of the state that caught our attention.

The Rebels (aka Pioneers) reached the Class 7A Final Four last year and everyone of importance returns.  By the looks of it, this group is ready to take the next step.  The roster is loaded with talented and athletic basketball players that stand between 6’4 and 6’6 and, for the most part, are interchangeable.  Michael James, a 6’5 senior and Louisville commit, is the alpha-dog and team leader.  His effort and energy are contagious at both ends of the floor.  James scores best when able to attack the rim but demonstrated a reliable perimeter shot this weekend.  Jalen Smith, now a 6’5 senior and Southern Methodist commit, has grown three inches over the past year.  He still retains his sharp ball-handling, passing, and outside shooting skills.  With his additional size and length, Smith becomes an even tougher match-up: too big for small guards and too quick for larger ones.  Rodrick Henry, a 6’6 senior, is the ultimate competitor and glue guy.  Whatever it takes to win, he will do: defend the opposition’s tallest player, rebound, knock down open shots, and anything else a coach could want.  Lewis Jones and Fabio Basili, 6’6 and 6’4 respectively, are juniors that bring even more versatility to the Pioneer lineup.  Jones is a slasher that makes plays heading to the basket while Basili can play either guard spot and is a crafty scorer.  Oak Ridge has a real chance to be considered one of the better teams in the state regardless of classification when all is said and done come March.

Central Pointe brought two teams to the event, but we focused on the squad that plays at the “national” level of the Sunshine Independent Athletic Association (SIAA).  Last year’s group one the SIAA state title.  This year’s team, other than holdover Ramses Melendez, is composed of new players to the program.  Melendez, a 6’7 senior, will be the key cog in the White Tigers’ attack.  A target for many high-major programs, Melendez scores well from the outside but is also a strong driver and finisher to the basket.  He has the ability to rip down rebounds and push the pace in transition.  Defensively he is active and quickly covers a lot of territory.  Seniors Nolan Wells (6’7) and Cherrif Kanoute (6’6) proved to be athletic wings with scoring prowess on Saturday.  Wells is a lean and athletic lefty with a reliable perimeter shot, an affinity for offensive rebounds, and the ability to defend different positions.  Kanoute is most effective when taking the ball strong to the basket, both in transition and in half-court sets, puts forth a great deal of energy and effort on the defensive end, and doesn’t mind the physical play inside.  Kendrick Green, a 6’0 senior was solid in his ability to run the offense in the game we watched.  A three-man rotation of 6’9 junior Pape Lamine, 6’10 senior Nicholas Pavarrete and 6’10 senior Pape Momar provide a lot of rim protection.  Central Point should again challenge for the SIAA title and earn national attention when playing in Grind Session events outside of the state.

The Yellow Jackets are coming off a state title in Class 6A last season and return many of their key players.  Though the squad was missing Polk County Player of the Year Walter Clayton as well as a few football players that are expected to contribute, the team served notice that they are more than capable of defending their title.  Kjei Parker, a 6’2 sophomore, stepped up in Clayton’s absence, serving as the team’s playmaker and go-to scorer.  His skill level is advanced as is his hoops IQ.  Malcolm Dewberry, a 5’10 senior, is the prototypical Bartow player that is quick, can dribble, shoot, and pass, and get after opponents on the defensive end.  Alex Vigo, a 6’1 senior, and Amarion Frazier, a 6’2 senior, provided additional options on the offensive end.  Both can stretch the defense with their ability to make shots behind the arc.  The coaching staff feels that once the football players return and get in basketball shape, the team will be in great position to make another championship run.

The Hawks stood at the top of the FHSAA/MaxPreps rankings at the end of the regular season back in February but fell in the regional round to eventual 3A state champ St. Andrew’s.  All five starters are gone from last year’s team but SFC has re-tooled and will certainly be a challenger again this season.  Alvin Tumblin, a 6’6 senior, has come over and his athleticism makes a difference.  His outside shot continues to improve but it is his ability to slither to the basket and finish with authority that gets him most of his points. Inside.  6’6 sophomore Harvey Wilson uses his frame and bounce to corral rebounds at both ends, get opportunistic points via drop-offs and offensive rebounds, and score with short dribble-drives.  Johnny Torrence, a 6’2 senior, looks to be the guy to score when defenses pay too much attention to Tumblin and Wilson.  Torrence can collapse the defense with the drive and make good shot vs. pass decisions on the move.  He also is a reliable open shooter to the three-point line.  Daniel Thompson, a 6’1 freshman, impressed on Saturday with making a quartet of shots from deep in a closely contested game.

For as long as memory serves, Forest basketball has taken a backseat to the famed program at crosstown rival Vanguard.  That may change this year, as Forest looks to have the size and talent to be THE force in Marion County and beyond.  The roster lists four players 6’7 or taller, but the main man will be 6’8 junior Brenen Lorient who burst onto the scene this summer playing with Team Florida at some out-of-state events.  Lorient certainly has the tools, both physical and skill-wise, to be a highly sought after recruit.  He’s a strong 6’8 with a solid frame, has superb run/jump athleticism, and uses his physical gifts to make plays at both ends of the floor.  Lorient can step out and shoot perimeter shots, score inside in the post, and get to the basket and score with one- or two-dribble drives.  Jeremiah Russell, a 6’5 junior, helped out on the glass and provided solid defense on Saturday night.  Josh Cuspard, a 6’3 senior, spaced the floor with perimeter shots, giving the bigs some room to operate inside.  With only three seniors on the roster, this is a young Forest team that shows a great deal of promise for this year and next.