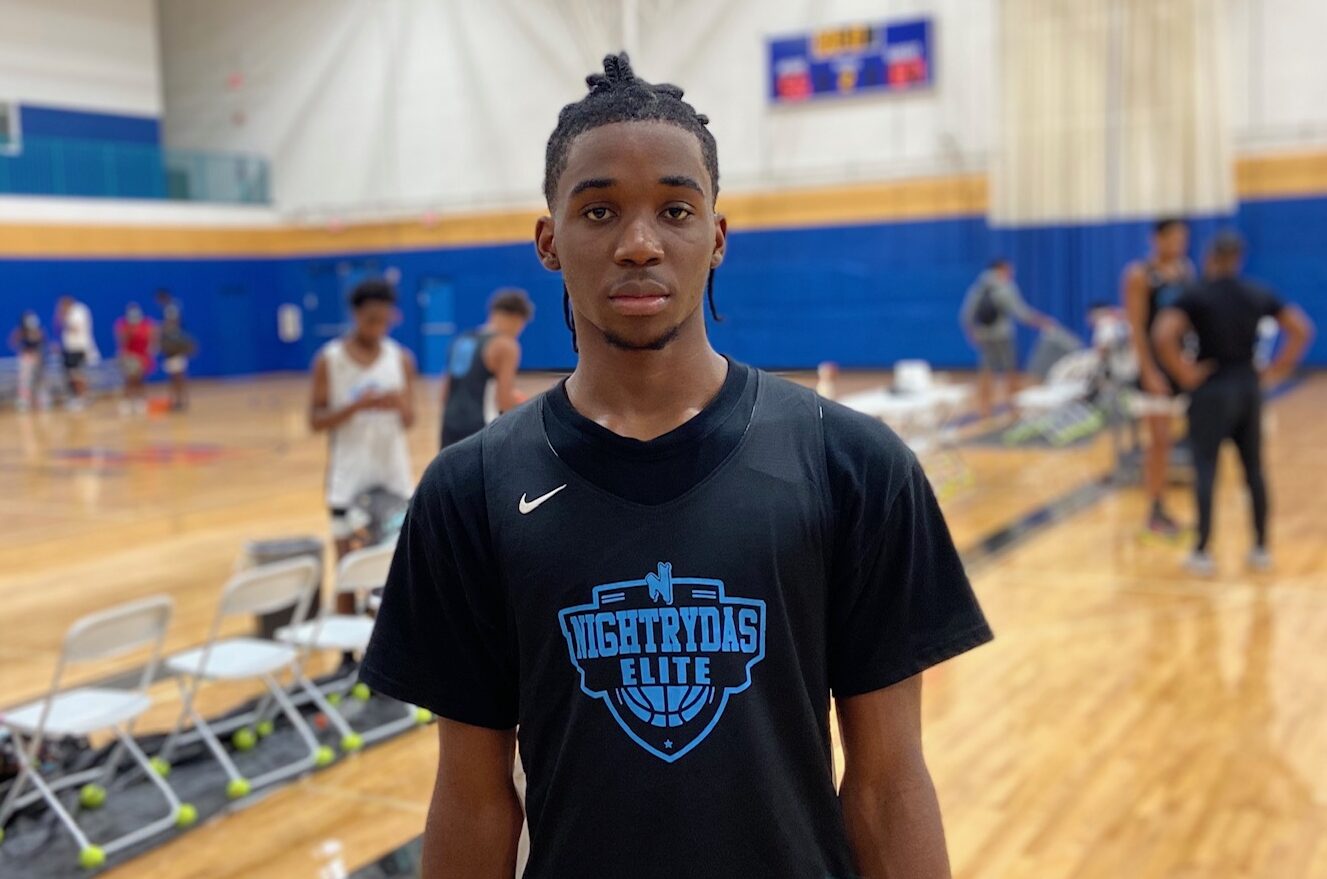 This is the category in which we highlight players that we either did not get a chance to see perform or who made a lasting impression in our limited time and would like to see them duplicate their performance.  In this COVID-ravaged grassroots season, most of these players will fall into the first category.

We did not get to see Smith or his E1T1 17U team play this season and must admit we were caught off guard when the 6’4 senior committed to Southern Methodist University late in the spring.  Smith has always had good speed and quickness with the basketball as well as a reliable perimeter shot.  The fact that he has grown three or so inches since the high school season ended gives him not only more-than-ideal size to play the point guard spot, it also allows Smith more flexibility to move over to play off the ball.   He will be given the reigns to run a Pioneers team that will be a favorite in Class 7A this coming season to win a state title.

We neither saw nor heard about the 6’5 Thompson twins after the end of the 2019-20 season until they emerged as the cream of the crop at an event in the mid-west that attracted several of the country’s top players in the classes of 2022 and 2023 a little over a month ago.  After a stellar performance at the showcase, Amen and Ausar became popular targets for high-major programs throughout the country, receiving offers from the likes of LSU, Kansas, and Arizona, to name a few.  Along with that, their national ranking sky-rocketed from the 120s to 50s, not something that one sees often.  We here at Source Hoops have always felt they were quite talented, possessing skill, athleticism and high basketball IQ.  Now we will get to see how they respond to being the hunted instead of the hunter.

We got a brief look at Sasser at the Nightrydas Elite Mini-Camp earlier in the month and it only whetted our appetite to see him more.  The 2023 Class looks to be filled with top tier wing prospects and Sasser has the potential to be one of, if not the, best of the lot.  It will be interesting to see how he performs in a new program after switching schools.  Sasser has all the physical tools and high skill level to be a high priority recruit in the next couple of years.

The 6’5 incoming freshman has been considered the top player in his age group in Miami-Dade since the spring and we got a chance to see him earlier this month.  Already possessing the size and skills to be a successful multi-position perimeter player, it will be interesting to see how Allen steps into a storied program such as Norland and produces against more experienced and more-physically mature players this coming season.