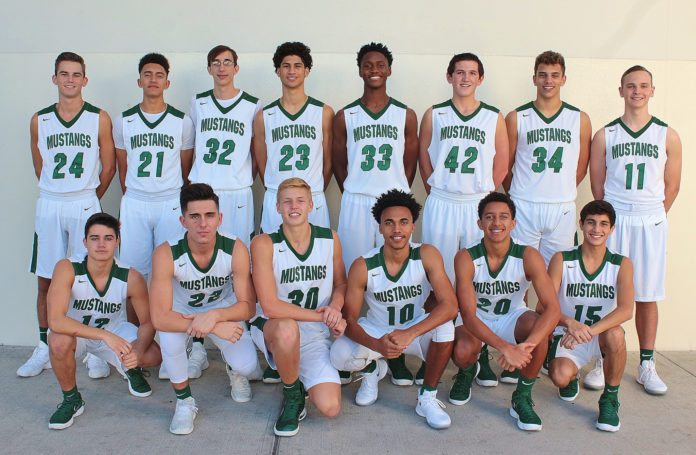 In a matchup of 0-2 teams, Lakewood Ranch faces a tall order in John Marshall’s 6’10 sophomore Isaiah Todd, arguably the top player in the Class of 2020.

Marshall got on the board first with a put back by DeMarr McRae.  Damion Gordon quickly answered in transition for Lakewood Ranch.  Three’s by Marshall’s McRae and Isaiah Todd pushed their lead to 8-2 but Lakewood Ranch came back quickly with a pair of buckets.  A few moments later Ranch tied the game at 11 on a drive from Keon Buckley and then took a lead with a three from Christian Shaneyfelt to make it 14-11 with five minutes to play in the quarter.  Marshall would get with two a bit later but Lakewood Ranch extended their lead over the remainder of the first period to finish with a 27-18 lead.

Marshall opened the second quarter with a lob dunk from Todd but Lakewood responded with a bucket from Josh Young.  Marshall’s McRae then put together a personal 7-0 run with a three and a pair of scores inside.  Marshall was back to within two at 29-27.  Ranch got their lead to three but then Todd tied the game with a deep three at 32 all with just over four minutes to play.  Now it was Ranch’s turn to put together a run.  Buckley hit a mid-range jumper, Young put back a miss and Christian Perez hit a three to go up 39-32 with just over two minutes left in the half. The teams played evenly the rest of the half to find Lakewood Ranch up nine at 46-37.

That lead didn’t last long as Marshall exploded on an 11-0 run to open the third period.  A pair of threes from Elijah Seward, a pair of free throws and a three from Isaiah Todd gave Marshall a 48-46 lead.  Gordon of Lakewood Ranch broke the drought with a mid-range jumper to tie the game but another three from Seward and two free throws from Jarious Ashlock of Marshall put the score at 53-48 with just under four minutes to play in the third.  After a Lakewood Ranch bucket, Todd hit another three to push the lead to six.  However, that would be the last points of the quarter they would score.  A bucket inside by Jack Kelley and two transition baskets by Buckley tied the game at 56 heading into the final period.

Lakewood struck first but a three from Marshall’s Seward put them on top.  Then Marshall went dry as Lakewood scored six straight.  Evan Spiller scored in transition, Kelly scored inside and Shaneyfelt scored on the break to make the score 64-59 in favor of Lakewood Ranch.  Essentially that put the game out of reach as Marshall was unable to put together enough stops to overcome their deficit.  Ultimately, Lakewood Ranch gets a win at the City of Palms by the score of 81-72.

Marshall was led by Isaiah Todd with 22 points while Demarr McRae tallied 20 and Elijah Seward finished with 16 points.