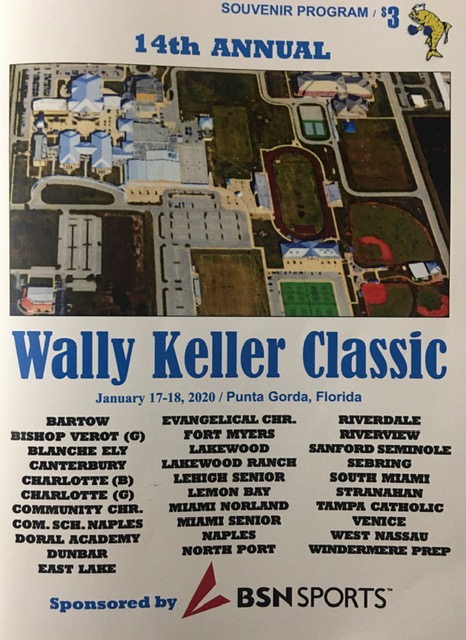 Louis-Jacques — a 6-foot-3 senior shooting guard who is being recruited by the likes of  Mercer, New Hampshire, Long Island, Stetson — led the way with 24 points.

Dean, a speedy 5-10 junior point guard with offers from Mercer and Stetson, added 21. With the 19-point victory, South Miami ran its record to 14-2.

Asked to assess just where the Class 6A Cobras stand 16 games in, however, South Miami coach Robert Doctor said the squad still has a ways to go.

“I know we’re almost at the end [of the regular season],” Doctor said. “But as far as playing together, taking good shots and knowing possessions — when to shoot it, or when to go to the bucket, or knowing that we are in the one-and-one and we are up 15 and not just come down and throw up shots — that was my thing today.”

The biggest wild card on just how far South Miami goes may be 6-10 senior center Brandon Sanders. Sanders is a high-major rebounder and rim protector. But has to stay out of foul trouble and keep his composure.

South Miami shot out to a 25-11 lead over Fort Myers. In the second quarter, Sanders picked up a foul. He made it worse by getting a technical foul and had to go to the bench. Soon after, the Cobras’ 14-point advantage was down to 38-32 at the half.

Doctor said the bigger schools also want to see him score the ball. He finished with 7 points against Fort Myers.

“He does everything else, but he has to be able to get it in the post and score the ball,” Doctor said. “Today he did it twice. So he is working on it. … Once he starts doing that he’s going to be unstoppable because he gets tips, he gets put-backs, he averages a double-double in rebounding every game, blocks. He runs the floor.”

South Miami’s two losses are to Decatur (Ga.) Columbia, 64-62, at the Kingdom of the Sun in Ocala and to Hialeah Gardens Mater Academy, 56-48. The Cobras take on St. Pete Lakewood at 1:40 p.m. Saturday on Day 2 of the tournament.

GREEN KNOCKS IN 36 IN 3-OT THRILLER 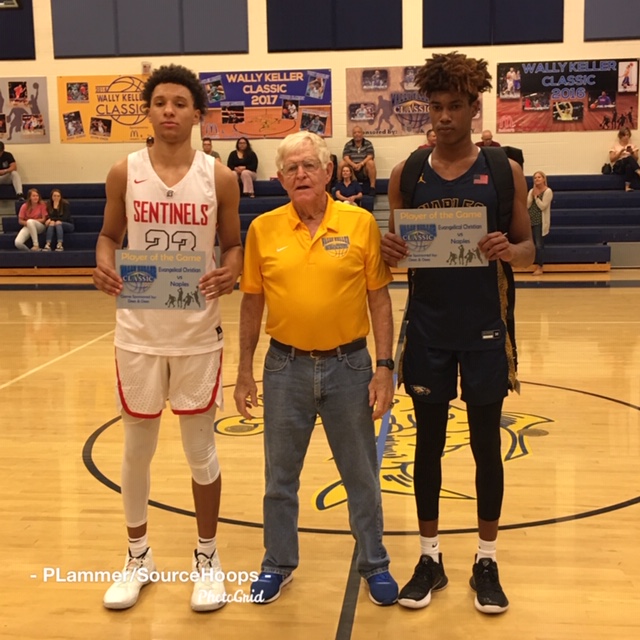 Pompano Beach Blanche Ely senior Dudley Blackwell put Fort Myers Canterbury away over a 3-minute span to start the third quarter without scoring a point. The 6-6 Iowa State recruit threw three consecutive beautiful passes to take Ely’s lead from 32-21 at the half to 40-23. One came on a pass over the top for an easy two and the other two had Ely rolling downhill on the fast break. 6-4 sophomore Derrick Lovett was impressive in the paint for Ely. Lovett knocked in 10 field goals to pace the Tigers with 20 points in the 72-50 win.

DOWN TO THE FINAL 15 SECONDS

5-9 senior guard Christian Perez played big late for Lakewood Ranch in a 49-45 victory over Miami High. Perez canned a jumper from the top of the circle with 14.1 seconds remaining to break a 45-45 tie. After a Stingarees turnover, Perez canned two free throws with 2.4 seconds remaining to seal the W. Perez and Luke Lecroy, a 6-7 senior, were among four players with 9 points each for the Mustangs. 6-5 2021 Justin Neely posted a double-double for Miami High (30 points, 11 rebounds).

Charlotte 6-7 junior Tre Carroll did not play Friday in the 53-37 loss to Miami Norland. Carroll has a groin injury and will see a doctor on Wednesday. Carroll has scholarship offers from FAU, FGCU, Santa Clara, Stetson and USF. He says colleges like him at the 3 position. … The win was the fifth in a row for coach Lawton Williams III and Norland (11-7). 6-4 10th-grader Cameron Johnson led the way for the Vikings. “He can score the basketball,” Williams said of Johnson. “He can shoot and he handles it well. All-around offensive player. Gotta get better defensively, to me. But you know how I am about that.” Senior PG Jahvon Smith has Southeastern Louisiana and Mercer offers. Ball State and Central Michigan are showing interest.

TUMBLIN LOOKING FOR THAT FIRST OFFER

Sebring 6-5 junior Alvin Tumblin scored 29 points in a 65-56 overtime victory over Callahan West Nassau. Tumblin caused problems all day for West Nassau, getting to the line for 13 free throws. “I think I’m an all-around player,” Tumblin said. “Anything to help my team win, whether it’s on defense or offense.” Tumblin is still looking for that first college offer. Junior Dallan Coleman led West Nassau with 30 points. The 6-6 Coleman is an excellent 3-point shooter. He canned seven.