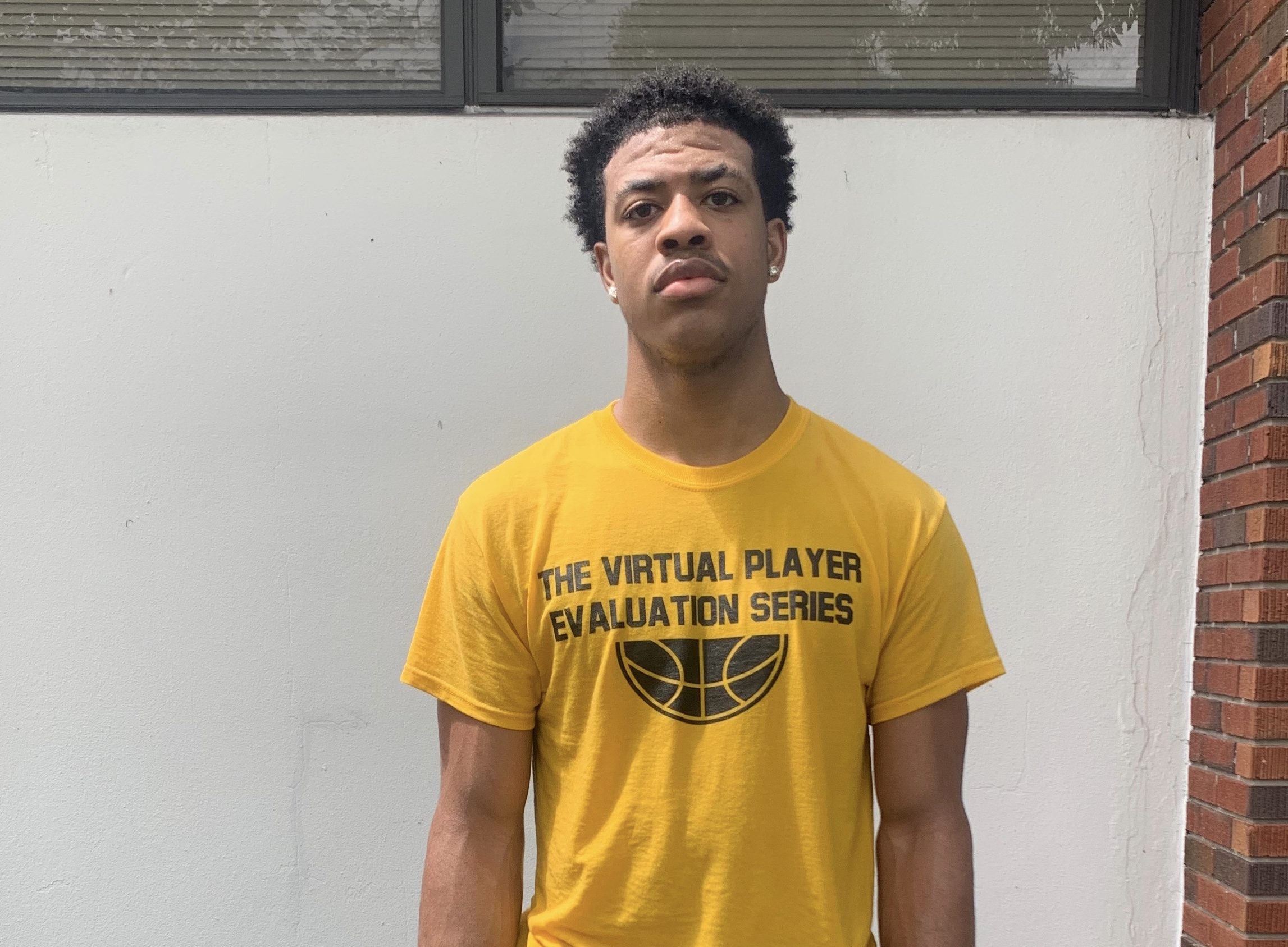 Orlando was the “home” for this past Saturday’s Team Parsons (CP 25) Virtual Player Evaluation Series.  The event featured five separate sessions featuring ten players each and there were more than a few high caliber matchups.

We mentioned the 6’1 rising senior in our review of last week’s session in Jacksonville.  However, Johnson seemed to take his game to another level this time around.  Challenged by the opposition from the outset, he went into attack mode from that start of the drill sessions and didn’t let up until the final horn of five vs. five.  In game action, his perimeter shot fell consistently. Johnson manipulated the defense to get his teammates open shots and he was locked in on the defensive end.  It is one thing to play well and another thing to have that stellar play translate to wins.  Johnson is that kind of player.

Another player that excelled last weekend, Baker continued his upward trajectory in the first session of the day.  The 6’9 rising senior was very active defensively with his ability to protect the rim and disrupt passing lanes.  Baker routinely beat the defense down the floor for scores, even after he grabbed the rebound himself.  Offensively he poses a problem with his ability to make shots from the perimeter as well as in the paint.  His played with his usual high level of energy and effort Saturday.

This was a tough call but Kugel earned the MOP nod partly because he had a big bounce back from a somewhat lackluster performance the previous Saturday in Jacksonville.  This time around the 6’5 rising junior was engaged from the outset.  With his size and court vision, Kugel excels at making plays on the move.  He displayed an ability to score from all three levels and didn’t hesitate to go after rebounds at both ends of the floor.  Kugel’s ability to the see the game one play ahead allows him to make an impact both offensively and defensively.

The last time Clayton was in a gym, he was celebrating a state title.  Fast forward nearly three months and Clayton showed no signs of rustiness from the COVID lockdown.  The 6’3 rising senior excels as both a traditional point guard that can direct a team’s offense and distribute the basketball or take on the role of scorer.  On Saturday he did a nice job of scoring from mid-range as well as making the correct pass vs. shot decisions when using ball-screens.  Physically tough with a high basketball IQ, he also puts in effort on the defensive end.

Combining his length, abundant athleticism, and competitive mind set is rarely found in a player at any level, let alone a rising high school sophomore.  The 6’9 Bewley was all over the place in a good way on Saturday.  He got after it a both ends of the floor and produced at a high level.  Not sure which play was more impressive: the block-rebound-transition dunk that fired up what crowd there was or the highly contested step-back mid-range jumper later in the contest that looked smooth and effortless.  Before, after, and in-between those plays, Bewley owned the glass, challenge players at the rim and showed he could handle the ball and take it strong to the basket for violent finishes.

Other Stellar Performers from Saturday

Trey Moss, Windermere: The 6’3 rising senior recently committed to South Florida and he should be a key player for the Bulls during his career in Tampa.  Playing with great pace and control, Moss made an impact as both a scorer and distributor.  He had success driving to the basket and either scoring in traffic or finding open teammates for easy shots.

Bobby Stewart, Boca Raton: The 6’8 rising senior was arguably the find of the day.  The lefty has a reliable shot to the three-point line, is a good passer from both the high and low post areas, and scores craftily around the basket.  He has a good frame and is effective in both pick-and-roll and pick-and-pop ball screen actions.  Stewart controls his rebounding area and doesn’t shy away from playing physically at either end of the floor.  His stellar GPA and SAT scores suggest that the Ivy League school should make their way quickly to the south end of Palm Beach County.

Ryan Bewley, Oakland Park Northeast: The 6’9 rising sophomore twin of Matt, Ryan is more than a solid prospect in his own right.  An active big that can hit perimeter shots, he’s also effective on the inside and gets more than his fair share of stickbacks.  Defensively Bewley has the ability to defend on the perimeter as well as protect the basket.  While Ryan and his brother work effectively together, each one is a rising star on his own merit.

Fray Nguimbi, Orlando West Oaks Academy: The 6’8 rising junior seemingly improves by leaps and bounds each time he steps on the floor.  While still a bit raw offensively, Fray is coming along with his ability to score after a couple of dribbles and connect on mid-range jumpers.  An explosive athlete, Fray is at his best in transition or when attacking the glass on the offensive end.  He elevates quickly for scores in each category and has a quick second and third leap when the situation calls for it.  His length and activity on defense are disruptive.

Tre Carroll, Punta Gorda Charlotte: The 6’8 rising senior bounced back well from a rather pedestrian showing last week in Jacksonville.  Carroll got a lot done without pressing the issue as some tend to do in this type of setting.  He connected on open shots from the perimeter, hustled down the floor in transition and made an impact on the offensive glass.  His ability to handle the ball on the perimeter and make good decisions on the move with the ball has improved and makes him even more difficult to defend.