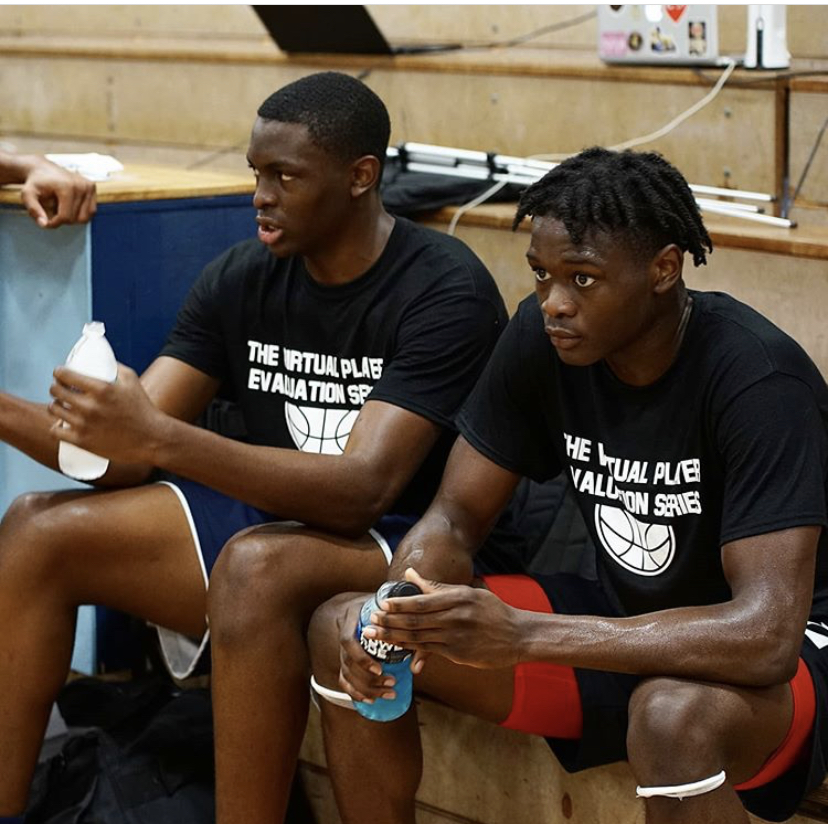 We took in the on-line version of the Team Parsons Virtual Player Evaluation Series this past Saturday from Potter’s House Christian Academy in Jacksonville.  Forty players took part in the event, a first of its kind in this COVID era.  Here’s a look at some of the players that stood out to us.

Justin Hicks, West Nassau: The 6’2 rising senior is an aggressive combo guard.  He does a nice job of scoring in the lane and now has a more reliable perimeter jumper to compliment it.  Hicks plays with great energy at both ends of the floor.

Josh Minott, Boca Raton St. Andrew’s: His versatility continues to impress scouts and college coaches.  He’s quick to start the transition game with either an outlet pass or with his own dribble after corralling a rebound.  Minott has solid ball-skills for a 6’8 player and is a willing post passer.  The rising senior’s size and wing-span allow him to be a versatile and above-average defender.

Darius Johnson, VA Episcopal: If a high-major recruit can be under-valued by the national media, it is the 6’1 Johnson. Mentally and physically tough, he is tenacious at both ends of the floor.  Skilled with a high basketball IQ, Johnson makes plays throughout the game and delivers in the clutch.

Xavier Washington, Tampa Palmetto: Playing at the south end of Hillsborough County, Washington is unknown outside of that area.  The 6’7 rising senior surprised with his rebounding ability at both ends of the floor and knack for scoring off the bounce.  The lefty only took one perimeter shot during the contest so we want to find out more about his shooting skills.  Stetson offered not long after the completion of the event, so Washington is definitely a player to get to know.

Kanye Jones, Windermere: The 6’3 rising senior pulled double-duty on Saturday, playing for two separate teams. For whatever reason, he played better in his second game of the day as his outside shot was going down with consistency.  Jones proved adept and scoring from deep, especially when his defender decided to go under ball-screens.

Bryce Turner, Jacksonville Jackson: The 6’6 rising senior was a pleasant surprise and should help Jackson stay in the hunt for a state title next year.  Turner showed he can consistently make shots from the perimeter on Saturday.  He is also an active rebounder at both ends of the court.

Devin Hines, Boca Raton St. Andrew’s: The 6’3 rising senior made the most of his opportunities on Saturday.  Hines connected on drives and jumpers, scored in transition got points off of offensive rebounds.  For a guy wired to score, Hines proved to a more-than-willing and capable passer.

Wesley Cardet, Oakland Park Northeast: The 6’6 rising senior is a national recruit and after shaking off a slow start (two air balls from three point range), Cardet played like it.  He made the remainder of his open perimeter shots but Cardet is at his best when he can get going downhill toward the rim, where he is able to score in traffic or kick the ball out to open shooters.  Highly competitive, he seeks to defend the best player on the opposing team and relishes the challenge.

Quinton Jackson, Jacksonville Paxon: The 5’10 rising senior constantly pushed the pace during his time on the floor.  He proved to be quick with the ball and a formidable perimeter shooter.  Jackson was often able to use his speed and handles to create space to get off good shots inside the three point line.

Alex Fudge, Jacksonville Lee: The 6’8 rising senior impressed with an improved perimeter shot as he made a couple of deep and contested threes in the game we watched.  A superior athlete with great length, Fudge is at his best when using minimal dribbles to get to the basket or beat the defense down the floor in transition.  His length, leap, and determination make him a formidable rebounder and versatile defender.

Jah Nze, Oviedo Hagerty: The 6’3 rising junior knocked down threes like layups in Saturday’s game.  He is particularly deadly should his defender go under the ball-screen as it doesn’t take much room or time for Nze to get off his shot.  Strongly built, he would do well to complement his shooting with more drives to the basket and the seeking out of contact.

Jace Carter, Titusville Astronaut: The 6’5 rising senior was arguably the biggest and most pleasant surprise of the event.  He made perimeter shots with consistency as well as attacked the basket, scoring in traffic.  Carter also proved to be a better ball-handler and passer than expected and made an impact with his ability to rebound at both ends of the floor.

Tyrone Baker, Fort Myers Riverdale: The 6’9 rising senior dropped in a three early in his contest and a bit later completed a drive from the high post for an “and one” play to show he has the skills to be reckoned with at that end of the floor.  Defensively, he’s a rim protector and rebounder that can also step out and defend on the perimeter.  Baker has a high ceiling, but the floor he has now is very good.