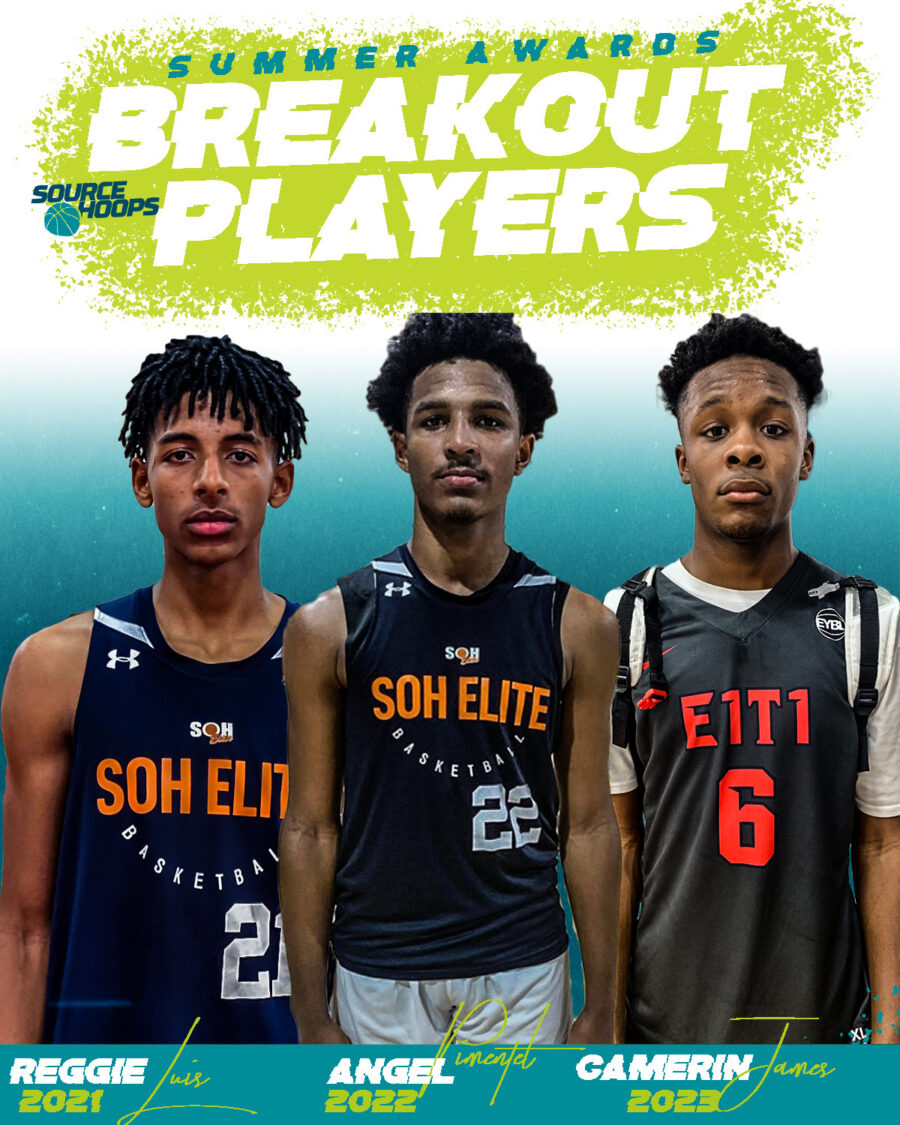 It is always a challenge to pick THE player for this category.  Every spring and summer, we come across players that either we had not seen play or their performance was under-whelming when viewed in action with their respective high school team, but then “ball out” in a different setting.  These guys definitely fit the bill.

The 6’5 senior played exceptionally well for the SFL-based SOH squad.  While a bit thin, Luis is an aggressive offensive performer with a knack for getting his defender off balance and taking advantage of the situation.  A solid shooter from beyond the arc off the catch, Luis’ most successful method of attack appears to be between the three-point line and the basket as he is an effective mid-range shooter.  He also finishes well in traffic.  Luis recently received an offer for Northeastern out of Boston.  He should certainly receive more after his performances the past couple of months.

A 6’5 junior was a complete unknown until he showed out while playing up with SOH.  Solidly built, he is capable of playing either the “2” or the “3”.  Pimentel has the strength to overpower smaller guards and athleticism to get by bigger wings.  While Pimentel’s perimeter shot is reliable out to the arc, he is at his best when getting to the basket, where he completes plays thru contact.  His physical traits serve him well in the rebounding department, especially on the offensive end.  Our understanding is that his recruitment has taken off and no doubt D-I offers will continue to come his way.

All we can say is “WOW!” after watching the 6’5 sophomore play at various events the last month or so.  His improvement is off the charts from when we last saw him during the season.  Strong and athletic, he is a bull when taking the ball to the rim.  With excellent body control, he makes a lot of difficult shots in traffic.  Active on the glass at both ends of the court, James is quick to convert from defense to offense and finish above the rim on the break.  As his perimeter skills evolve, so will his recruiting level.