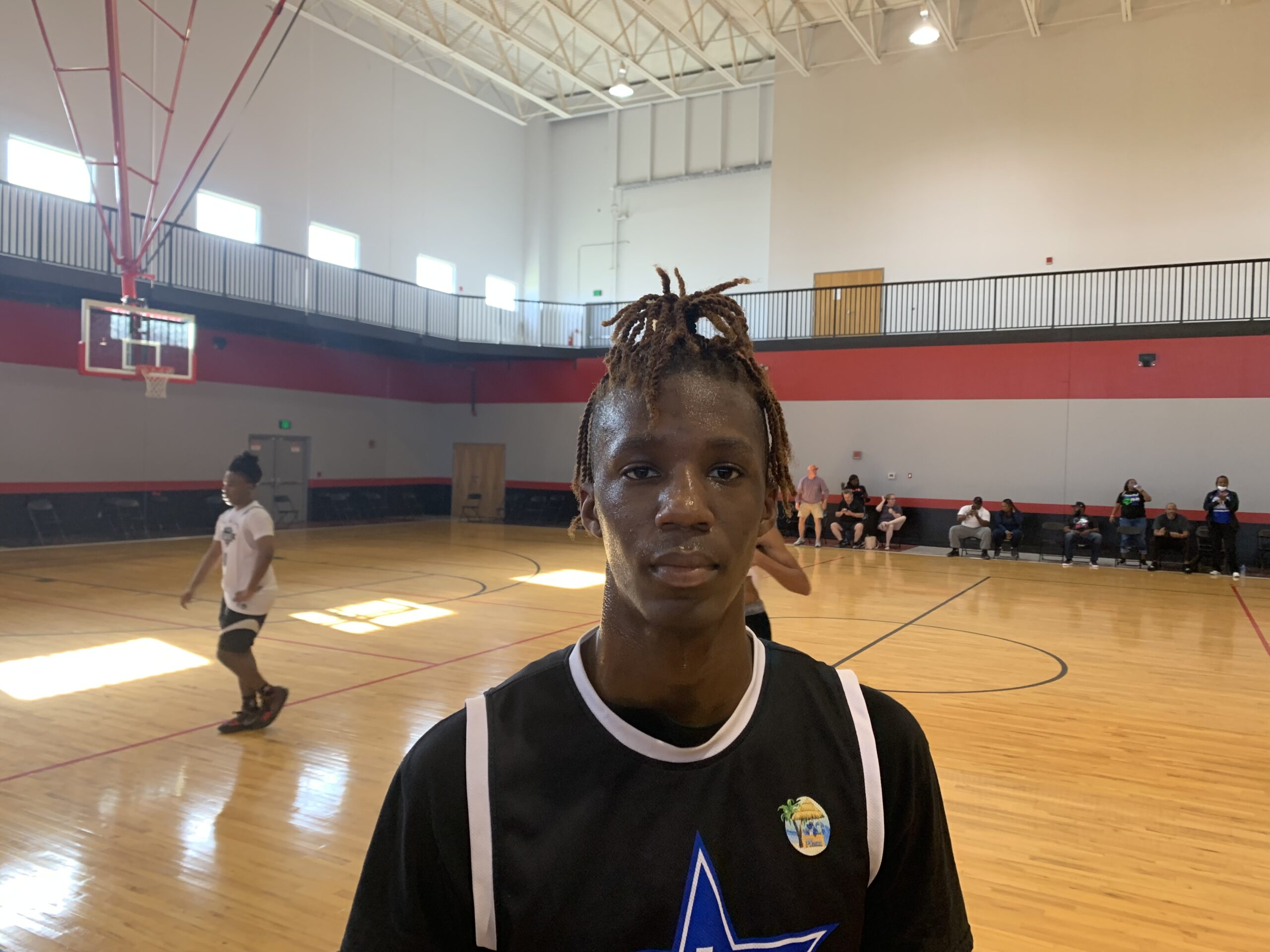 In this final report from the Travel Team Jamboree, we will turn the focus to some individual standouts in various age groups.

Kanye Gaines, TNBA South Santana 16U: A 6’6 forward from Leesburg, he did a good job of finishing around the basket and was an active rebounder at both ends of the floor.

Devaughn Stallworth, TNBA South Santana 16U: A 6’4 wing from Orlando Trinity Prep, he showed a deft scoring touch from fifteen feet and in.  He has a nice pull-up jumper from mid-range.

Ty Cannon, Kingdom Basketball Academy 16U: A 6’0 guard from Winter Garden Foundation Academy, Cannon proved to be a crafty scorer from all three levels.  He plays with a high level of confidence.

Jacob Osborne, Kingdom Basketball Academy 16U: A 6’3 wing from Foundation Academy, Osborne has a reliable shot out to the three-point line.  He can also score the ball driving to the basket.

Jermaine Council, Ball4Lyfe 16U: A 6’1 guard from The King’s Academy in West Palm Beach, Council is extremely athletic, fast, and quick.  He’s tough to keep out of the lane, pushes the pace, and can be disruptive on defense.

Jamiro Smith, E1T1 15U: A 6’0 guard from Fort Lauderdale Dillard, he impressed not only with his ability to score from various angles and distances, but also his activity on the offensive glass.

Malachi Martis, E1T1 15U: A 6’5 forward from Fort Lauderdale Calvary Christian, Martis scored on post-ups, one- and two-dribble drives from inside the arc, and surprised when connecting on a pair of three-pointers.  He moves well up and down the floor for a player his age and size.

Isaiah Richardson, 1 Family 15U: A 6’2 guard from St. John’s Creekside, he has a reliable perimeter shot, good instincts, and solid finishing capabilities around the basket.

Jeremy Nixon, 1 Family 15U: A 6’3 wing from Lakeland Kathleen, Nixon is a high level athlete with a solid frame.  He uses his physical gifts well to corral rebounds and score in the paint.

GianPaul Anderson, 1 Family 15U: A 5’10 guard from Sanford Seminole, he is quick with the ball, finishes in traffic around the basket, and has quick hands and active feet on defense.

Jye Thompson, Big Blue 17U: A 6’3 wing from Callahan West Nassau, Thompson is a strong driver with a good mid-range game.  He also rebounds well at both ends for his size.

Tahj McClain, Big Blue 17U: A 6’5 forward from Jacksonville Riverside, McClain impressed with his length, athleticism and activity in the lane.  He had a couple of nice assists and impactful blocks in the game we took in.

Dominick Scott, Big Blue 17U: A 6’4 wing from Jacksonville Riverside, Scott is a high-level athlete that gets a lot done thru sheer effort and hustle.  He scores on putbacks, in transition, short dribble-drives and quickly converts steals into scores.

Elijah Zuniga, FL Rebels Elite 17U: A 6’1 guard from Pine Ridge in Deltona, Zuniga is a cerebral player that understands the game and makes the most of the opportunities he creates.  He shoots the ball well from the perimeter, makes the right shot vs. pass read on drives, and is an alert distributor and defender.

Elijah Walsh, FL Rebels Elite 17U: A 6’5 forward from The Master’s Academy in Oviedo, Walsh is a very good athlete with three-point range, a quick first step, and explosiveness around the basket.