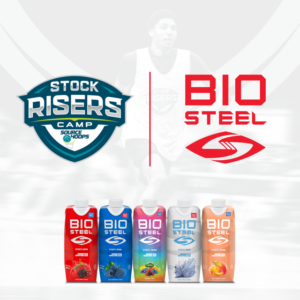 Source Hoops held its annual Stock Risers event this past weekend at St. Thomas University in Miami.  Over eighty players in the combined classes of 2021 thru 2024 participated. S/O to BioSteel for providing our campers with Clean. Healthy. Hydration

We will take a look at some of the standouts in each class this week.  In this edition, we focus on the current crop of seniors, the Class of 2021.

Jonathan Similien, Coral Gables: The 6’1 guard showed an ability to score from mid-range off the dribble.  He also scored well when driving to the basket.  Similien also rebounded well for his size at both ends of the floor.

Nata Santana, Land O’Lakes: The 6’1 guard shot the ball well, especially from behind the three-point line.  He was also quite active defensively, coming up with several steals.  Santana get a few easy baskets on putbacks.

Johnathan Joseph, West Palm Beach King’s Academy: The 6’2 guard impressed with his ability to score from all three levels.  He scored effectively off the bounce or the catch with his perimeter shot.  Joseph also push the ball in transition and made good decisions on the move.

Khamaury McMillan, Miramar: The 6’2 McMillan is a very good athlete at the point guard position.  He is fast with the ball, quick to the basket, and scores well in a crowd at the rim.  McMillan also rebounds well, especially at the offensive end.  He has very quick hands and feet on the defensive end.

Jabari Williams, Miami Calusa Prep: The 6’11 big’s best basketball is ahead of him.  He runs the floor, protects the rim, rebounds out of his area and can score inside if not pushed around.  As he physically fills out and gains strength, his ability to score in the lane will no doubt improve.

Jaden Grant, University School: The 6’0 point guard has the ability to run a team and knock down shots if needed.  His quickness allows him to be a good on ball defender the full length of the court.

Aubin Gateretse, Miami Calusa Prep: Another 6’11 big from the Calusa stable, Gateretse is a bit more skilled than teammate Williams at this time.  He is quick off the floor to take shots around the basket and does the same thing to challenge shots on defense.  Gateretse has the same attributes and future potential as Williams.

Justin Roseme, Lake Worth Santaluces: The 6’1 guard is very quick and explodes past defenders to score before the defense can adjust.  He thrives in an uptempo setting and looks to push the pace at every opportunity.

Caleb Gordon, Cooper City Westlake Prep: The 6’4 wing scored very well by moving without the basketball.  He connected on several shots in the lane from twelve to fifteen feet.  Gordon pursued offensive rebounds out of his area and got several easy baskets this way.

Fabian Diaz, Miami Dade Christian: The 6’3 guard impressed with his ability to finish in transitions.  He often scored through contact.  Diaz’s strength allowed him to win rebounding battles against bigger foes.

Sonny Matos, Miami Dade Christian: The 5’10 guard accepted his role as the point guard and performed well.  He found open teammates and got them the ball for open shots on drives in the half-court as well as in transition.  Matos also displayed a reliable perimeter shot put to the arc.