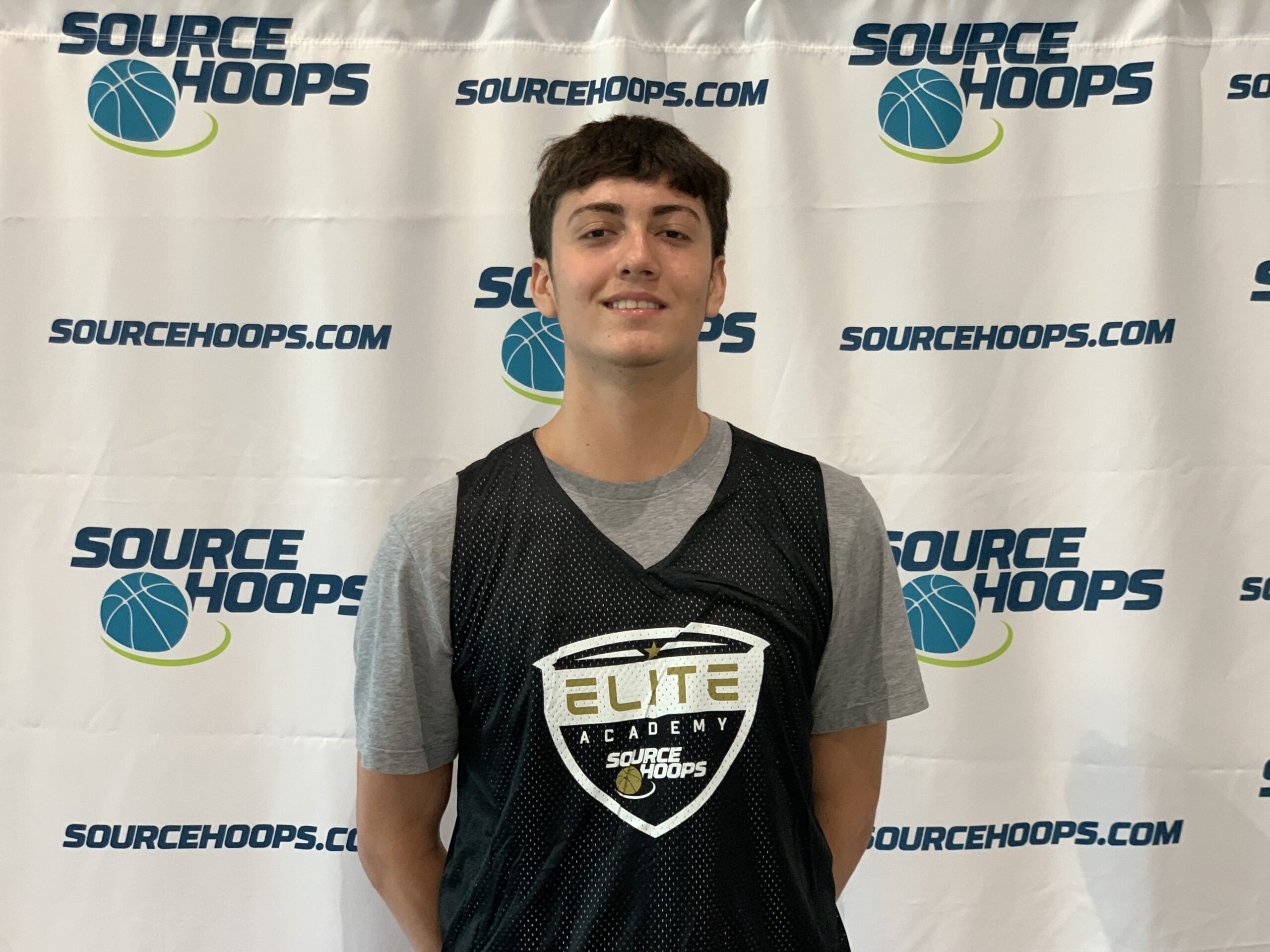 Our final report from the Freshmen & Sophomore Elite Academy that took place this past Saturday at The First Academy Fieldhouse in Orlando.

Justin Roman (pictured), Kissimmee Central Pointe Christian: A 6’6 freshman, Roman is skilled and more suited to play on the perimeter than in the post.  He shot the ball well and proved to be a good passer and ball-handler.  Roman also completed a few drives at the rim in traffic.  He played hard at both ends of the floor and controlled his rebounding area on the defensive end.

Max Simmons, Orlando The First Academy: A 6’0 freshman, Simmons was a vocal leader and immediately took command of the team.  He played both guard spots, was a decent perimeter shooter and got the ball quickly to open teammates when the shot wasn’t available.  Simmons played hard at both ends of the floor and was very active on defense.

James Rivera, Kissimmee Central Point Christian: Listed as a 6’9 eighth grader(!), Rivera was among both the tallest and the youngest attendees.  The young lefty has a good-looking stroke from the perimeter and made a few three pointers.  Despite a thin frame, Rivera doesn’t shy away from battling inside.  He will begin to win those battles as his body matures.  His future is bright.

B.J. Paige, Ocala Meadowbrook: The 6’2 freshman did not get caught up in a sometimes chaotic environment.  He played under control and made some good passes on the drive as well as in transition.  Much of his scoring came on drives to the basket.  Paige has long arms, active hands, and anticipates well on the defensive end of the floor.

Boris Radenovic, Winter Park Lake Howell: The 5’10 freshman is crafty and showed a good feel for the game.  He finds openings in the defense and moves well without the ball.  Radenovic shot the ball well from the perimeter, making shots on both sides of the arc.  He looked comfortable playing both on and off the ball.

Romie Cosby, Tallahassee Rickards: A 6’0 sophomore, Cosby showed some nice moves to the basket and the ability to score in traffic.  He handles the basketball with confidence and is a good passer on the move.  A very active on-ball defender, Cosby made bringing the ball up the floor very difficult for opponents.

Travis Bonjean Scott, Orlando Edgewater: A 5’10 freshman, Scott handles the ball well and does a good job controlling the pace; pushing it when possible but knowing when to slow down and set up.  He is a respectable perimeter shooter and made some nifty passes for buckets on the break.  An alert defender, Scott could frequently be found clogging the passing lanes as well as challenging opposing ball-handlers.

Jadrien Dos Santos, Winter Park Lake Howell: A 6’1 freshman, Santos shot the ball well from the perimeter on Saturday.  If the defense overcommitted, he put the ball on the floor, attacked the basket, and made good shot vs. pass reads on those drives.  Dos Santos rebounded well for his size at both ends of the floor.

Lucas Sutherland, Orlando Christian Prep: A 6’3 freshman, Sutherland didn’t score a bunch but he did other things well.  He found teammates for assists, pursued missed shots at both ends of the court, and was alert to help on drives on defense.  He will get better playing in the competitive environment that OCP is known for.