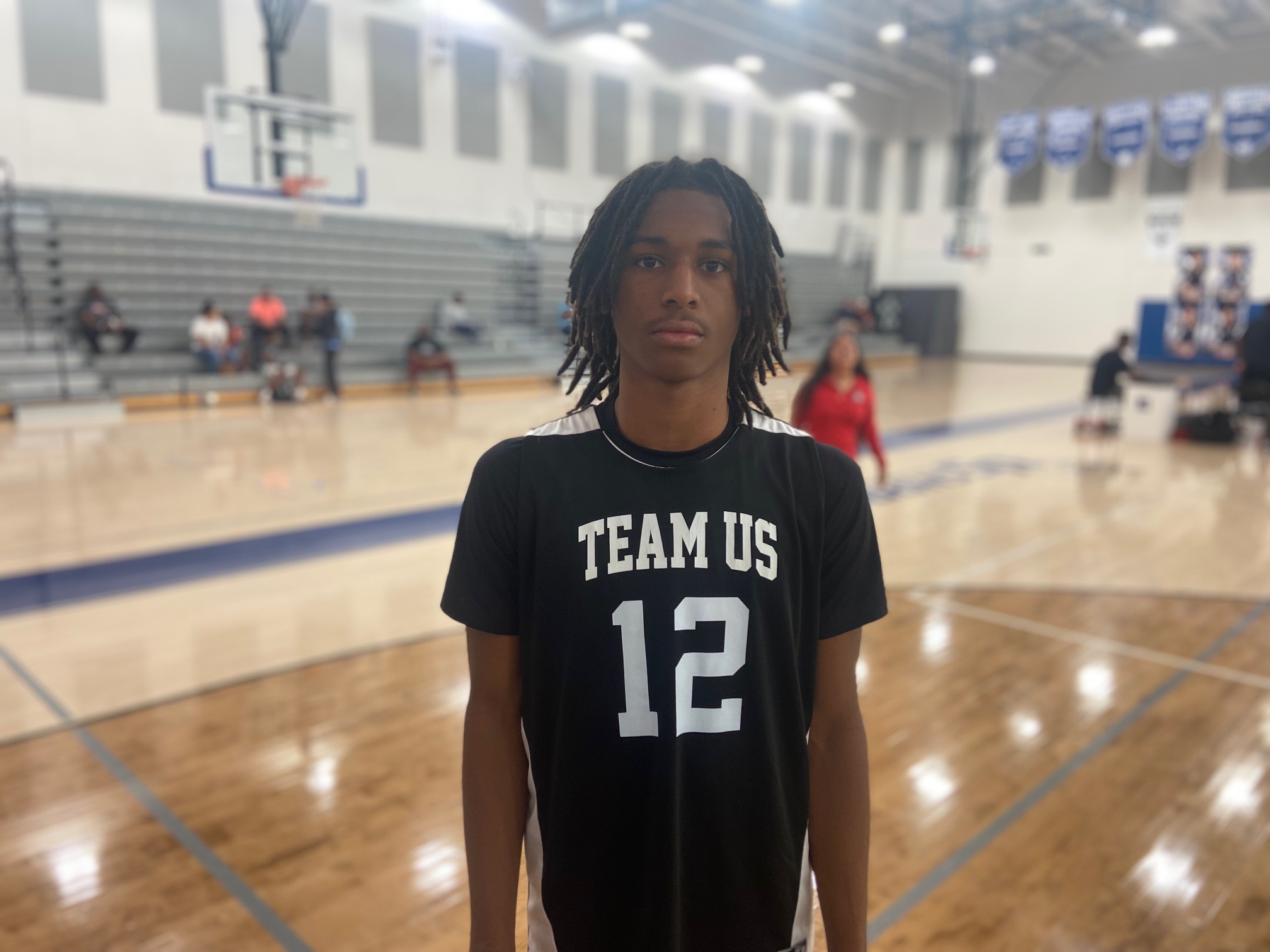 The Fall High School Team Showcase was held the past Saturday at “U-School” on the campus of Nova Southeastern University in Fort Lauderdale.  With two games running side-by-side throughout the day, we were able to get a sneak peek at several teams in the highly competitive South Florida area.  While some teams were missing some quality players due to football, the games were for the most part competitive and the intensity level high.

In the first game we caught Palmetto out of Miami taking on host team University.  For a 9 AM game, the play was very good.  University gained an advantage early on but the second half found Palmetto re-charged and they ultimately won by the score of 44-41.  Palmetto was missing junior guard Randy Smith but 6’0 junior Braylon Burbridge and 5’10 senior Matthew Mairena found a groove in the latter portion of the game to get Palmetto a victory.  U-School fielded no seniors, so it was a young club that took the floor.  Julian Granville, a 6’3 junior, paced the team with his ability to score and distribute.  Patrick Liburd, a 6’4 sophomore, and Navan Shabazz, a 6’4 freshman, are players to keep an eye on for the future.

In game two, King’s Academy out of West Palm Beach took on North Miami Beach.  King’s was missing several dual-sport athletes that its coach projects to be either starters or contributors.  However, you couldn’t tell by how competitive this six-man group was.  The Lions kept it close the entire game and had chances to claim victory but North Miami Beach had a variety of players come through and take a tough 61-57 win.  Vamir Avin, a 6’3 senior at NMB, consistently made big plays down the stretch to get his team the win.  James Shoenfelt, a 6’2 senior at The King’s Academy, was impressive with his play.  Though playing out of position at the point guard spot, Shoenfelt showed he’s a prodigious scoring threat that can make plays for himself and others.

We got another look at Palmetto in game three when they took on Cardinal Gibbons out of Fort Lauderdale.  This game was highly competitive and just like Palmetto’s first game, it came down to the wire before Palmetto pulled out a two-point, 53-51 win.  Again, Burbridge and Mairena brought Palmetto back after trailing most of the game.  This time around they got additional production from 6’4 sophomore Michael Rodriguez on the interior.  Gibbons was missing its best player in Casey Ettienne and some others to football, but they won’t use that as an excuse.  Caleb Alcucious, a 6’5 senior, was effective inside and out for Gibbons while 6’3 sophomore Marcus Pierre and 6’0 junior Sam Vil showed they should be able to make a significant impact this coming season.

Not all games can be competitive and sadly the Jupiter vs Norland game was a clunker.  Jupiter came in with great size but Norland countered with speed.  The result was a 61-25 win for Norland.  Carl Parrish, a 6’3 senior for Norland, should be one of the better seniors in Miami-Dade this coming year.  A pair of juniors, 6’7 Kendrick Preston and 6’6 Tristan Wilson, will make their presence known.  Marcis Ponder, a 6’9 freshman, got some significant time and looks like he can be as good as he wants to be in the future.  Norland may have lost nationally-ranked Marcus Allen to transfer but the Vikings will still be in the mix when the playoffs come in February of 2023.  As for Jupiter, the team bounced back later in the day with a strong performance against a tough and scrappy Hallandale team.  The Jupiter coaches seem genuinely excited about this upcoming season and feel the players they were missing on Saturday will team with 6’8 senior Juan Rodriguez to make the team quite formidable.

Southridge out of Miami came north and put on a show against an American team that will be better than the final of this game indicates.  Southridge got out early and never looked back in a 71-46 win.  Koree Cotton, a 6’6 senior, is arguably a top forty player in the state and he produced as expected.  However, we came away impressed with the play of 6’0 senior Anthony Dozier and 6’0 junior Ray Daniels.  Those three are bucket getters and will make Southridge a contender to go very deep on the state playoffs.  For American, no one player stood out but as a group they are tough and scrappy.  When other teams see them on the schedule, they better be prepared to play at team that will scratch and claw at both ends of the floor until the final buzzer.

Somehow, Hialeah Gardens came to the event without any numbered jerseys.  Consequently, there was no way to identify the players.  However, it didn’t stop them from dispatching a Miami Pace team by a large amount, 65-20.  Pace just couldn’t seem to take care of the basketball and Hialeah Gardens took full advantage of those miscues.  Gardens also got a lot of three balls to go down.  Pace bounced back later in the day to win a close one over Miami Prep, so one has to give the Spartans credit for not getting down on themselves after a poor performance.

We got a far more competitive game when Pam Beach Prep took on Hallandale.  Hallandale will ride that talents of 6’0 senior Anthony Floyd on offense and the supporting cast will make enough plays on offense to make them a tough out during he season.  Palm Beach Prep will play a challenging post grad schedule but with the likes of 6’8 C.J. Beaumont, 6’7 Tareeq Anderson, and 6’0 Jaiden Miller, Prep will be both competitive and successful.

Hialeah Gardens faced a much more difficult challenge against Chaminade-Madonna in the next game.  Another game in which the lead changed sides multiple times, it was Chaminade that was on top when the final buzzer sounded, 54-49.  Chaminade’s main contributions came from its underclassmen.  Sophomores Lorenzo Major and Michael Watson, along with freshman Jaden Joseph, took turns making plays on defense and scoring points on offense to give Chaminade the win.  Would love to give some shout outs to some Hialeah Gardens guys but without jersey numbers and a roster, we just have to say they will a tough out this season and take them lightly at your own peril.

The last contest we were able to take in was Plantation taking on Somerset Pines.  Plantation won a tough game against North Miami Beach earlier in the day.  Somerset got rolling early and Plantation could never mount a consistent attack at either end of the court.  Somerset won going away 69-38.  Jami Hagger-Tejada, a 6’1 senior, and 6’4 senior David Delancy made for a potent combination for Somerset.  Freddy Acosta, a 6’5 senior, came off the bench and provided plenty of energy and excitement for Somerset.  As for Plantation, they are an extremely athletic bunch and our guess is once they get some practice in and get on the same page, especially at the defensive end, they will be a team nobody in the BCAA will look forward to playing.