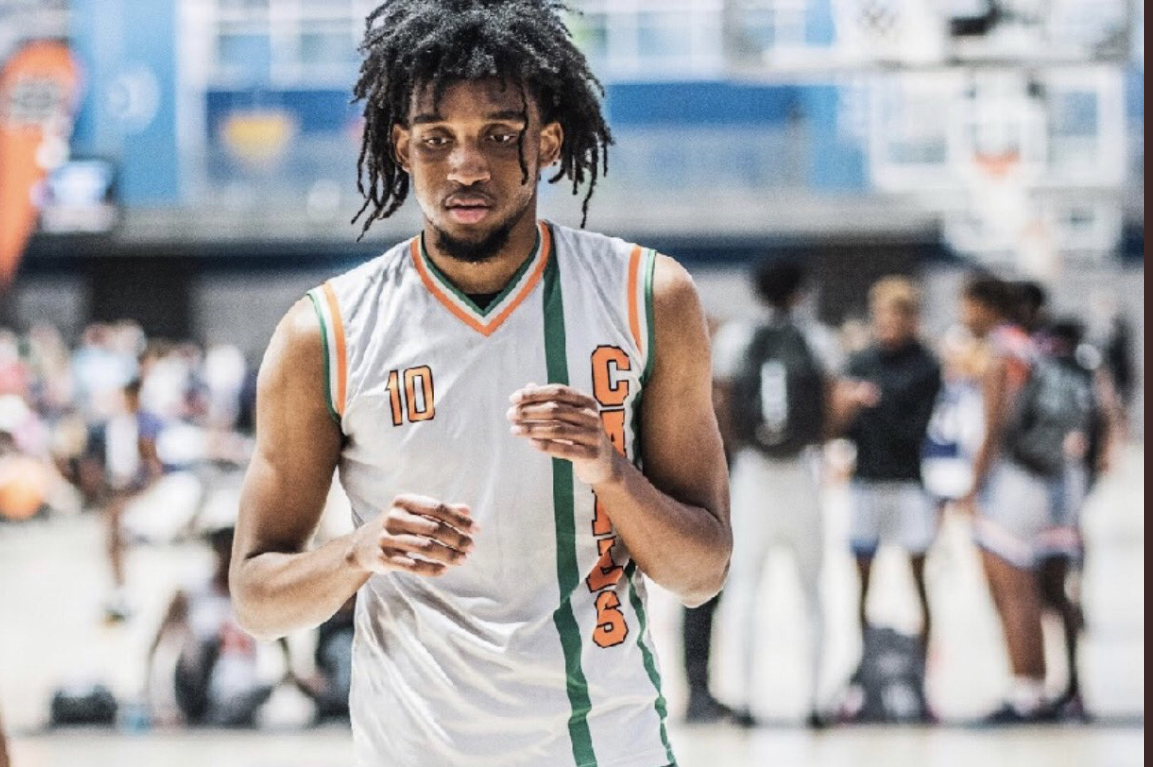 Ryan Bewley, Team Breakdown: The 6’9 sophomore, now at West Oaks Academy, showed well this weekend.  With twin brother Matt nursing an injury, Ryan got to show what he can do as a solo act.  He is very capable of playing either the “3” or the “4”.  When on the wing, Ryan makes quick drives to the basket and finishes with authority.  He is capable of making open perimeter shots but he prefers to challenge the defense with the dribble.  His length and leaping ability make him a superior shot blocker and rebounder with the ability to grab the ball off the glass and push it up the court on his own.  We also like how he plays with passion and aggression on both ends of the floor.

Rolijah Hardy, CP 25 2023: Another sophomore standout, the 6’1 guard out of Winter Haven had a very productive weekend.  He can play either guard spot as he is a dangerous perimeter shooter, fearless driver, and makes sound decisions with the basketball.  Hardy knows when to push the pace and when to slow the tempo down.  Defensively he has active hands and feet along with excellent anticipation for where the ball is heading.

Perry Robinson VI, White Tigers Gold: A 6’7 post-grad from Central Point Christian in Kissimmee, the Georgia native is a high level athlete on the wing.  He attacks the basket with a vengeance and finishes consistently through contact.  Robinson has a respectable perimeter shot with range to the three-point line and is a rugged rebounder at both ends of the court.

Dario Baigei, White Tigers White: Another post-grad from Central Point, Baigei was one of the top long-range shooters at the event.  The 6’6 wing is best when he can catch and shoot and his range is out to the NBA line.  He will put the ball on the floor and head to the rim if his jumper is over-played.  Baigei plays with a swagger and attitude but must learn to keep it in check when things get heated.

Jeremiah Barze, Team Orlando: A 6’5 senior out of Orlando Jones, he impressed as a slasher that draws contact, scores, and hits free throws.  Barze also proved to be a solid perimeter shooter and better-than-expected passer, often playing the role of point forward to get his teammates involved in the contest.  A good athlete with length, Barze defends multiple positions and is quick to the glass for rebounds on both ends of the floor.

Marcus Allen, FL Exclusive: The 6’4 senior from Winter Garden West Orange caught our attention early in a Sunday afternoon game.  He made a couple of perimeter shots early and also got out on the break and finished ahead of the defense.  A quality athlete with length, Allen runs the floor and actively pursues rebounds at both ends.  He also anticipates well for steals and blocks on the defensive end