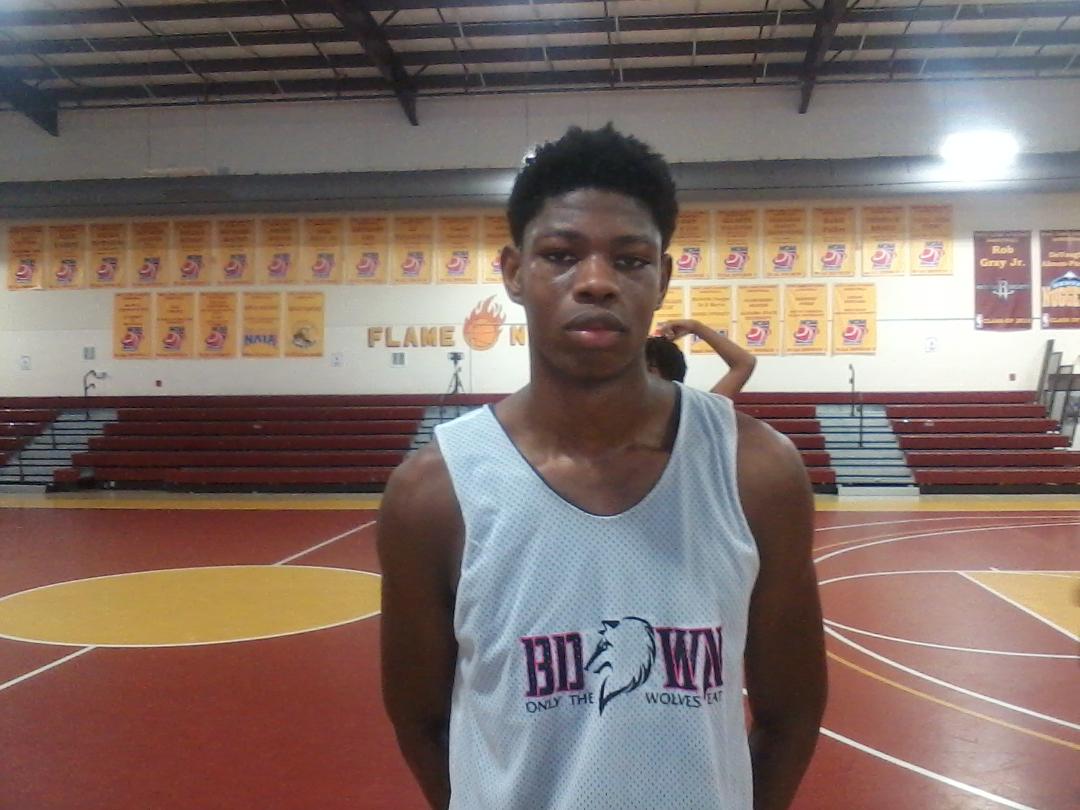 The Showtime Ballers held their second Round-Up session this past weekend at West Oaks Academy.  A series of showcase games between some of the better teams in the state made for some high-level basketball all three days of this past long weekend.  Below are just a few of the standouts.

Jaylen Martin, Showtime Ballers: The 6’5 junior from Florida High in Tallahassee had a tremendous weekend playing for both the 2021 and 2022 Showtime teams.  In less than 24 hours over the course of three games Martin exploded for 33, 32, and 36 points.  He got them in a variety of ways as his three-ball was consistently connecting and he routinely finished drives in traffic through contact at the rim.  Martin has developed into a multi-level scorer and has a good understanding of when to shoot, drive, or pass to make the best play available.

Jayden Hastings, Team Breakdown: The 6’9 sophomore from Orlando Christian Prep was nothing short of amazing during Sunday’s contest.  He did it all: blocking shots, grabbing rebounds at both ends, scoring with either hand around the rim and running the floor for scores.  His agility and coordination have greatly improved and the result is much greater athleticism and bounce.  On one particular play, he blocked a shot, grabbed the ball out of the air, pushed the ball up the floor on his own, and completed the play with a fierce throw-down.  Hastings has always oozed potential and this weekend showed he is well on his way to achieving (and maybe surpassing) those expectations.

A.J. Neal, Showtime Ballers: The 6’1 senior from West Oaks Academy in Orlando is the epitome of the new age basketball philosophy of making threes or getting to the basket.  He does both very well.  Neal has near-“Dame” range and he hits those consistently.  All too often defenders think he won’t pull from that deep and this gives Neal open looks.  Play up on him too close for the shot and he is heading to the basket.  Once the defender is on Neal’s hip, its over: either it’s a bucket and one or a trip to the foul line, where he is deadly.

Angel Pimental, SOH Elite: A 6’5 junior out of City of Life Christian in Kissimmee, Pimental had a very solid showing against Showtime in their Sunday Showcase Game.  Solidly built, he’s capable of playing either the “2” or the “3”.  Pimental has the strength to overpower smaller guards and athleticism to get by bigger wings.  He has a reliable perimeter shot but is at his best when getting to the basket, where he completes plays thru contact.  His physical traits serve him well in the rebounding department, especially on the offensive end.

Craig Starks, Team Takeover: The 6’7 senior from Hialeah Mater Lakes put in work against a group of post-grads from Central Point Christian Academy.  An athletic insider with strength and bounce, Starks knows how to carve out space and muscle up shots in the lane.  He pursues rebounds out of his area and comes up with more than his fair share.  Starks plays very hard and is a physical defender and lane protector.  He is quick up and down the court in transition and looks to get lobs and easy buckets any way he can.

Kasai Fontenez, Showtime Ballers 2022: The 6’2 junior at West Oaks Academy is a savvy lead guard that can find others for easy scoring opportunities as well as put points on the board himself.  He has a crafty handle and makes good decisions with the ball on the move.  His shooting range extends to the three point line and he can pull up from mid-range and score over defenders.  Fontenez plays with great pacing and isn’t fazed by pressure.  He can also push the pace and make get the ball to the right teammate for scores in transition.

John Gamble, CP25 2023: The 6’5 Punta Gorda Charlotte sophomore is an Olympic-class athlete.  With excellent quickness and body control, Gamble gets to the rim in the most unusual ways and scores from some difficult angles.  An absolute terror in transition, Gamble finishes well above the rim.  If he gets to the ball with no defender between him and the basket, get the camera rolling and your Instagram account ready.  He’s a streaky shooter but if he puts the time and work into it, he could become close to unstoppable.  His length, agility, and quickness make him an ideal defender.  Right now, his athleticism allows him to do things many others can’t.