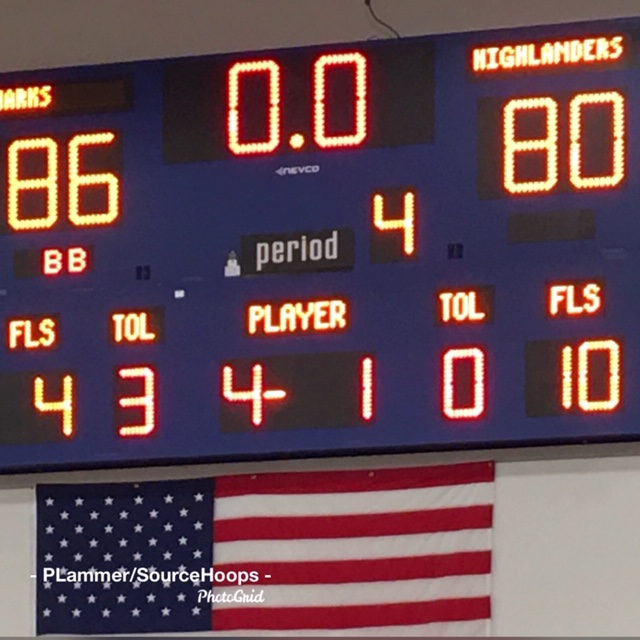 University School rallied to defeat Lake Highland Prep, 86-80, in a back-and-forth thriller between Broward and Orange County powers Saturday in Davie. Here are 5 takeaways from U-School:

University School 2020 shooting guard Roger McFarlane may well have played the best game of his travel and high school career. The 6-foot-4 McFarlane canned 14 of 22 field-goal attempts on the way to a 37-point, 6-rebound performance. “One of the best games I’ve had,” McFarlane said afterward. “You know, just coming in before the game, getting our shots. Trying to lead my team to a win.” At one point late in the third quarter, it turned into a 3-point barrage between McFarlane and LHP soph Brice Sensabaugh. The pair combined for nine 3-pointers in the contest. Georgia State and Appalachian State are recruiting McFarlane the hardest.

These two may meet again

Saturday’s showdown could end up being the appetizer between these two 10-3 Class 4A Florida powers. Two of University School’s three losses are to out-of-state programs. The Sharks are the two-time defending state champions. Lake Highland Prep has lost to U-School, Orlando Jones and Apopka. “The idea is that these guys at some point … the state title is probably I would imagine they are going to be right in the mix and so to test ourselves and see exactly what we are made of,” said third-year Lake Highland Prep coach Ben Fratrik. The game was tied 55-55 at the end of 3 and LHP led 66-60 with 5:40 remaining before U-School finished on a 26-14 run.

The 6-4 Sensabaugh, who has an SMU offer, is active. He beat the U-School defense down the floor for several layups and drilled four 3s. He made 8 of 16 from the field and 2 of 2 from the free-throw line for 22 points. “Offensively, Sensabaugh’s been off the charts,” Fratrik said. “As a sophomore his skill and his ability to put the ball in the basket is really, really good. Still working on him defensively and off the ball.” 6-7 2021 Gabe Ferguson (Stetson offer) made 8 field goals for 16 points and 7 rebounds. 2022 point guard Jared Berry scored 12 points and had 8 assists.

U-School 2022 big Taylor Hendricks scored 13 points and grabbed 12 boards. He was 5 for 11 from the field. “It was a tough game,” said Hendricks. “They were knocking down 3s and we were just trying to respond.” The 6-8 Hendricks’ latest scholarship offer came from Wake Forest. He has Wake, Florida, Florida State, Iowa State, Miami and USF.

Jett Howard played well in the first half, making 3 of 7 shots for 9 points. But the University School star sophomore guard hardly saw the floor in the second half. Howard missed time with an injury over the holidays and coach Ron Oliver said he went with the hot hands when the Sharks got rolling. … Senior Jace Howard tweeted after the game: I’ll be announcing my college decision this month. #Blessed. … Former U-School star Vernon Carey Jr. is back in the state this weekend with Duke playing at Miami Saturday night. Carey led U-School to back-to-back Class 5A state championships and GEICO Nationals berths. He was named the state’s Mr. Basketball the past two seasons.