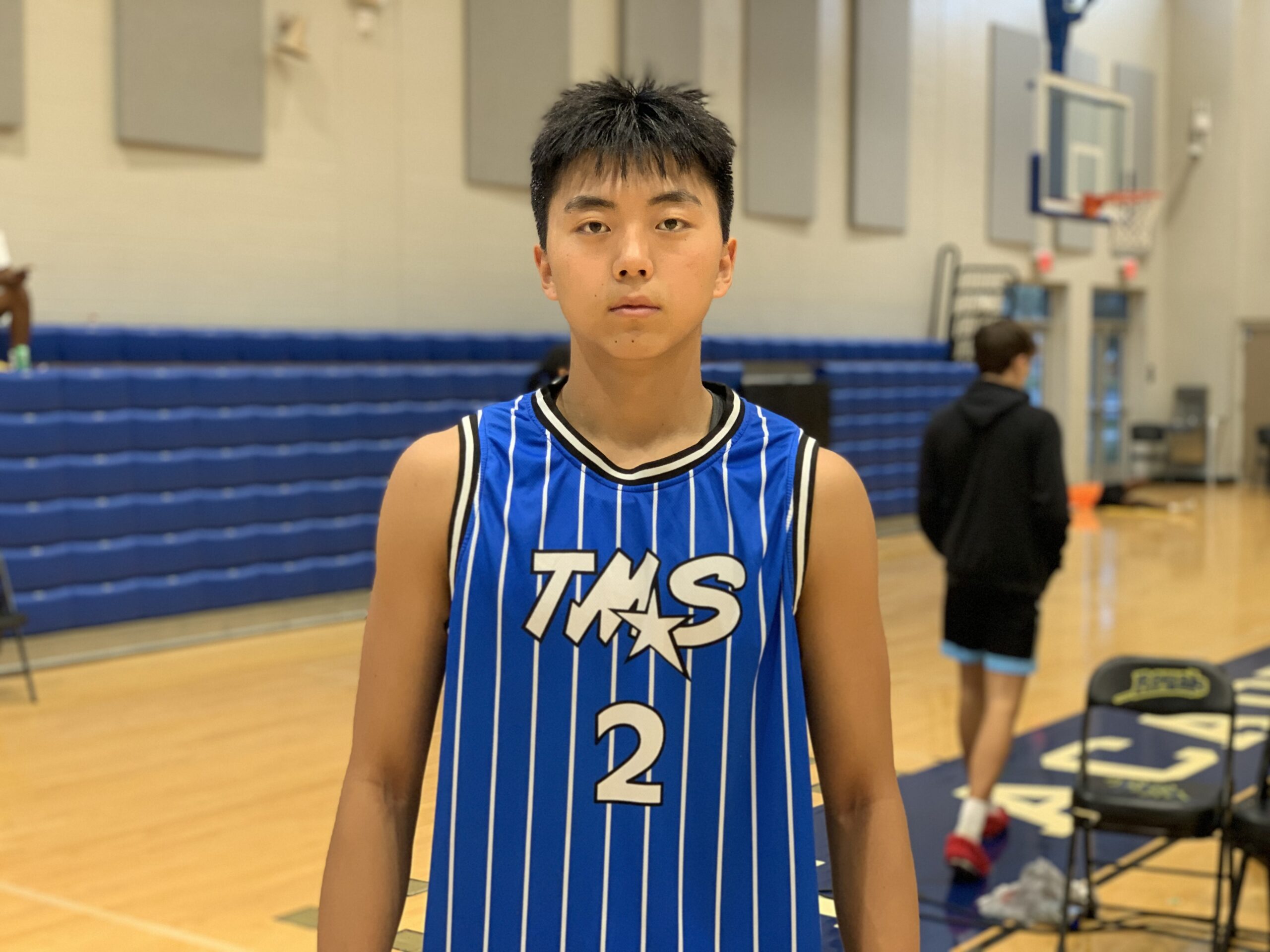 An abundance of talent was on display this past weekend at the Orlando Summer Showcase held at The First Academy.

Paul Djobet, Showtime Ballers – A 6’7 rising senior at Orlando West Oaks Academy, Djobet was nothing short of scintillating in his outings with Showtime.  Physically, he has everything high-major D-I programs are looking for: positional size and length, a large dose of run/jump athleticism, and a motor that runs high.  Djobet has an abundance of scoring tools from all three levels.  He is quick off his feet and has a soft touch around the basket, both a floater and pull-up off the dribble inside the arc, and has deep range on his perimeter shot.  Djobet has a nose for the ball coming off the rim at both ends, covers a great deal of area quickly on defense and has the physical tools to defend multiple positions.  All that being said, Djobet was only operating at about 70-75% effectiveness due to a knee injury in the spring.  We can’t wait to see what he looks like at 100% come this fall.

V.J. Edgecombe, SE Elite – A 6’4 junior wing playing up a level, Edgecombe continues to be one of the breakout prospects of the summer.  Heading to Long Island Lutheran of the NIBC this coming fall, Edgecombe makes a living out of going strong to the basket, both in transition and in half-court sets.  With a quick first step, he gets by most defenders and uses excellent body control and concentration to score in traffic thru contact.  While we didn’t see much in the way of scoring from the perimeter this weekend (just 1-2 on jump shots), Edgecombe’s shot has good mechanics and he hit his free throws at a solid clip.  While not a point guard or primary ball-handler at this stage, he makes good decisions with the ball on the move and rarely turns it over.  Defensively, he moves his feet quickly, uses his long arms and active hands to generate tips, deflections, and steals, and is quick to help and recover.

Iyran Francis, Showtime Ballers 15U – A 6’6 rising sophomore from Munroe just outside of Tallahassee, Francis was a revelation all weekend long.  He plays hard, sprints the floor every possession, and doesn’t shy away from the physicality that comes from playing inside.  Francis scored well on quick post moves and was a consistent factor on the offensive glass.  Defensively he does a good job of protecting the basket, rebounds out of his area, and is quick to outlet the ball and sprint down the floor in transition.  Physically and skill-wise, Francis will continue to grow and with it so will his recruiting profile.

Xavier He, Team Speights – A 6’6 rising junior from Feltrim Academy in Haines City, He is a native of China by way of Canada.  Regardless of where he is from, He has game.  He has good size for a wing and a solid skill set.  With a reliable jump shot that stretches past the arc, good court vision and passing instincts, and a bit of a swagger that few Asian players exhibit, He does a lot to fill up the scorebook.  While a good athlete and a willing rebounder and defender, He will get better in those areas as he gains strength and physically matures.  Hopefully, he can stay in the states and continue to develop his frame and overall game.

Noryan Thomas, CP25 Adidas Gold 2024/Dakota Morris, CP25 Adidas Gold 2024 – Thomas, a 6’5 rising junior at Daytona Beach Mainland and Morris, a 6’5 rising junior at Florida State High in Tallahassee, are almost mirror images of each other.  Both have solid frames, abundant athleticism, and play with a great deal of energy.  Opportunistic scorers, each makes a living on put-backs and quick shots around the rim after drop-offs from penetrating teammates.  Playing bigger than their size, each gets to rebounds quickly, win battles against taller players in the post, and will swat shots into the stands if the opponent comes in soft.  Because of their effort and energy, Thomas and Morris give their respective teams a chance to win every time they step on the court.

Victor Maisonet, Florida Sharks – A 5’10 rising senior at City of Life Christian Academy in Kissimmee, Maisonet had a solid outing against Showtime Ballers in the Saturday nightcap.  He went for 17 points and showed off a reliable three-point shot that he knocked down off either the catch or the dribble.  Maisonet pushed the pace whenever he had the chance and generally made good pass vs shot decisions, finishing the game with five assists.  He put in a solid effort in guarding the basketball and was quick to grab any loose balls in his area.