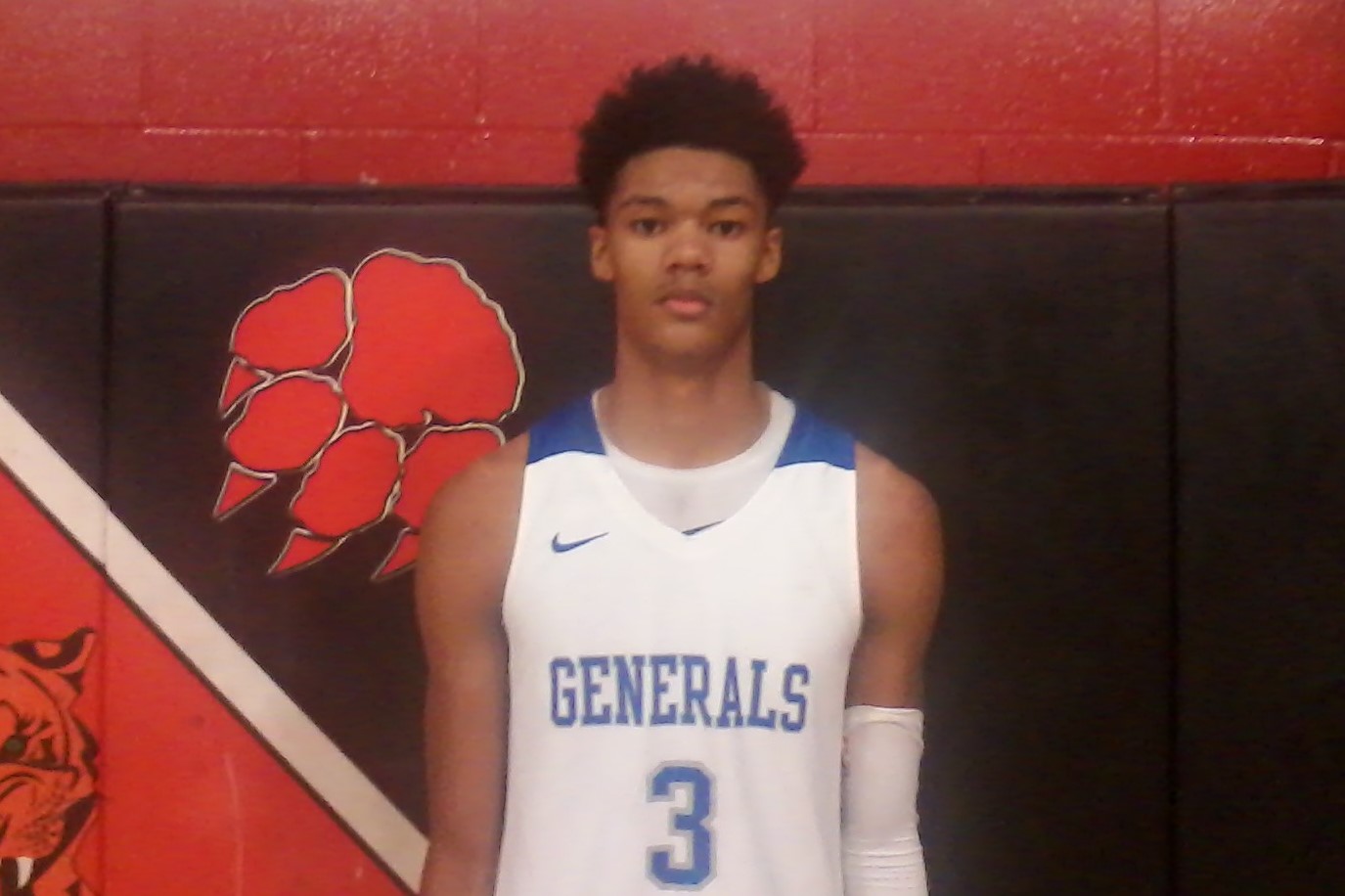 Alex Fudge, Jacksonville Lee: The 6’7 junior shows no ill effects from a broken wrist suffered in the fall.  He’s extremely bouncy, has a wide wing span and is very quick off the floor to grab rebounds or block shots.  Fudge is a highlight waiting to happen in transition.  Most of his points come that way, as well on lobs against a set defense, offensive rebounds, and short drives to the basket.  He is somewhat forced to play inside on his high school team and doesn’t have many plays called for him, so his full arsenal probably wasn’t seen this past weekend.

Josh Minott, Boca Raton St. Andrew’s: The 6’7 slender junior is a point-forward with a lot of skill.  Despite a low release, Minott’s jumper is accurate to the three-point arc and beyond.  He is a solid ball-handler and distributor as St. Andrew’s offense runs through him.  He uses his length well on the defensive end to block shots, deflect passes, collect steals, and haul in rebounds.  Minott is a grab-and-go rebounder that can push the ball up the floor without having to give it up to a guard.  Don’t be surprised if he becomes a national-level recruit this summer.

Noah Tovar, Fort Lauderdale Calvary Christian: The 6’3 junior is a point guard with size and scoring skills.  He is very good at creating open shot opportunities for teammates as well as himself.  Tovar uses ball screens well and his shooting range is accurate well past the high school three-point line.  His size allows him to help out on the boards at both ends of the floor.  Tovar is an above-average athlete that is solid on defense.

Shakur Poteat, Orlando Jones: As we’ve mentioned before, the 6’1 senior is dangerous from deep with his jumper.  He knows how to draw fouls and converts at a high level from the free throw line.  Poteat is a crafty ball-handler and generally makes good pass vs. shot decisions.  He is a solid defender as he keeps his hands and feet active.

Teron Haywood, Jacksonville Lee: The 5’10 junior is the consummate point guard in that he makes his team and teammates better when he is on the floor and the ball is in his hands.  Haywood routinely knocks down perimeter shots and has a dangerous floater in the lane.  He also attacks the rim with the dribble, putting great pressure on the defense, draws fouls and connects on free throws, and is also a pesky defender.

Markell Allums, Orange Park Oakleaf: The 6’2 junior guard was solid on Friday with his ability to create and make shots from the mid-range area while also getting the ball to teammates for scoring opportunities.

Caleb Young, Pensacola HS: The 6’4 sophomore is thin, long, and possesses a picture-perfect stroke on his jumper.  He hit shots out to the arc but also showed an ability to drive and score if over-played.  On Friday, he made good decisions with the ball and proved to be a versatile defender.

Carl Cherenfant, Fort Lauderdale Calvary Christian: The 6’4 freshman is an electrifying athlete with length and plays with a high level of intensity and energy.  He is very quick to the basket with one to two dribbles and finishes well above the rim.  Cherenfant is a versatile defender that can switch out to guard smaller opponents on the perimeter or defend players in the post.  Once he becomes more skilled on the offensive end, his potential increases enormously.

Corey Humbles, Orange Park Oakleaf: The 6’6 junior impressed with his length and rebounding abilities Friday night.  He scores well when he can secure the ball in the paint.  Humbles runs the floor well, protects the basket, and makes a lot of hustle plays.

Isaiah Gaines, Pensacola HS: The 6’6 junior has a solid frame and a subtle game.  He rebounds on both ends and challenges shots around the basket.  He is a good passer from either the high or low post and has a soft shooting touch from about ten feet and in.

Sterling Young, Fort Lauderdale Calvary Christian: The 6’3 senior was a surprise performer that did a little bit of everything for his squad Friday night.  He shot the ball well from the perimeter, completed drives at the basket, and was quick to run the floor which resulted in several transition baskets.  Young also showed to be a quick defender that is active in the passing lanes.

Dontae Beaufort, Jacksonville Lee: The 5’7 junior’s 10-13 performance from deep spoke volumes Friday night.  However, Beaufort isn’t just about shooting the three.  He’s a smart player at both ends of the court, handles the ball well, and is a high-level harasser on defense.

Deandre Devaughn, Jacksonville Lee: The 6’1 senior shot the ball well from deep for the Generals and made a lot of high IQ plays that don’t show up in box scores.  He did a nice job as a secondary ball-handler versus pressure, move the ball quickly on the perimeter, and worked tirelessly on the defensive end.