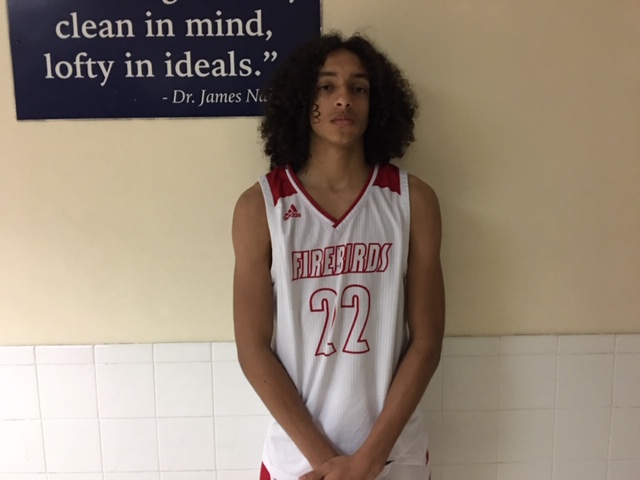 Doral Academy guard Devin Carter, one of the Sunshine State’s top 2020s, has yet to cut things down recruiting-wise.

Tuesday night, the 6-foot-4 Carter poured in 32 points on 12-of-19 shooting during a 60-53 victory over Hialeah Gardens Mater Academy. Carter is the son of Miami Heat assistant coach Anthony Carter and is in just his second year at Doral (8-2) after moving from Colorado.

As a junior, he was named the state’s Class 7A Player of the Year. This year, Carter is averaging 30.6 points and 9.9 rebounds after a stellar spring and summer on the adidas travel circuit with Team Knight.

Doral head coach Jorge Fernandez said Tuesday, “I’ve been saying it, I don’t think there’s a better player in town than him. He made a lot of plays. They were up in to him, now. He had to work hard.”

I talked with Devin after the game Tuesday to get an update:

Q: It’s your senior now. How do you assess where you guys are at?

A: I feel like we’re playing really good now, because at the beginning of the season it was a little shaky. Everybody was just starting to know each other. But I think we’re coming along really good.

Q: What’s the latest recruiting-wise? Anybody on you the hardest or who are you talking to?

A: Notre Dame just started talking to me and then UConn and then South Carolina. East Carolina just offered me.

Q: Notre Dame and the ones you mentioned first, have they offer yet or just talking?

A: One of the [Notre Dame] coaches — coach [Ryan] Humphrey — said he’s going to come down and see me practice and stuff.

Q: What factors are most important to you in picking a school?

A: Most important to me is wherever I feel like it’s a family environment to be at.

Q: Too early or do you have a favorite at this point?

A: I don’t have a favorite right now. I have to take visits.

Q: Do you have a timetable for a decision?

A: I plan to decide in March.