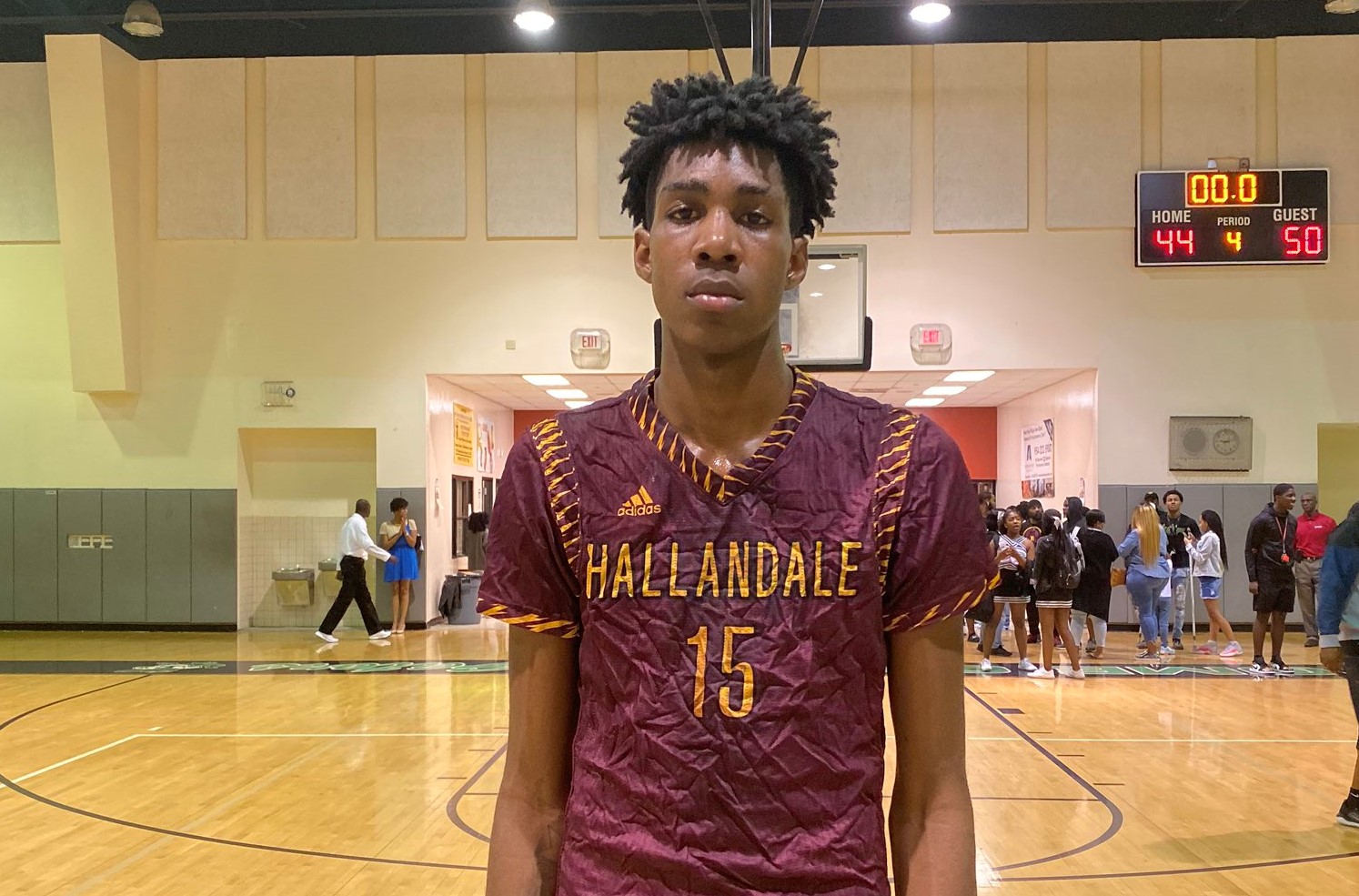 Alecks Szymczyk, Lakeland Victory Christian: The 6’10 junior is a young big with size and skills.  In the game we took in, he dropped in a thee pointer, drew fouls driving to the basket, and showed basic post moves with a soft touch around the rim.  He rebounds his area, runs the floor and challenges shots.  Szymczyk needs strength (and vowels) but that will come as he physically matures.

Andreas Milan, Lakeland Victory Christian: The 6’6 junior is a prospect with length and potential.  He is comfortable playing on the perimeter but at this point he is a better driver than shooter when it comes to scoring.  His length makes him a good rebounder and defender both in the post and out on the wings.

Miguel Santos, Lakeland Victory Christian: The 6’10 senior is more finesse than power.  He shoots the ball well from the perimeter and is a good passer.  He is an above-average run/jump athlete that will block or challenge shots in the lane and rebound the ball in traffic.

Chase Farmer, Land O’Lakes: The 6’3 senior is a pass-first guard that rarely hunts his own shot.  When Farmer does shoot, he usually connects with a high rate of success.  He is a solid ball-handler and always looking to make the extra pass to get a teammate a score.  Farmer rebounds well for the position and is an active and alert defender.

Mekhi Perry, Land O’Lakes: The 6’2 senior is a strong scoring guard.  He gets great elevation when going up for his shot both off the catch and the dribble and Perry hits consistently from the perimeter.  Perry scores well off the dribble from all three levels.  He is strong with big shoulders and plays a bit bigger on the defensive end due to his strength.

Jaden Martin, Hallandale: The 6’7 senior is a long athlete that gets up in the air and down the floor swiftly.  He’s active on the glass and his length allows him to play bigger and challenge shots on the defensive end.  Martin scores well around the basket and makes the most of his opportunities inside.

Deon Brown, Tampa Bayshore Christian: The 6’0 junior proved to be a dangerous scorer with his ability to come off ball-screens and either knock down jump shots or score in traffic at the rim.  He’s a solid ball-handler vs. pressure and generally makes the right pass vs. shot decision.

C.J. Crews, Tampa Bayshore Christian: The 6’2 lefty junior uses an accurate three-point shot to set up his drives to the basket.  Crews has a quick release and needs very little room to get his shot off.  He’s a strong driver to the basket and earns a lot of trips to the free throw line, where he converts at a high rate.

King Wakefield, Sarasota Booker: The 5’11 junior did a good job of both running the offense and scoring as he has reliable range out to the arc.  Wakefield is a solid ball-handler and decision maker, looking to push the pace at every opportunity.  He is an effective defender with active hands and feet.

Noah Dubose, Sarasota Booker: The 6’2 senior made a living of driving to the basket, scoring, going to the foul line or both.  He plays the passing lanes well on the defensive end and consistently converts steals into scores.

Max Jones, Clearwater: The 6’5 senior had a breakout performance at the Sun Bash.  He scores very well off drives to the basket or knocking down perimeter shots out past the three-point line.  Jones has a good frame and uses it well to finish in traffic and/or get to the foul line where he converts at a high rate.  He’s a point-forward that is an active rebounder at both ends of the floor and is an above-average athlete.

Dillon Mitchell, Tampa Sickles: The 6’7 sophomore impacts the game without scoring much.  Mitchell is almost unselfish to a fault on the offensive end.  He is a very good ball-handler, passer, and decision-maker that can run an offense from wherever he is located on the floor.  Mitchell is a “grab-and-go” rebounder, able to push the ball up the floor with the dribble once he secures the miss.  He is also capable of defending all five positions on the floor.  Should he ever demonstrate a consistent perimeter shot, his collection of high-major offers and interest will become even more plentiful.