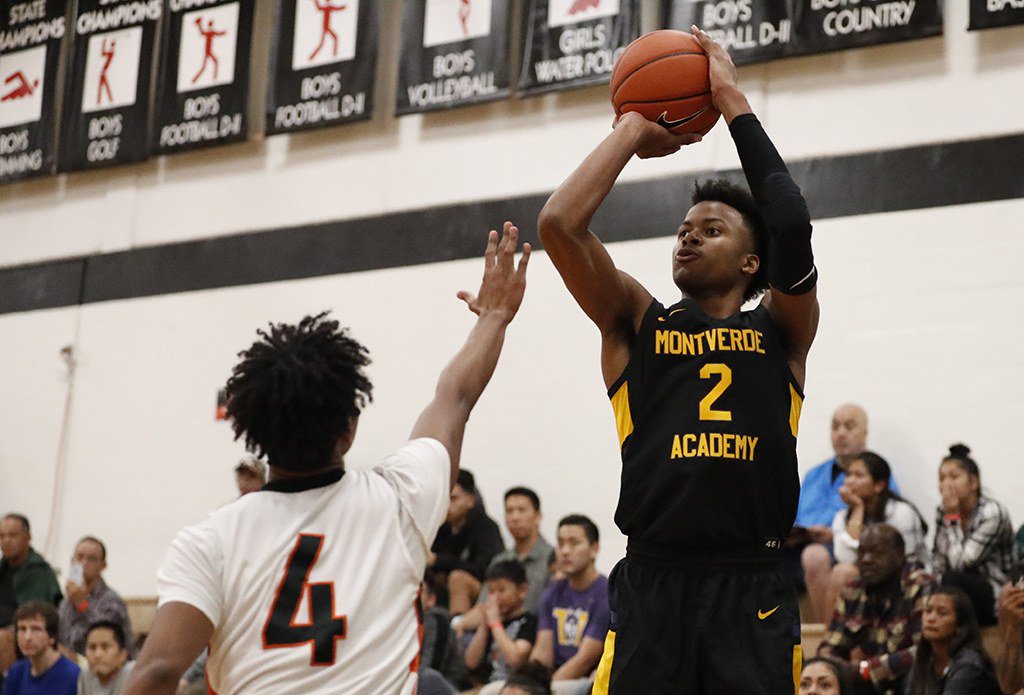 We took in the first night of the Montverde Academy Tip-Off.  The first game of the evening featured 2A power North Florida Educational Institute out of Jacksonville against a resurgent Orlando Dr. Phillips program.  The night cap featured the #1 ranked Montverde Academy Eagles taking on one of the better teams in South Florida, Mater Academy out of Hialeah.

In the third quarter, the Panthers of Dr. Phillips got off to a fast start and took their lead into double digits.  NFEI may have been fazed but didn’t quit and got the margin to six, 50-44, entering the final quarter.  In that last period, it looked like DP had the game wrapped up with the score 66-53 with just 4:36 to play.  NFEI didn’t get that memo, and cut the deficit to just three, 66-63 with two minutes remaining in the contest.

That’s when things got interesting!

In the span of thirty seconds, NFEI committed two turnovers sandwiched around a layup by DP, making it a five point game with 1:30 left to play.  NFEI countered with a three pointer, making it a one possession game with under a minute to go.  A turnover by DP gave NFEI a chance to tie or take the lead but NFEI coughed up the ball with thirty-five seconds remaining.  After another Panther turnover, they fouled NFEI.  Both free throws were off target but the ball went out of bounds off DP, giving NFEI life.  The teams traded turnovers and with eleven seconds left, DP hit a pair of free throws to make it 72-68.  NFEI made it a two point affair but with only 0.02 seconds left, there was not enough time for another shot attempt.  DP wins a nail-biter 72-70.

Not sure if “shock and awe” is the right phrase to use, but that may have been how Mater Academy felt as the Eagles got out to a 12-5 lead in the first four minutes on their way to a 24—11 margin at the end of the first quarter.  The lead ballooned to twenty at 33-13 with just over six minutes to play in the second quarter and the Eagles never looked back.  A 24 point lead at the half became a 30 point lead after three quarters.  The running clock kicked in not long into the final quarter as the Eagles won going away, 93-52.

The Montverde Tip-Off continues today with Mater Academy taking on Dr. Phillips at 6PM and Montverde facing NFEI at 7:30PM.