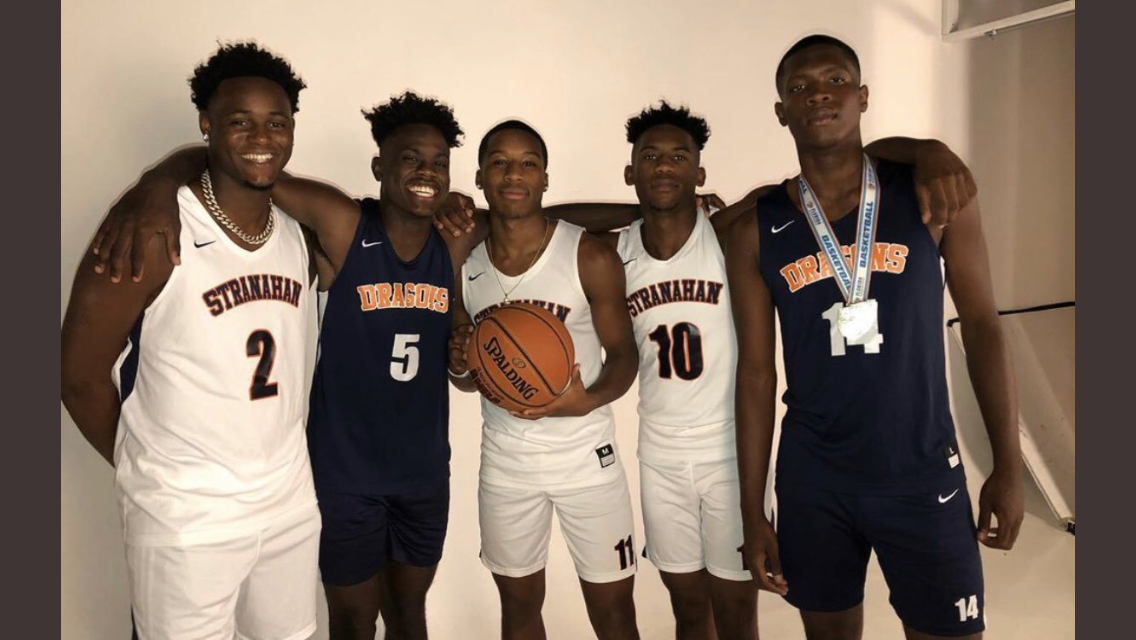 We ventured up to Jacksonville last night to check out the second day of the Andrew Jackson Pre-Season Classic.  This event is usually a starting point for us to cover the high school season, and the event put on by Ron Etheridge never disappoints.  This year, two of Jacksonville’s best squads, Providence and Jackson, paired up against two of the very best in, just Broward County but the state, in Stranahan and Dillard, both out of Fort Lauderdale.

Providence used the three-ball effectively to get out to an 8-3 lead midway thru the first period.  After Providence’s star big man James Repass got hit with an early foul, the team went to a zone and Stranahan became a bit flummoxed on the offensive end.  Providence led at the end of the quarter 13-9.  The Stallions maintained an edge thru most of the second quarter.  Stranahan finally caught up and tied the score at 21 with 2:37 left in the half.  From that point, the turnover bug plagued Providence as Stranahan finished the quarter with a 6-2 run to lead by the score of 27-23 at the break.

Stranahan came out hot in the third period.  Behind senior guard David Herard’s eight straight points, they opened the quarter on a 10-0 run to lead 37-23, forcing a Providence timeout.  It didn’t help as Stranahan dominated the third period, holding Providence to a single point on a Repass free throw to lead by twenty, 44-24, with one period left to play.  Things didn’t improve for the Stallions in that final period and Stranahan coasted to a 60-36 victory.

In all, ten players for Stranahan scored, led by Herard’s eleven points and ten points from Chayse Culpepper.

For Providence, only Jack Dillard broke into double-figures as he finished with eleven points.

The first quarter of the contest was a bit slow and sluggish.  Jackson led just 6-5 after the first four minutes.  When Jackson’s key player, Logan West, picked up two quick fouls in the period, things didn’t look good for the Tigers.  Dillard was able to take advantage to lead 12-10 after the first period.  Dillard extended its lead to five, 20-15, before Jackson called a time out two minutes into the second.  It didn’t help as the visiting Panthers went on a 10-0 run to make it a fifteen point contest, 30-15, with three minutes until the break.  That fifteen point margin would hold at the half, 34-19.

Jackson was able to make a dent in the margin in the third quarter.  Still, gap was thirteen points, 45-32, with eight minutes left.  Dillard then decided to spread its offense and repeatedly found ways to get into the land for easy baskets or free throws.  Meanwhile, the Tigers were reduced to looking to catch up quickly via the three point shot which isn’t necessarily their strength right now.  Dillard slowly but continuously stretched their lead throughout the final period, winning by a score of 60-38.

Logan West paced Jackson in scoring, but finished with only 8 points in limited minutes due to foul trouble.