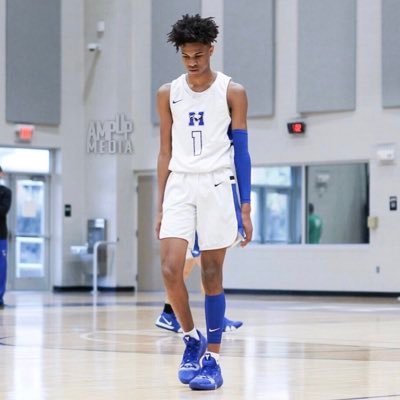 Crestwood, out of Canada, has to be enjoying the weather and find themselves in the consolation final after an upset of South Miami.  Likewise, Master’s win over Westminster Academy should be considered and upset.  Whichever team leaves here with a 2-1 record should be very happy.

Crestwood got on the board first with a three from Immanuel Oludele.  Master’s quickly countered with one of their own from Andrew Thelwell.  The threes continued to fly and Dezayne Mingo canned one for a 6-3 lead for Crestwood.  Master’s answered with a bucket inside from Corey Sawyer and then he turned around and drained a three on the next possession to give Master’s its first lead at 8-6.  Romad Dean of Crestwood tied the game and then Oludele drained another three to give Crestwood and 11-8 lead.  Terrance Gibbs of Master’s scored on a drive but Crestwood’s Elijah Fisher did the same.  Sawyer of Master’s tied the game with a three  just before the buzzer to end the quarter, hit a half-court shot, was fouled, and drained the free throw for a four point play make the score 17-13 in favor of Master’s.

Connor Jones hit a three for Master’s to open the third quarter scoring.  Mingo countered with a three for Crestwood.  Two free throws from Barrett of Master’s tied the score at 38, but a putback from Fisher and his one of two free throws gave Crestwood a 41-38 lead.  Placer hit a three for Master’s to tie the game at 41 with four minutes left in the quarter.  Dean of Crestwood and Thelwell of Master’s each scored inside to keep the score tied.  The same goes for baskets by Latty and Thelwell on each team’s next possession.  Fisher hit two free throws for Crestwood to give them a two point lead, but a three from Edrian Mangual was the final bucket of the third which found Master’s up by a point, 48-47.

Thelwell made one of two free throws for Master’s to open the final period, but Latty scored for Crestwood to tie the game.  Master’s then took control with a run as Thelwell hit a three off the dribble, Sawyer hit a three off the catch, Place hit a three from the corner and Sawyer dropped in a pair of free throws.  All of a sudden, a tie game became an eleven point lead for The Master’s Academy.  Crestwood finally ended the drought with a three from Jamarion Carter to make the score 60-52.  With under four minutes to play, Master’s decided to run some clock.  Sawyer hit six free throws down the stretch and The Master’s Academy would ultimately walk away with a 67-56 victory.

Sawyer led Master’s with 23 points while Thelwell tossed in 16 points.

For Crestwood, Fisher finished with 19 points while both Latty and Oludele each added 11 points.