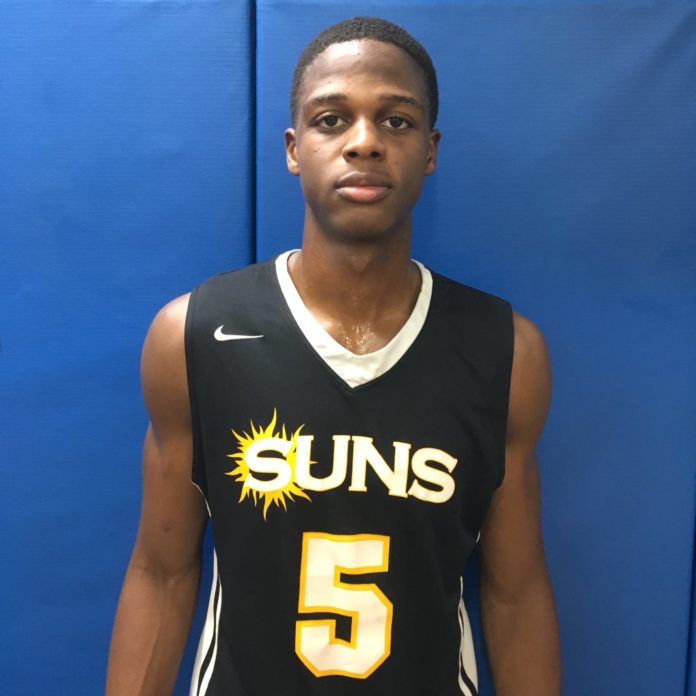 While it is quite late in the recruiting calendar for the Class of 2019, there were some players at the Showdown that should be of interest for programs looking to fill a roster spot with guys that are hungry and willing to work.

Blaize Darling, PHS: The 6’2 guard has been one of the leading scorers in Florida his last two years of high school.  That scoring ability was on display for PHS this past weekend.  Darling is quick to the cup and finishes well in traffic.  In fact, most of his scores throughout the weekend were either at the rim or from the foul line.  We did see him sink a couple of perimeter jumpers, so Darling isn’t just a one-dimensional player.  He’s fast with the ball in transition and doesn’t turn it over in traffic.  He needs to get stronger but has the length to be an effective defender.

Demaris McNeil, Team Pete: A strong and bouncy 6’6 senior out of Miami Jackson, McNeil’s coaches called him “madman” during the weekend.  That name fits based on his passion for rebounding the ball at both ends of the floor.  McNeil plays with limitless energy, has very quick second and third leaps, and is more muscle than finesse when getting the ball in the hoop.  Coaches may not run plays for him but he knows how to go get his own.  McNeil is also a physical defender in the paint and gets over quickly to challenge shots.

Buteau Gaetan, HTC Elite: The 6’8 senior doesn’t have the strength that McNeil does but he has a bit more size and length.  A zealous rebounder, Gaetan routinely pursues and obtains missed shots out of his rebounding area.  He’s also quick to convert misses on the offensive end and is always ready to receive passes inside from penetrating teammates.  Gaetan gets up and down the floor swiftly, protects the rim on defense, and has the foot speed and length to step out and defend on the perimeter when necessary.

Sherman Royal, Delray Blazers: The 6’6 senior is a bit undersized for the “four” spot and maybe not as athletic as one would like to play the “three”.  However, Royal shoots the ball very well out to the three point line.  He made a three and a mid-range two on consecutive possession to give the Blazer a late led they would not give up in a game Sunday afternoon.  Most players would hesitate in those instances but Royal is a confident shooter.  Royal pursues rebounds and isn’t afraid to play physical defense on the interior.

Travis Baker, Miami Suns: The 6’2 senior guard was an honorable mention all-Miami-Dade player this past season per the Miami Herald.  He’s very athletic, has long arms, and moves quickly up and down the floor.  His shot fell consistently out on the perimeter but he didn’t attempt any threes.  Baker rebounded the ball well for his size this past weekend and was active defensively in both the passing lanes and when guarding the ball.