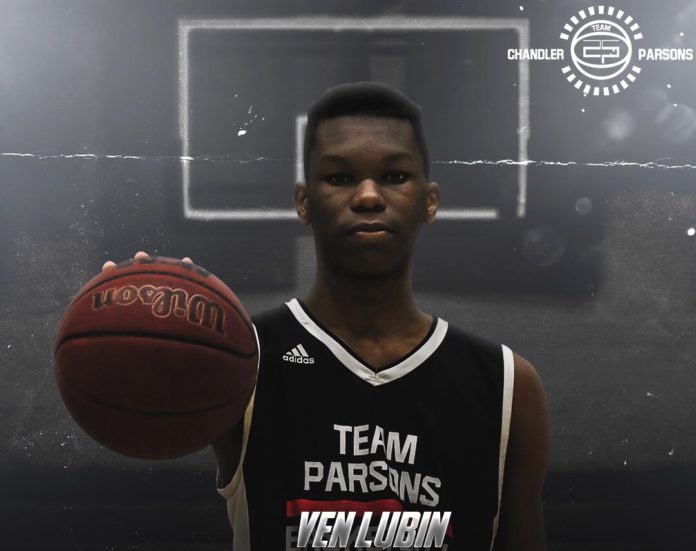 To this point, we have kept our focus solely on players in the 17U division of the Showdown.  Now, we will turn our attention to those that performed well in the 16U category.

Andrew Waldman, Gold Coast: A rising 6’4 junior wing from Palmer Trinity, Waldman was one of the first players to catch our attention on Saturday morning.  He’s going to beat you with skills and smarts, not overpower you with freakish athleticism or other physical gifts.  Waldman shot the ball well from the perimeter, successfully competed on the glass at both ends of the floor, and generally made good decisions with the ball in his hands.

Jayden Hastings, Team Breakdown: A 6’7 rising ninth grader out of Orlando, Hastings is more potential than production at this point.  He has good length and a frame that appears to be capable of adding muscle without slowing him down.  Hastings seems a bit awkward at times on the floor but he puts in a good effort every possession and demonstrated some effective offensive moves inside.  Playing up a couple of age levels, he battled well in traffic for rebounds and challenged any opponent trying to get to the basket.

Ven-Allen Lubin, Team Parsons: The 6’6 rising sophomore has played up all July with the Team Parsons 16U group and has looked more than comfortable in doing so.  While his length, leaping ability, and rebounding prowess at both ends of the court continues to capture attention, it is Allen Lubin’s continuing improvement at the offensive end that really stands out for us.  He’s become quite comfortable stepping out on the perimeter, facing the basket, and making quality drive vs. pass vs. shot decisions.  Allen Lubin showed consistency with his jump shot out to the mid-range area and also proved to be reliable at the foul line.  In a nail-biter against the Jupiter Jaguars, Allen Lubin put back a miss to break a tie game with two minutes to play and on the next possession connected on a pair of free throws to give Team Parsons a two possession lead that they would not relinquish.

Devin Hines, Landfall Elite: The 6’3 rising junior was one of the more aggressive scorers in the 16U division, driving hard to the basket given the slightest glimpse of room and quickly getting out in transition once the defensive rebound was secured.  Hines has some lead guard skills but spent most of his team playing off the ball.  While his jumper didn’t go down in the one game we focused on, it is fundamentally sound and should gain consistency with work and repetition.  Hines has some length to him and puts it to good use on the defensive end.

D’Angelo Stines, Team Thrill: The 6’1 rising junior plays for Baltimore power Mt. St. Joseph’s and was quite impressive against Team Breakdown Saturday evening.  The point guard was solid with the basketball, made excellent passes on the move, and continuously kept his head up on the dribble, probing for ways to exploit the defense.  Scoring-wise, things were working well for Stines.  He dropped in a few floaters in the lane and along the baseline and also connected on some deep perimeter shots.  While he may not come across as speedy and athletic, he displayed a high basketball IQ and plays a very cerebral game.

Marcus Molina, Gold Coast: The 6’1 rising junior is a coach’s son and it is readily apparent in his play.  Molina shot the ball well from distance, is a good ball-handler and passer that gets teammates involved, and plays with poise.  He probably had THE play of the tournament when he nailed a thirty plus-footer at the buzzer to win by two in a thrilling game against Landfall Elite.  Playing with smarts and toughness, Molina gives it all he’s got while on the floor and challenges opponents at both ends.

Antwan Thompson, Team Thrill: The 5’10 rising junior is another perimeter standout for the team from Charm City.  His combination of speed and strength is difficult to match-up with at this level.  Thompson routinely pushed the pace in transition or attacked gaps in the defense, generally scoring and earning a trip to the foul line.  He also made enough three point shots to keep the defense honest and not over-play him for the drive.  A typically tough competitor out B’More.

C.J. Lee, Team Speights: The 6’0 rising sophomore guard from Clearwater HS scored at will in transition by racing past defenders with his speed and quickness.  He also displayed a reliable jump shot in the half court.  He had games of 22, 13, 19, and 26 points in leading Team Speights 15u to an undefeated weekend.  Lee also disrupted the opposing team with good on-ball defense.