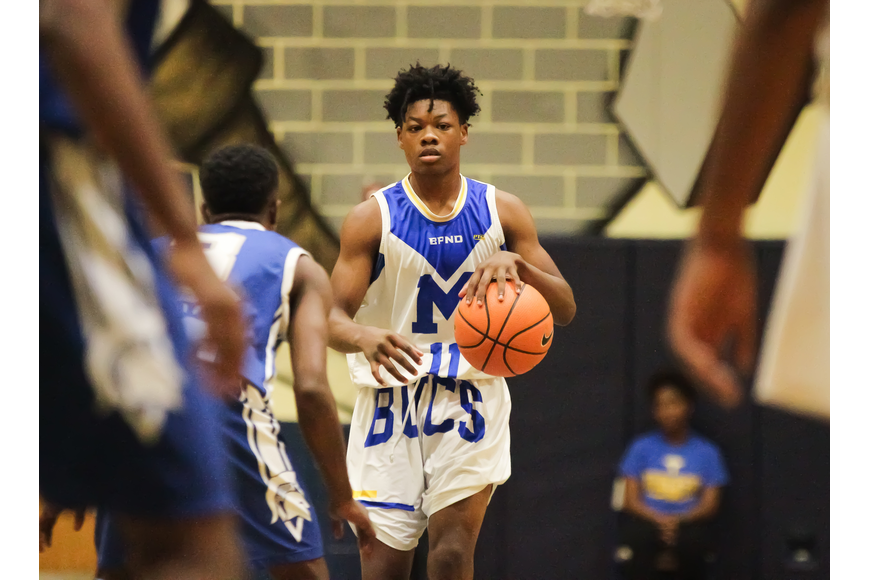 Three full days of hoops will give you a lot to ponder.  Even though we were not able to attend the entire event, we still came away with a lot of stuff.

These aren’t necessarily the best or most talented players in the event.  These five guys simply had the best performances that we observed in person.

Ray Davis, Santa Fe Catholic: The senior guard dropped 21 points in a victory over host Apopka on Friday night.  Not only was he an efficient scorer, he solid in running the team on both ends of the floor.

Jordan Sears, Daytona Beach Mainland: Despite being face-guarded and/or double-teamed the majority of the contest against Oak Ridge, the reigning Volusia County Player of the Year still found a way to keep his team in the game, dropping 26 points and making some hard-to-believe shots.

Shakur Poteat, Orlando Jones: With a game-high 31 points against Orlando Christian Prep, Poteat upped his potential for the next level.  His release is quick, range is deep, and the confidence in his shot is off the charts.

Chris Peterson, Vero Beach: The 6’2 senior guard was highly efficient in putting up 23 points against Colonial of Orlando.  Peterson did a little bit of everything in terms of scoring the ball.

Kordell Brown, Ocoee: An unheralded 6’5 senior wing, Brown had a game-high 23 points in a last second loss to Central Florida Christian Academy.  He was most effective when getting to the basket and scoring in traffic.

We couldn’t see all the games, but we sure wish we could have seen these performances.

Abdoulay Thiam, Orlando Dr. Phillips: 37 points; 8-14 from behind the arc.

While these five guys had performances that didn’t “wow” the vast majority, their individual contributions were very important.

Kaleb Thomas, Oakridge: The junior got hot from distance for a stretch in their game against Mainland.  If he can provide that type of deep threat consistently for the Pioneers, they become that much tougher to beat.

D’Andre Seward, Leesburg: Big and strong, Windermere simply had no answer for him inside.  He had a “body tag & bag” dunk that almost caused a stoppage in play.

Akeem Nickerson, Leesburg: While the 6’5 wing just missed a double-double with 9 points and 11 rebounds, he created havoc with his energy on the defensive end of the floor.

Michael James, Oak Ridge: With 19 points, 9 rebounds, and 4 assists vs. Mainland, he proved that he is more than just a volume scorer.

Victor Brown, Lake Highland Prep: The 6’6 senior showed a more all-around game against Winter Park as he complimented his ability to get to the basket quickly and score with an improved perimeter shot.

Anthony Brown, Orlando Christian Prep: The 6’4 sophomore laid down 21 points against Jones, each coming from seemingly a different angle and distance.

Tre Moss, Windermere: The 6’3 junior pumped in 22 points vs. Leesburg, many of them difficult jumpers off the dribble while heavily contested.

Riley Kugel, Central Florida Christian Academy: The 6’4 sophomore guard spent most of his time at point guard and proved to be a difficult match-up.  His buzzer beater to win the game is likely just a foreshadowing of things to come.

John Latimer, Apopka: With a team-high 20 points against Santa Fe and 14 points vs. Hagerty, Latimer did a lot in a short amount of time.  The 6’2 junior guard’s play will be vital for the Blue Darters moving forward.

As in Did Not Play.  For a variety of reasons, we wanted to see these five players but will have to catch at another time in another place.

Jah Nze, Hagerty: The 6’4 sophomore was out with a leg injury.  He’s a dynamic offensive player when healthy.

Kanye Jones, Windermere: The 6’3 junior was hobble by a gimpy ankle.  Early on, we didn’t think his absence would have made a difference when Windermere was behind double-digits to Leesburg.  As the Wolverines were mounting a comeback, it was clear he would have made an impact.

Sadeem Blake, Ocoee: Not sure why he didn’t suit up, but we wonder how the team would have looked had he been in his accustomed role as facilitator.  The Knights still almost won the game, so it may be a moot point.

Demari and Jacari Henderson, Sanford Seminole: The 6’3 sophomore twins were taking a week off after helping guide the football team to an 11-1 record.  Their team won big, so their absence wasn’t noticed on the scoreboard.