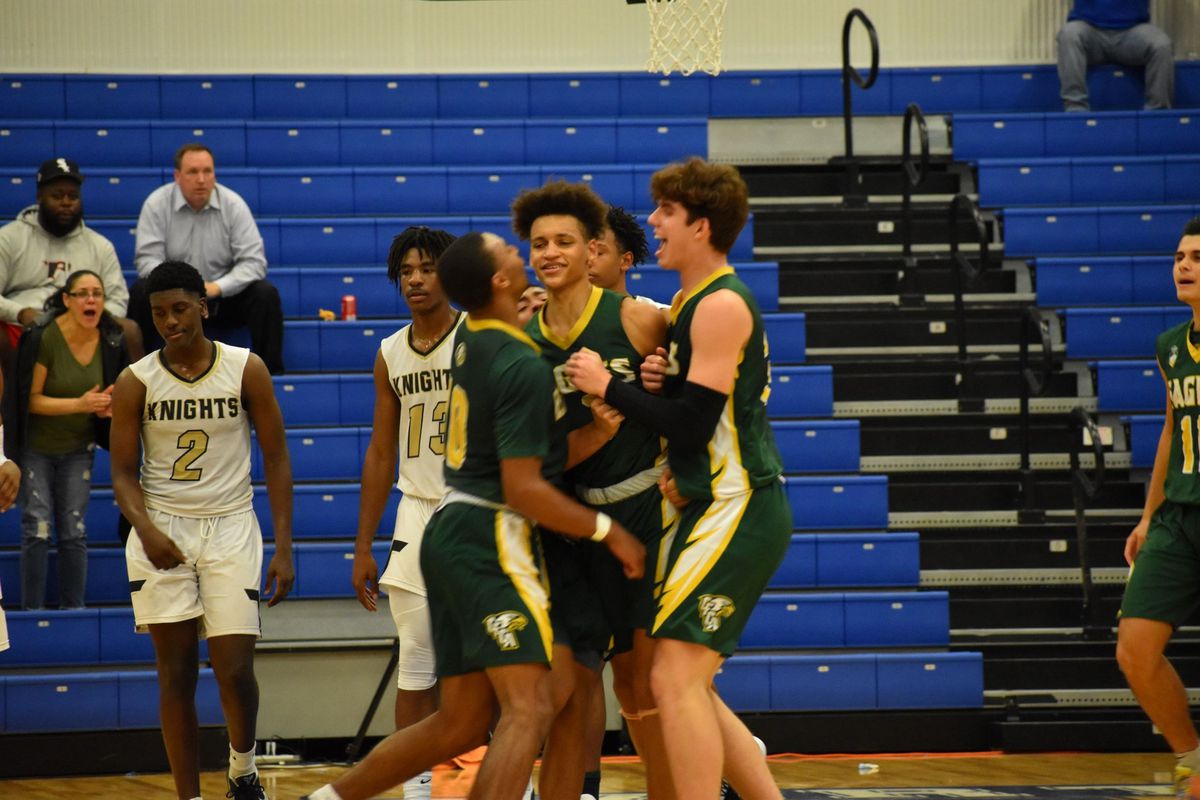 We returned to Apopka High School for the final day of the Metro vs. Florida Challenge on Saturday.  Here’s a recap of what took place.

Lake Highland Prep got out quickly in the first contest of the day, using the three ball to build an 18-6 advantage after one quarter of play.  Winter Park continued to struggle in the second period and the lead remained in double-digits throughout.  At the half, Lake Highland Prep was up seventeen, 37-20.

After a third quarter that saw the Highlanders build their lead to nineteen at 54-35, both teams used their benches liberally to finish out the contest.  The Wildcats never could make a run and fell by the score of 67-50.

Lake Highland got sixteen points each from Victor Brown and Miles Stewart.

Both teams came into this season in a rebuilding mode, having lost several key players to graduation.  It was a sluggish start for both as the score was only 5-0 in favor of Evans after the first four minutes.  The rest of the first quarter wasn’t any better as the score was 7-2 heading into the second period.  Osceola awoke from their funk first, taking an 11-9 lead within one minute.  From there, the teams would go back and forth on top of the scoreboard.  At the half, it was the Kowboys of Osceola up by three, 22-19.

Evans finally drew even with Osceola at 29-29 with 3:30 left in the third.  Evans scored a late bucket to end the quarter up three, 34-31.  The Trojans of Evans blew open the game to start the final period, hitting three consecutive shots from beyond the arc to lead by twelve, 43-31 with 6:46 remaining.  That was just the start of an Evans offensive barrage/Osceola offensive breakdown as the Trojans would outscore the Kowboys 22-5 in the final period to win big, 56-36.

Evans was paced by Deshaun Osborne with 12 points while Jyshaun Melvin added 10 points.

Osceola was led by Armani Thomas with a game-high 15 points.

The first quarter was an up-and-down affair as both teams wanted to push the pace.  That they did as the score was tied at fifteen after one quarter of play.  However, from there things fell apart for the Falcons of East River.  Lake Wales jumped out to a nine-point lead at 29-20 before East River called a time-out.  The stoppage in play didn’t help as Lake Wales’ speed and quickness on the defensive end forced turnovers that resulted in easy baskets.  At the break, the visiting Highlanders were up nineteen, 43-24.

The second half proved to be no better for East River.  To their credit, they never quit as they brought a twenty-seven point deficit at the end of the third quarter down to a final margin of twenty at 72-52.

East River was led by Micah Johnson with 17 points while both Julius Osborne and Imram Shafat each scored ten points.

It was a quick turnaround for the host Blue Darters of Apopka as they played just fourteen hours prior.  It took a while for them to get going as they fell behind the visiting Huskies 12-6 in the first four minutes of play.  From that point, Apopka awoke from its slumber, finishing the period on a 13-1 run to lead by six going into the second act.  Apopka extended its lead to double digits at 28-18 with 3:37 left until the break.  Hagerty responded with a run of their own to get within four, 30-26, with one minute left.  The Blue Darters scored the final four points of the half to lead by eight, 34-26.

Apopka unloaded a 10-2 blitz on Hagerty to open the third period.  Now the margin was sixteen and Hagerty was finding open looks few and far between on the offensive end.  By the end of the third, Apopka’s lead had grown to twenty, 53-33.  Hagerty simply didn’t have enough weapons to make a comeback in the final period and the Blue Darters won going away, 67-43.

The visiting Indians from Vero led 8-4 early but Colonial tied the score at eight midway thru the quarter.  Vero responded with an 8-0 run to close out the first quarter and lead 16-8.  Colonial made various runs at the Indians the entire second period but could never take a lead.  At the break, Vero Beach led by five, 30-25.

Colonial scored the first four points of the third period, drawing to within one and forcing an Indians timeout.  Vero Beach was able to keep Colonial at bay but led by just three, 38-35, heading into the final period.  Vero Beach got out quickly to start the fourth and built a ten point lead, 46-36, with 4:30 left to play.  That was the start of a dominating quarter in which Vero Beach outscored Colonial 23-8 to win by the score of 61-43.

Vero Beach was led by Chris Peterson’s 23 points while Almondo Cyrius finished with 14 for the Indians.

The Yellow Jackets of Leesburg got up early in this one.  They were up 18-9 after one quarter of play and 31-18 at the break.  Windermere seemed a step slow despite having played Wednesday and Leesburg’s length and quickness on the defensive end was stifling to say the least.

To the Wolverines’ credit, they didn’t lay down.  They got back to within eleven, 49-38, by the end of the third quarter and looked to have momentum on their side.  With just 3:15 left in the game, Windermere had crawled back to within five, 56-51, and it looked like anybody’s ball game.  However, that is as close as Leesburg would allow them to get and that five point margin remained at the end of the game with the final score being 64-59.

Leesburg was led by D’andre Seward and his 17 points while Jyre McCloud added 14 points.

The final game of the night was an anticipated showdown between two teams expected to be some of the better ones on the west side of Orlando.  It was CFCA that got out of the gate quickly, leading 10-2 at the six minute mark.  Ocoee finally got itself together to close the gap to five, 19-14, heading into the second period.  CFCA still led midway thru the quarter, 24-22, but Ocoee quickly tied the game. With two minutes to play, the score was tied at twenty-seven.  Ocoee scored the last four points of the half to lead 31-27.

The third quarter stayed close but CFCA was never able to re-take the lead.  Ocoee led 46-44 after three periods.  Midway thru the final quarter, Ocoee led 54-49 and looked to have control of the game.  With forty-six seconds to play, Ocoee hit a pair of free throws to go up 58-54.  Undeterred, CFCA knocked down a three to get within one, 58-57, with twenty-seven second left.  CFCA chose not to foul to get the ball back, which proved wise as Ocoee turned the ball over.  With eight seconds left, CFCA took a timeout.  Whatever play was drawn up in the huddle broke down, and Riley Kugel of CFCA drove the lane.  He launched a shot over outstretched hands that dropped through the net just as the horn sounded to give CFCA a thrilling 58-57 win.