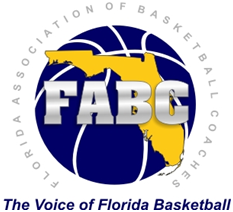 Eddrin Bronson, Tampa Catholic: The 6’2 junior combo guard is an excellent shooter from deep, especially off the catch.  He is also a solid mid-range scorer.  Bronson is a good ball-handler that pushes the pace, sees the floor well and makes good decisions on the move.  This weekend he proved to be effective at either the point or off-guard positions.  Defensively, Bronson has quick feet, active hands, and is alert for weak passes into his area.

Eli Harris, Gainesville P.K. Yonge: The 6’2 junior point guard has some length to him.  He proved to be a solid ball-handler and good decision maker.  Harris continuously orchestrated the offense and got teammates into the right spots.  While his perimeter shot is a bit questionable at this stage, he still manages to get points in transition and on quick drives to the basket.  His long arms and quick feet made life difficult for opposing ball-handlers this past weekend.

Kevin Pazmino, Weston Cypress Bay: The 6’2 rising senior had moments on Saturday where it seemed like he couldn’t miss from beyond the arc.  He moves well without the ball and gets his shot off quickly.  Pazmino is not a flashy athlete and can look like he‘s moving in slow motion at times but he is crafty with the ball and knows how to create space to either get his shot off or get to the basket.  He is one of those defenders that will bait opponents into making a mistake and then capitalize with a steal or deflection.

Karmelo Branch, Tampa Catholic: A 6’4 wing in the 2022 Class, Branch has worked hard to grow his overall offensive game over the past year or so.  He has deep shooting range but is also skilled enough to get by defenders off the dribble and finish through contact in a crowd at the basket.  Branch runs the floor, gets on the glass at both ends and is a very active defender.

Jordan Richardson, Gainesville P.K. Yonge: A 6’0 rising junior wing, Richardson has a strong frame and is an instinctive scorer.  He thrives on the drive, using his strength to get to the basket and muscling up shots once there.  Richardson is a respectable perimeter shooter but still needs to improve his consistency from behind the arc.  He plays with a sense of urgency, looking to attack and create plays whenever he touches the basketball.

Max Gordon, Weston Cypress Bay: A 5’10 rising senior point guard, Gordon brings a lot of intangibles and a high basketball IQ to the court.  Solid with the ball, he makes good decisions and knows when to push the pace and when to reign it in.  Gordon looks to get others the ball for easy scores but is more than capable of knocking down open shots from the perimeter or completing drives to the rim.  He also makes his mark as a defender, whether hounding the ball-handler into mistakes and disrupting the passing lanes when away from the ball.

Jye Thompson, Callahan West Nassau: The 6’5 big forward is a rising junior that is well-schooled in the art of “Bully Ball”.  He uses his strength and solid frame to overpower or back down defenders to get to the basket, usually starting from the high post area.  If he doesn’t score, he usually draws a foul and was pretty solid from the line on Saturday.  Thompson is a tough interior player that rebounds at both ends and runs the floor.