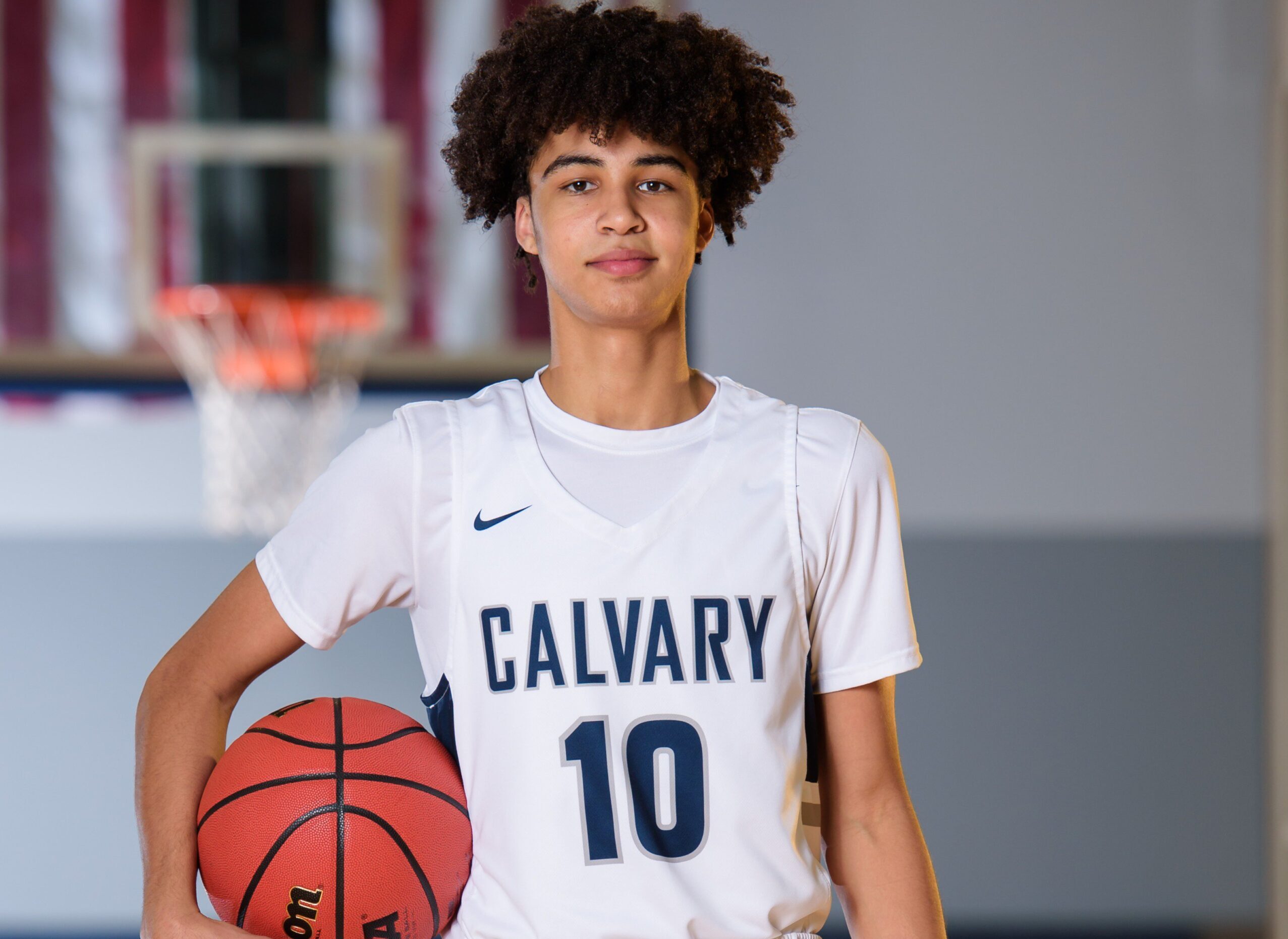 Tristan Gross, St. Petersburg HS: The 6’2 rising junior guard has moved over from Clearwater Calvary Christian and will no doubt make a big impact for his new team.  Well-known for his perimeter shooting, Gross showed a lot of scoring skills on drives to the basket Saturday.  He is adept at using change of direction/speed dribble moves to get into the paint.  Gross finished well with either hand in traffic in the game we took in.  He also knocked down contested mid-range shots off the dribble and got teammates involved, displaying good court vision.

Kervin Knaggs, Auburndale: A 6’2 rising junior guard, Knaggs is athletic and solidly built.  He made defenses pay for going under ball-screens, knocking down several from three-point range.  Knaggs is solid with the ball vs. pressure and uses his physical gifts to get to the basket and score in a crowd.  He also helps on the glass, quickly converting from defense to offense once he grabs an opponent’s missed shot.  His potential as a defender is very high.

Braylon Jackson, Tampa Durant: The 6’4 rising junior struggled a bit on Saturday with his shot but is still an instinctive scorer that just knows what it takes to get points no matter the defense.  With excellent body control and a soft touch, Jackson is a creative shot-maker in a crowd around the basket.  The lefty is normally a reliable shooter from the perimeter.  Jackson also has a knack for putting back teammates’ missed shots as well as anticipating passes into his area on defense and turning steals into scores.

Kent (K.J.) Jackson, Jacksonville Episcopal: The 6’0 rising sophomore has deep, deep range on his shot and gets it off with a very quick release.  Jackson is also a solid ball-handler with enough speed and quickness to get by overplaying defenders and make a play at the basket.  Surprisingly quick at both ends of the court, Jackson is a savvy defender both on and off the ball.

Karter Knox, Tampa Catholic: The 6’5 rising sophomore wing is starting to draw national notice.  He’s long, athletic, runs the floor and finishes well above the rim.  Knox plays hard and is an active rebounder at both ends of the floor with the ability to grab it the ball and start the transition game on his own.  An improving perimeter shooter, Knox seemed quite comfortable taking and making open perimeter shots on Saturday.  He uses his length and speed to great affect on the defensive end.  Knox has a great deal of potential to play at the highest collegiate level.

Jamier Jones, Sarasota Riverview: Jones is 6’5 and hasn’t played a high school game yet but the Class of 2025 member was more than impressive in limited minutes on Saturday.  Our notes read, “three off the catch”; “dunk after cut to basket”; “finished ‘and one’ in traffic”; and “notched an assist on break”.  At 6’5 with length and a high level of athleticism, Jones already has a head start when it comes to the physical aspects of the game.  He can be as good as he wants to be.

Isaiah Campbell-Finch, Tampa Catholic: Another member of the 2025 Class, Campbell-Finch is a move-in from Ohio and was quite impressive.  The 6’0 point guard is very cerebral, and good decision maker and plays with a high basketball IQ.  When running the offense he gets the ball where it needs to go with no wasted dribbles or motion.  Campbell-Finch made shots from all three levels and could probably be a high level scorer if turned loose.  Defensively, he moves his feet quickly, anticipates well, and is alert to help or spring a surprise double team.

Colton Zapp, Fleming Island: The 6’5 senior is the only player that we have covered from the event whose game we didn’t fully focus on.  That said, seemingly every time we looked over at the other court, Zapp was draining a smooth lefty shot from beyond the arc, hitting four in a very short amount of time in one half of play.  We need to see him more in person but at first glance he looks like he could be more than just a catch and shoot guy.  Supposedly, Zapp is a high academic achiever.  He is definitely a player we hope to see before the summer is out.