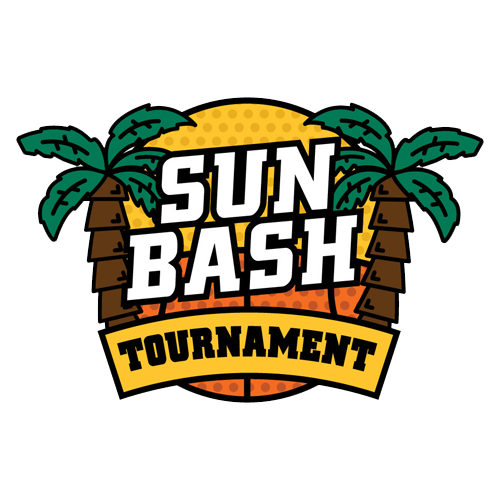 We went down to Northside Christian in St. Petersburg for the second day of the Sun Bash.  A three-day showcase event where teams face a different but pre-determined opponent each day, the event draws not only the best teams in the Tampa Bay Region but from across the Sunshine State.

Charter had a 6-5 lead midway thru the first quarter.  That was until Plant’s 6’3 senior Will Willard went off.  He drained four threes in the quarter, the last one just before the buzzer, to score fourteen points and give Plant a 20-15 lead.  Plant took that lead and doubled it by the end of the second quarter, leading 33-23.

Charter got back into the game in the third period, knocking down the deficit to just two points, 44-42, with one quarter remaining.  Plant hung tough in the first four minutes of the fourth, leading 55-51.  From that point, Charter and 6’4 senior Jahmari Johnson took over.  Charter finished the period on an 18-5 run to win by nine, 69-60.

Willard finished with 29 points, going 7-11 from beyond the arc in the process.  Dillon Costello, a 6’3 senior, worked the inside to the tune of 17 points.

Holy Trinity is a young team with size while East Lake is experienced with no real interior threat.  East Lake struggled early with its shooting and that allowed Holy Trinity to create a 6-0 lead after the first four minutes.  Trinity led 14-6 going into the second quarter.  That’s when East Lake started to find its offensive rhythm.  They would outscore Holy Trinity in the second period 21-9 to take a 27-23 advantage at the break.

East Lake continued its roll in the third quarter as 6’0 senior Justin Kruszewski bombed away from behind the arc.  Holy Trinity called timeout down twelve, 39-27, with 4:34 left in the quarter to slow the momentum, but no such luck.  East Lake led 50-32 going into the final period.  Holy Trinity did make a run in the fourth, but the hole was too deep to climb out of.  East Lake would win by just twelve, 71-59.

Kruszewski finished with a game-high 33 points, including a 7-15 performance from deep.  Henry Hurst, a 6’1 senior, tallied 18 points for East Lake.

NBP got out to an 8-2 lead after the first four minutes but Wharton stormed back to lead by one, 14-13, at the end of the period.  From there it was all North Broward Prep.  Wharton was limited to a single free throw in the second quarter as Prep built a 27-15 halftime lead.

The second half was just as “challenging” for Wharton on both ends of the floor.  NBP began the third with an 8-2 run and eventually led by seventeen, 40-23, with one more quarter left to play.  Wharton fell behind by the score of 46-25 and with five minutes remaining, decided to empty its bench.  Prep was never challenged in an easy 55-25 win.

One of two out of state entries in the Sun Bash, no doubt Xaverian was happy to be out of the cold and probably didn’t care what its record would be when it headed back north.  It was clear from the outset that this would be a high-scoring affair as Xaverian led 14-11 after the initial four minutes.  The pace seemed to benefit Xaverian as they built a 25-18 lead after one.

NFEI scored seven points in less than a minute to tie the score at 25-25 in the second quarter.  That roll continued throughout the remainder of the second period and NFEI led by six, 43-37 at the break.

NFEI pushed its lead into double-digits in the third quarter and led 51-40 with four minutes left in the period.  Xaverian then got things together, ripping off a 9-0 run to draw within two, 51-49, with 2:30 left in the quarter.  NFEI would hold on to lead by one, 56-55, going into the final period.

Nasir Muhammad, a 6’1 senior, led Xaverian with 32 points, but it was the play of 6’4 senior Doe Colon Lewis, whose 25 points and 12 rebounds dominated the interior.

For NFEI, 6’6 senior Isaac Taveras led the way with 22 points.

This game featured some of the best young talent in the Tampa Bay region.  The score was tied at 10-10 after four minutes but at that point, Gibbs ripped off eight straight points.  However, Blake was undeterred and the score was 18-15 in favor of Gibbs after one.  The second quarter became a back and forth affair.  Gibbs’ lead was just one, 27-26, midway thru the period but when the halftime horn sounded, it was Blake on top by one, 30-29.

The third quarter was very much the same as the second with both teams swapping small leads.  Once again, Gibbs led by one, 35-34, midway thru and once again, Blake led by one, 39-38, going into the final period.  The score was tied at 41-41 with 6:24 left in the contest.  Moving ahead towards the end of the period, things got either interesting or bizarre, depending on your point of view.

With 1:30 remaining and the score tied at 47-47, Blake’s Jordan Brown connected on a three to give them the lead.  Not long after this basket, one official called for a stoppage in play to complain to the “tournament admin” table about a heckling fan.  Moving on, with forty-two seconds left in the game, Marcus Calvin of Gibbs gets fouled trying to put back a missed shot.  He hits both free throws to get to within one.  Blake holds the ball and Gibbs decides not to foul immediately but looks to force a turnover.  That is just what happened.  After a Gibbs timeout, they work the ball around to Calvin on the inside.  He gets fouled with nine seconds remaining.  The Blake fans erupt while the Blake bench says nothing and huddles its players together to prepare what to do depending on the situation with the free throws about to be attempted.  Out of the blue, the same official that called for a stoppage in play earlier blows the whistle and calls a technical foul on the Blake bench because of what was said by a Blake fan or fans.  Now Gibbs has four free throws coming its way, and the ball, and nine seconds on the clock.  Calvin makes all four to give Gibbs a 53-50 lead.  On the inbounds play, Gibbs is called for an illegal screen (make up call?) and now Blake has the ball back with a chance to tie.  However, the drama didn’t fully play out as Blake turned the ball over and Gibbs converted it into two points just before the horn to win by a score of 55-50.

For Blake 6’7 freshman Joe Philon tossed in 13 points as did Malik Brady-Ayers.

Calvary got out quickly in this one and led by ten, 16-6 after one quarter of play.  That ten point advantage continued into the second quarter but then 6’0 junior Daniel MacGregor was called for his second foul and went to the bench.  Northshore took advantage drawing to within seven, 26-19 at the break,

With MacGregor back on the floor at the start of the third quarter, Calvary pushed its lead to nine, 35-26, midway thru the period.  Northshore wasn’t done and outscored Calvary 8-3 to draw within 38-34 going into the fourth quarter.  Once again, Calvary was able to assume control, this time for good.  Calvary got up ten just past the midway point and held off Northshore from the free throw line to win 56-42.

Northshore got a game-high 25 points from 6’1 junior Kohen Rowbatham.

The home-standing Mustangs enjoyed a great deal of fan support and it certainly provided motivation.  Northside established a lead early, stretched it to ten at 17-7 with six minutes left in the second quarter, but led by just seven at the break 22-15.

Canterbury made a run in the third period.  After being down 28-19 with four minutes gone by, Canterbury closed the gap to within four, 30-26 with two minutes remaining in the quarter.  By the time the fourth quarter began, Canterbury was down by just two and looked to have plenty of momentum.  They could never get over the hump, however.  Northside was up four, 34-30, with four minutes left, then finished the game with a 13-5 run, much of it from the free throw line after Canterbury was forced to foul to get the ball back.  The Mustangs would roll on to win by the score of 47-35.

For Canterbury, 6’7 junior Jerry Ashley led the way with 13 points in addition to five blocks.

St. Pete was looking for redemption after a bitter loss the night before.  Though Florida High grabbed an early lead and maintained it throughout the first half, St. Pete was always in the game, down just seven, 18-11, after one and 37-25, at the break.

Not sure what was said in the Florida High locker room at the half, but they were either magical or motivating.  An 11-5 run over the first four minutes of the third quarter ballooned the Florida High lead to 48-30.  The roll didn’t stop there as Florida High converted turnovers to points at a rapid pace.  When the horn sounded to end the third, St. Pete was down by almost thirty, 63-34.  This made the fourth quarter pretty much anti-climactic.  Florida High would go on to win comfortably, 79-53.