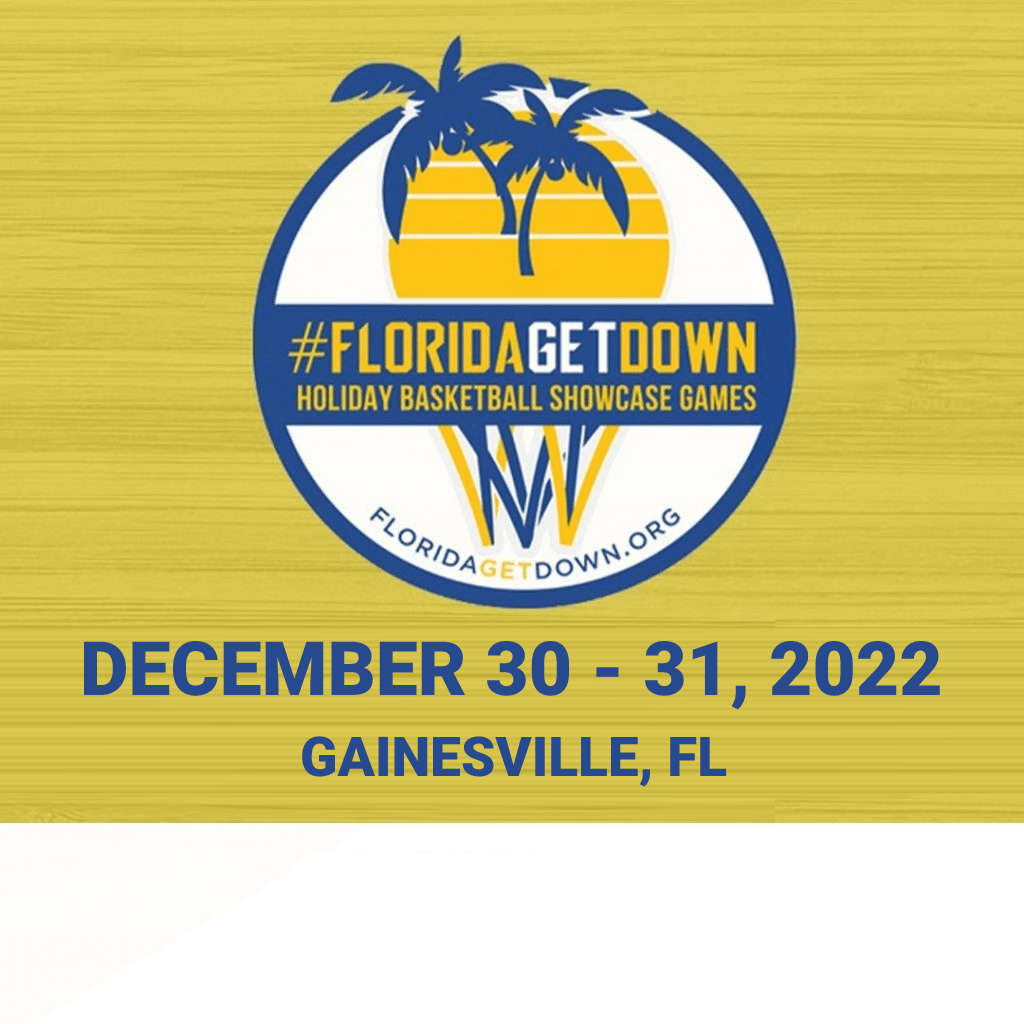 We spent a good chunk of New Year’s Eve at St. Francis Catholic in Gainesville taking in the Florida Get Down event.  Much like its sister event held in Orlando at Thanksgiving, the Get Down features a slew of solid teams from the Sunshine State as well as a smattering of quality out-of-state programs.

Strawberry Crest in a suburb just east of Tampa.  We had just seen P.K. Yonge at the Kingdom of the Sun on Tuesday so we kind of knew what to expect from them.  This was Yonge’s fifth game in five days but they didn’t look tired at all as they held an 11-9 lead after one quarter of play.  Strawberry Crest got itself together at the start of the second period, going on a 7-0 run and led 16-14 at the midway point.  Crest would grow its lead to eight at the half, 25-17.

Crest hit the first bucket of the third quarter to take a ten-point lead, but Yonge stormed back to tie the game at 29-29 with four minutes to go in the period.  The lead would change hands multiple times and when the horn sounded, Strawberry Crest was up by one, 34-33, with one more quarter to play.  Crest started the quarter with a 6-0 run and led by five, 42-37, with four minutes to go and looked in control.  At that point, Yonge scored six straight points to lead 43-42 with 1:10 left to play.  Both teams had opportunities to score during the remaining time but neither did until Strawberry Crest forced a turnover and got a bucket with twenty seconds left to go up by one.  Yonge could not get a shot off in the remaining amount of time and Strawberry Crest would win by the score of 44-43.

It looked like W-T would get back into the contest, trailing by just twelve, 47-35, going into the fourth quarter.  However, that was not to be the case as Bell Creek extended its lead and won going away, 67-49.

Bell Creek got 15 points each from 6’5 juniors Caleb Sanders and Tahir Bibbs.

Alfonzo Ross, a 6’0 senior, led all scorers with 29 points for Woodville-Tompkins.

This turned out to be one of the better contests of the day.  Both teams appeared to by in sync and after one quarter of play, Creekside was up by three, 15-12.  The game continued to be close in the second quarter as it was tied at 17-17 with four minutes to go.  Oldsmar was able to make a late run and take a 25-20 lead into halftime.

Oldsmar extended its lead to eight, 29-21, midway thru the third period, but Creekside closed to within six at 35-29 going into the fourth quarter.  Creekside finally reclaimed the lead, 36-35, with 5:15 left to play.  Things would get very interesting from there as the lead changed hands several times.  With one minute to play, the score was tied at 44-44.  Oldsmar had possession and worked the ball for a bit to get a good shot but ultimately called timeout to set up a play.  The Creekside defense stopped it and 6’2 senior Joel Harrison of Oldsmar drove the lane.  He was cut off from the hoop and dropped the ball off the 6’6 senior Harvey Wilson, who laid the ball up and in with two seconds left.  Creekside could not get the ball inbounds and a shot off in time.  Oldsmar won by the score of 46-44.

Oldsmar was led by Harrison’s 25 points.

Williston is one of the better teams in Class 1A this season while Lovett features Michigan commit Christian Anderson, a 6’0 junior.  Williston led 8-2 after the first four minutes of play but Lovett was within three, 12-9, going into the second quarter.  Lovett continued its run, outscoring the Red Devils 7-0 to take a 16-12 lead midway thru the period.  Williston then went on its own run, 11-3, to lead at the break 23-19.

The third quarter would see both teams exchange the lead on multiple occasions.  With just under four minutes to play in the period, Lovett led 29-28.  That is when the Red Devils erupted, finishing out the third with a 16-2 run to take a 44-31 lead into the final period.  Lovett was never able to recover and get the lead under double-digits.  Williston would go on to win by the score of 61-51.

Crossroad is a 1A school in Gadsden County just west of Tallahassee while Iona Prep comes out of NYC’s tough Catholic League.  Iona took a quick 8-3 lead, forcing a Crossroad timeout but the Scorpions got themselves together and played evenly the rest of the first quarter, down by five, 16-11.  Crossroad would draw closer throughout the second quarter but could never grab a lead.  At the break, Iona led by three, 28-25.

Iona took control in the third period, going on a 7-0 run to start the quarter and build a ten-point lead.  The lead was eleven, 48-37 going into the fourth.  Crossroad found it difficult to get points at the offensive end and just as difficult to get stops on defense.  Iona built a twenty-point lead, 64-44, with just under four minutes to play.  The Gaels would go on to win by the score of 78-53.

Things got no better for Buchholz in the third period.  Not surprisingly, the running clock kicked in at the four-minute mark of the fourth quarter with the Trojans up 71-36.  They would go on to win by a final score of 75-44.

Lake Worth was led by 6’5 senior Marvin Golf with 18 points.

Buchholz got a game-high 23 points from 6’4 senior Jacob Sterck.