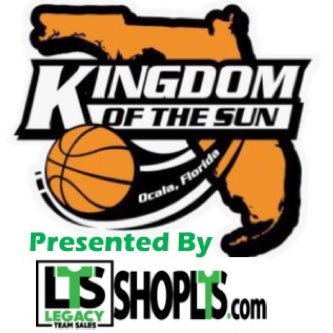 We took in the first day of the iconic Kingdom of the Sun Classic at Vanguard High School in Ocala.  Among the oldest and most tradition-rich high school tournaments in the country, it is a great place to catch under-the-radar talent over the Christmas holidays.

Game One: Orlando Olympia vs. Viera

After a trade of two-point baskets for each team in the opening moments, Olympia went on a 12-0 run, highlighted by a steal and slam from 6’3 senior and Cincinnati commit Jizzle James to break the game open.  Viera essentially never recovered from that onslaught.  Though a running clock was never on the horizon, Olympia had little trouble in winning 66-46 to advance to the second round.

The Generals of Riverside have been hit with the injury/illness bug as they were missing not only four players, three of them starters, but also two assistant coaches, leaving head man David Jones by his lonesome.  Given that info, it wasn’t a surprise when Winter Haven run out to a 13-3 start in just a little over two minutes.  The Blue Devils led 25-11 after one quarter and Riverside never found a rhythm to challenge and get back into the contest.  Winter Haven advanced by a final score of 79-57.

Isaac Celiscar, a 6’6 junior, led the Blue Devils with 22 points.

Suncoast had a long trip from Palm Beach County up the Florida Turnpike and didn’t arrive until a few minutes before the end of the previous contest.  After one quarter of play, it looked like the Chargers had forgot to bring their offense with them as they scored only one basket in the first quarter and found themselves down 17-2 after the first eight minutes.  It also didn’t help that Covington was lighting up the scoreboard from behind the arc.  Suncoast could not muster enough points or get enough stops to get back into the contest.  Covington advanced to the next round by the score of 65-45.

Valdosta was a late entry into the tournament after a local team dropped out while Pick Central was a top fifty team nationally in the pre-season.  So it was no surprise that Pick Central got up 25-13 after one quarter of play.  However, give Valdosta a lot of credit for not folding.  They were down only ten, 56-46, going into the final period.  However, an 8-2 spurt by Pick Central to start the fourth quarter made the hole too deep for Valdosta to dig out of.  Pick Central went on to win by the score of 77-61.

Pickerington Central was led by 6’7 senior Devin Royal with 22 points.

Valdosta got 12 points each from senior James Siplen and 6’10 junior Isreal Jenrette.

Providence came into the contest undefeated while Sandy Spring was just 1-1 on their young season.  It looked like we might have a tight and competitive contest after the first quarter ended tied at 12-12.  Providence began to pull away in the second quarter and led by nine, 32-23 at the break.  Sandy Spring got to within 34-31 midway thru the third but Providence closed out that quarter with a 10-2 run.  Providence maintained that double-digit lead for nearly all of the final period until it put in its bench and Sandy Spring made a run.  However, there just wasn’t enough time and Providence advanced by the score of 58-50.

Sandy Spring was paced by sophomore Amare Maxwell with 11 points.

In the first of the two “local” games, Yonge got out to a 23-6 first quarter lead over a Hawthorne team that was playing only its second game of the season.  Hawthorne made a run in the second quarter, cutting its deficit to six, 32-26 at the half.  Hawthorne got as close as five, 34-29, midway thru the third, but Yonge held a nine-point lead after three quarters and stretched it out in the final period.  The Blue Wave advanced by the score off 61-46.

Hawthorne was led by sophomore Leland Johnson with 13 points.

A game of county rivals, the gym was packed and standing room only as well as a boisterous crowd for both teams.  However, to be kind, this was not a thing of beauty as there was much more activity than accomplishment for both teams.  Vanguard led just 17-15 at the break but North Marion held a 31-30 lead going into the final period.  Things got wild and chaotic during the final eight minutes but when the horn sounded, host Vanguard prevailed by the score of 51-44.

North Marion was led by senior Elija Walton with 10 points.

Charlotte has taken on a very challenging early season schedule while Washington came in undefeated.  It was a bit of a surprise when Charlotte raced out to a 19-7 lead after one quarter but Washington hung in there and was down only six, 26-20 at the break.  Charlotte re-established its dominance in the third and led by ten, 42-32, with one quarter to play.  Washington didn’t have enough in the tank and took its first loss by the score of 52-38.

Charlotte was led by 6’6 senior John Gamble with 25 points.