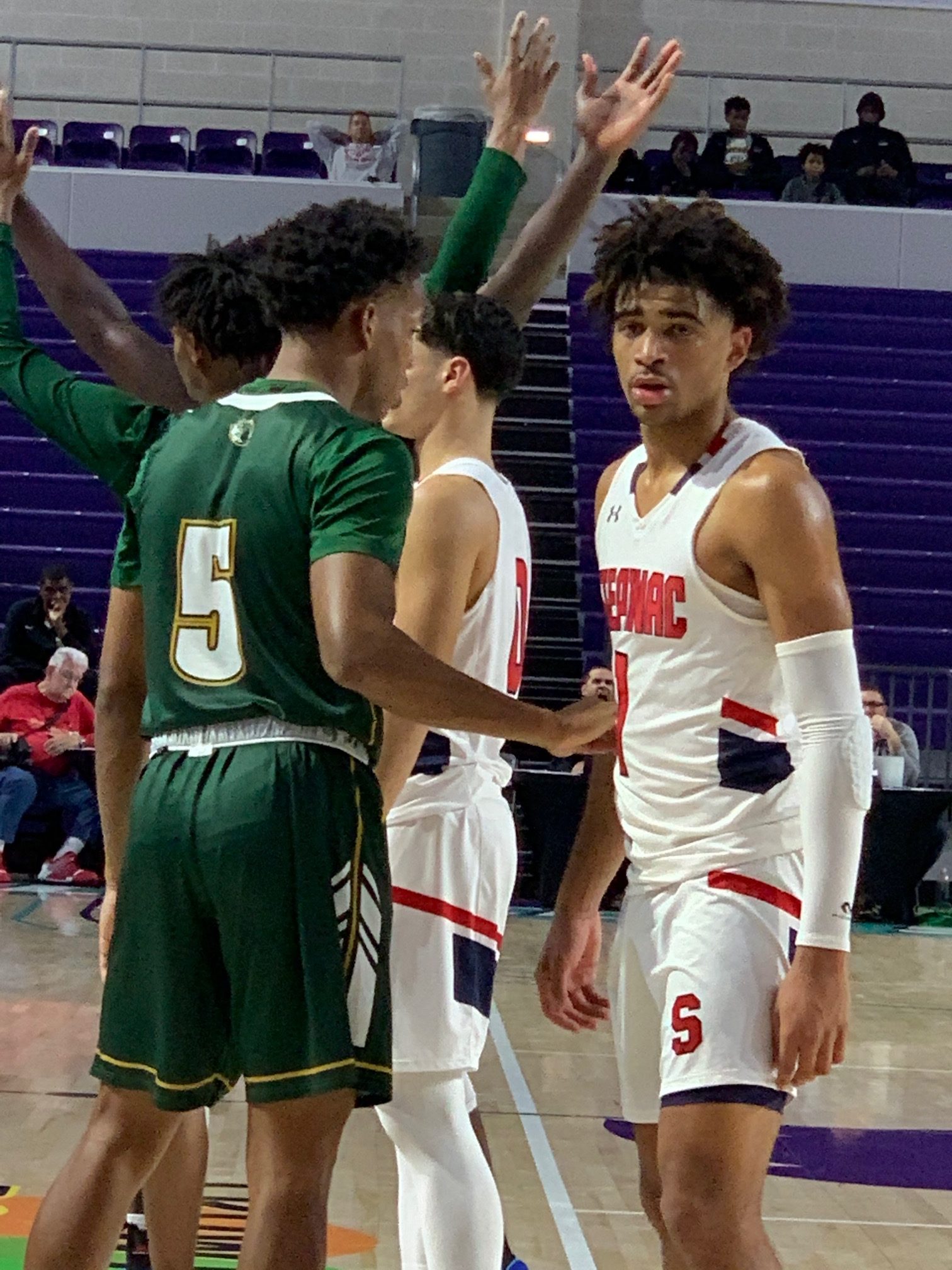 After a quick Stepanic bucket by Adrian Griffiin, O’Dea scored the next seven points, highlighted by Paulo Banchero slam in transition.  Stepanic got back into it and after a 9-4 run they had tied the score at 11-11 with just under three minutes to play in the opening stanza.  Would continue their run, pushing their advantage to 19-13.  During that run, R.J. Davis hit a three and completed an “old fashioned” three-point play.  With 1:30 left in the quarter, Stepanic looked in control, up 19-13.  O’Dea didn’t falter, scoring the final three points of the quarter to get to within three, 19-16, going into the second period.

Davis hit a jumper for Stepanic, but a pair of Banchero baskets brought O’Dea to within 21-20 at the 5:20 mark.  After an exchange of baskets, Stepanic finished off the quarter with an 11-2 run, culminating in a pair of free throws for Malcolm Chimezie to make it a ten-point game at the half, 34-24.

Griffin scored the quarter’s first points for Stepanic on a mid-range jumper but that was countered by one from Banchero.  The flood gates opened up for Stepanic as they went on a 10-0 run behind the contributions of Davis and Luke Fizulich.  With just under five minutes to play, Stepanic led by twenty, 46-26.  As quick as that happened, O’Dea got back into the contest.  They pulled off a 10-0 run themselves, highlighted by a three from Jaylon Ellis.  Stepanic, Griffin finished the quarter as it started, scoring for Stepanic.  With one quarter left, East led West 50-38.

Davis led Stepanic with 26 points while Fizulich had 15 points and Griffin contributed 12 points.