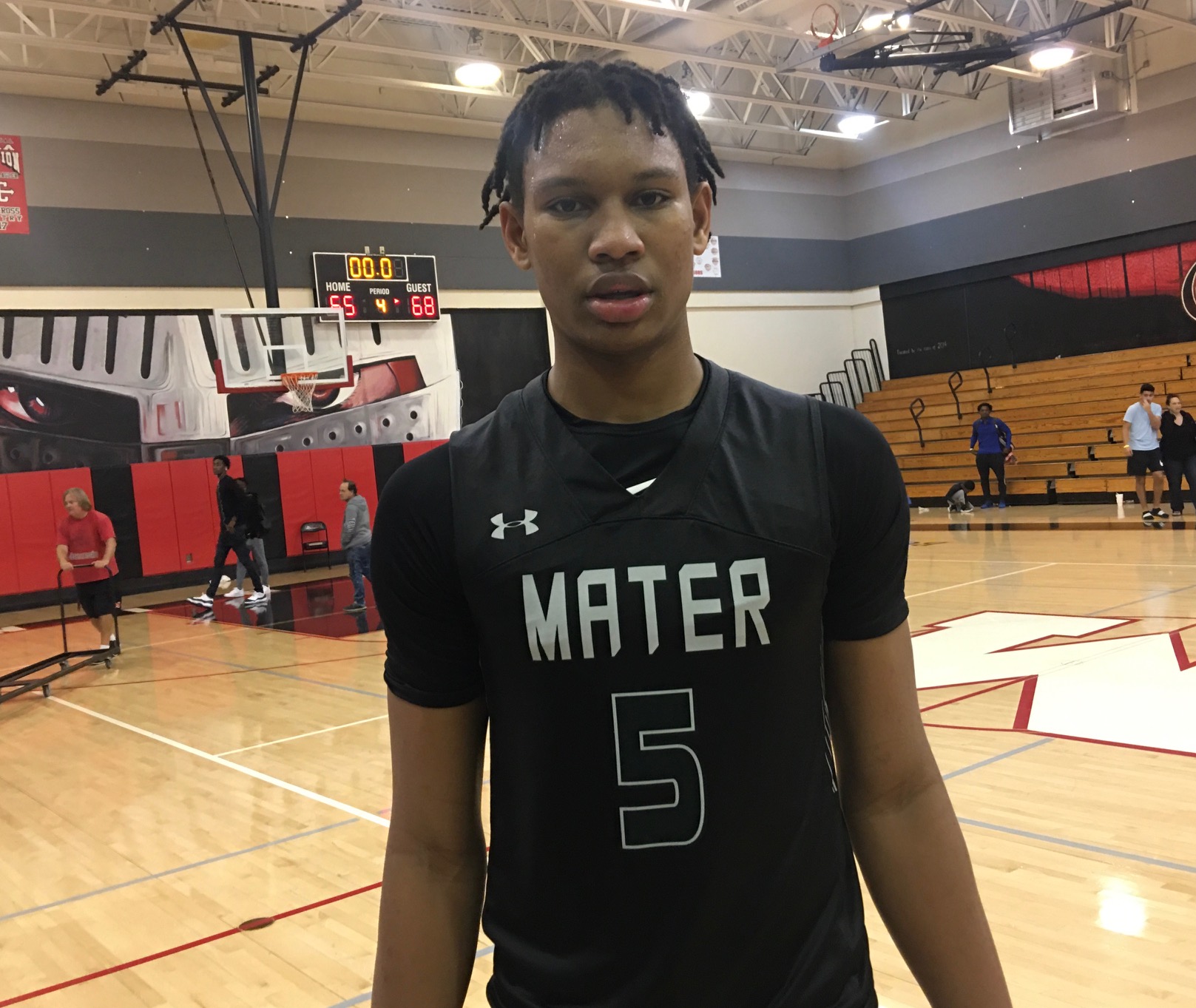 Local private school power Evangelical Christian took on one of the top teams in South Florida, the Mater Academy Lions.  This would give a broader stage to both programs.

EC got on the board first with a putback from Aaron Jones.  Mater Academy quickly showed why they are one of the better teams in the state.  A 7-0 run, capped by a three from Michael Bradley, made the score 7-2 with just under five minutes to play.  EC answered quickly with a pair of baskets to get back to within one.  Mater scored on a baseline drive by Malik Renau to make the score 9-6 in favor of Mater with three minutes to play.  At that point, the well went dry for the Lions and EC capitalized.  A pair of transition baskets from Jones and a three from E.J. English gave EC a 15-9 lead.  Mater would score just before the end of the quarter to end the drought, but EC led 15-11 after one.

Mater came out hot to start the third, putting on a 12-0 blitz to take a 38-32 lead with just over five seconds to play.  EC finally got on the board with a floater from Dylan McDaniel, but Mater wasn’t done.  Renau scored twice off of steals, then he and Isaiah Josue each completed three point plays.  Now the margin was fourteen in favor of Mater, 48-34, with under three minutes left in the period.  EC finally got back into the swing of things and got to within nine, 53-44, with thirty seconds left.  A buzzer beating three from Bradley of Mater made the margin thirteen, 56-43, going into the final period.

Mater never took its foot off the gas in the fourth quarter.  They eventually grew the lead to twenty, 76-56, with just over a minute to play.  EC just didn’t have the manpower to survive the Mater onslaught.  The Lions would win comfortably by the score of 78-60.

Mater was led by Reanu with 27 points while Bradley added 21, all on threes.  Josue contributed 12 points.

Jones led EC with 27 points while both Trent Guttery and McDaniel put up ten points each.