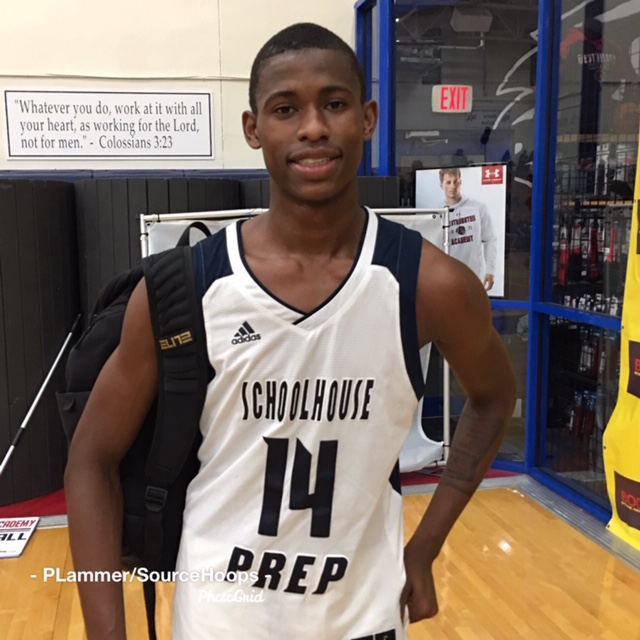 FORT LAUDERDALE — Westminster Academy was the site of the Box Score Report Shootout on Friday and Saturday (Jan. 10-11, 2020).

Here are the top performances from Day 2, headlined by two big-time game-winning drives to the hoop & a monster performance from Chaminade-Madonna center Andre Weir:

The Stetson point guard recruit’s driving layup with 3.1 seconds remaining was the deciding bucket in the Lions’ 66-64 victory over University School. With the score tied, Swenson held the ball until about 5 seconds remained. He drove past U-School 2022 star Jett Howard, got into the lane and banked in the game-winner. “Coach [Ehren Wallhoff] told me to hold the ball until the last play,” said Swenson, who finished with 16 points. “He told me to hold the ball until 5 seconds, get a play, try to finish, get the win.” The veteran played huge in the second half. After taking only 2 shots from the field over the first two quarters, Swenson made 5 of 10 in the second half to power WA (10-4).

Lopez (pictured) knocked in 23 points during a 54-53 victory over defending state champion Stranahan. It was his last 2 that mattered most: the 6-4 guard out of Queens, N.Y., made a beautiful reverse layup with about 7 seconds remaining for the eventual game-winning points. “We knew the defender was going to overplay … they’ve been doing it the whole game,” Lopez said. “So, I knew if I faked up and went backdoor I was going to get a wide-open layup.” Lopez is a very tough guard. He is an excellent finisher. Lopez has two scholarship offers from McNeese and Maryland-Eastern Shore. But expect his recruitment to pick up: St. Bonaventure, SMU and NJIT are all showing interest.

Weir, 6-feet-9 in bare feet and 6-10 with shoes on, pulled down an impressive 25 rebounds and scored 17 points during a 52-49 loss to 11-3 Pine Crest. Weir had nine rebounds in the first quarter alone. He made 7 of 13 from the field and 3 of 3 from the free-throw line. The Chaminade big man was committed to Northeastern at one time but is now back on the open market looking for the right fit. Weir recently picked up scholarship offers from Richmond and St. Bonaventure and is receiving strong interest from Indiana and St. John’s.

Lee was impressive from all points on the court in a victory over Riviera Beach Suncoast. He scored from deep, nailed mid-range jumpers, even showed off a Dirk Nowitzki fade-away en route to a 26-point performance for Surge (13-5). Lee, who came south from Vermont, has offers from Elon, New Orleans, Radford and Stetson. He has visited New Orleans and plans to visit Morehead State.

The high-major Division I recruit bombed in six 3s on the way to 25 points in the loss to Westminster Academy. Howard is a major weapon for the two-time defending state champion Sharks. Howard, the son of Michigan head coach Juwan Howard, continues to carve up defenses. He did all of his damage while shooting 9 of 13 from the field. Has early offers from Florida, Michigan and Vandy.

The 6-10 WA center posted a double-double as the Lions got revenge from a loss to U-School earlier in the season. Middlebrooks scored 19 points and grabbed 10 rebounds. Like Jett Howard, Middlebrooks can do his damage without shooting the ball 30 times. He connected on 6 of 12 from the field and got to the free-throw line 8 times. Took the ball to the basket hard vs. U-School’s Taylor Hendricks. Among early offers: Florida, Florida State, Iowa State and Wake Forest.

Thompson continues to excel in just his sophomore year. He scored 20 points — including hitting three 3s — to lead Pine Crest (11-3) past Chaminade-Madonna. Twin Amen Thompson also gave Chaminade fits. Amen Thompson got to the free-throw line 13 times. The pair are excellent at getting downhill on you. They bring the passion and intensity. Early offers from Alabama, FAU, Iowa State and USF.