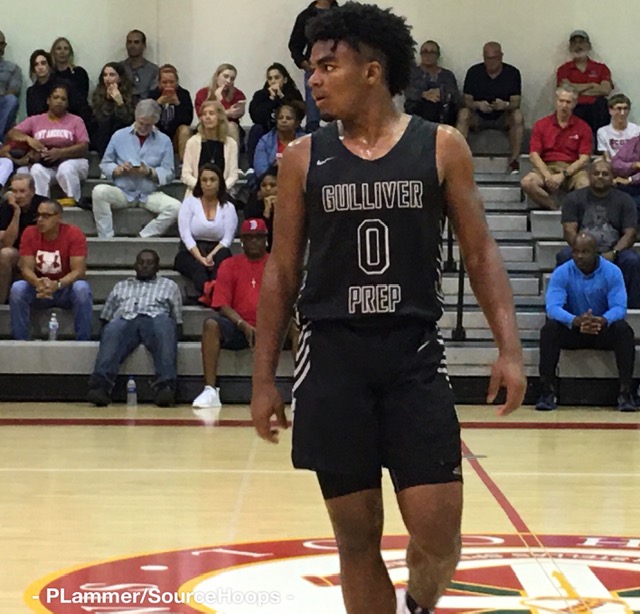 Class 3A St. Andrew’s jumped out to a 15-5 advantage to start the game thanks to a 15-3 rebounding advantage. 2021 Josh Minott had 6 rebounds in the first quarter alone.

But Gulliver Prep turned the game around from the free-throw line. The Raiders turned a 15-5 deficit into a 33-26 second-quarter lead. The Scots, on the other hand, struggled mightily from the charity stripe.

At the half, Gulliver was 11 for 11 on free throws. St. Andrew’s shot 5 for 23. Devin Hines missed 8 of his first 9 free throws and Minott went 1 for 8 over the first two quarters.

“We only gave up three offensive rebounds in the second half,” DeCesare said. “I told our guys we keep them off the boards we’ll win the game.”

Senior Diego LaMonica — a tight end in football who signed with Vanderbilt — also hit double-digits for Gulliver with 10 points and 6 rebounds.

“We’re coming along very well,” Taylor said. “We’re bonding on the court and off the court. We proved that we are one of the top teams in the state, in the country, too. We’ll play anybody.”

Yale 6-9 forward recruit Yussif Basa-Ama led St. Andrew’s with 22 points and 9 rebounds. Basa-Ama made 6 of his 7 shots from the field in the second half.

But again, it was that free-throw line performance that killed the Scots. They finished 11 for 34. Twenty-three misses in what ended up being a 12-point game.