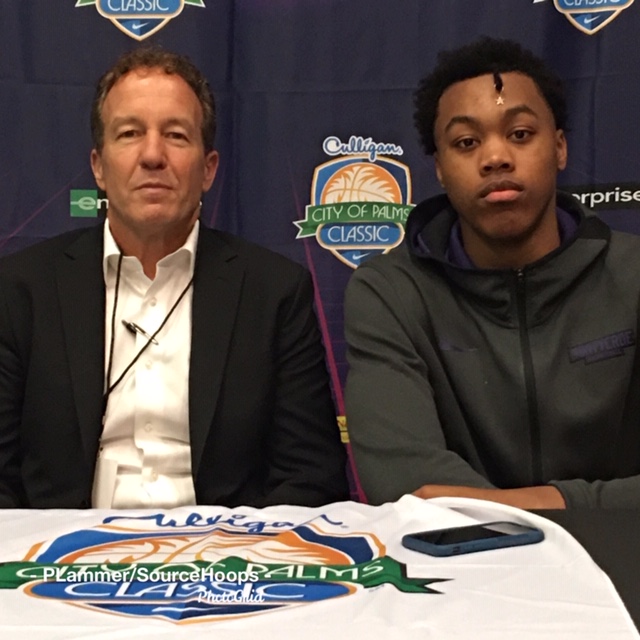 A young Scottie Barnes matched wits with Montverde Academy head coach Kevin Boyle as a 10th-grader while competing at the 2018 GEICO Nationals.

Barnes and Davie University School would fall to Montverde, 76-58, that day in an all-Florida final at Christ the King High School in New York City.

“It’s funny … when he was a sophomore, we beat them in the GEICO national championship final and he said to me he’s going to see me next year,” said Boyle, in his ninth year at the helm of the Central Florida powerhouse, “which the next year we played him again and beat him.”

Headed into the current school year — with two FHSAA Class 5A state championships and two GEICO Nationals appearances already under his belt — Barnes yearned for more.

The 5-star Florida State signee decided to head north up the turnpike and join forces with Boyle at Montverde for his senior year. The move has been a match made in heaven.

Barnes and Montverde have run off 17 consecutive victories to start the season and are a consensus national No. 1. The latest W was a 99-47 rout of Archbishop Carroll (Pa.) Saturday night at the Metroshore Classic in New Jersey.

“I think circumstances … things just happened there where for whatever reason he was looking for something different,” Boyle said. “He was playing with Cade [Cunningham] and some of those guys [on the Nike EYBL circuit]. I think I probably had about a 15-second conversation with Scottie and I think he just thought it as a good place for him to be.”

The four-time national champions (2013, ’14, ’15, ’18) finished off December by winning the prestigious City of Palms Classic in Fort Myers and the John Wall Invitational in North Carolina.

For the 6-foot-8 Barnes, a native of West Palm Beach, it was his second City of Palms championship and the second time he’s been named the MVP. Barnes posted a double-double in the 63-55 championship game victory over IMG Academy with 15 points, 12 rebounds and 5 assists.

“I see myself as a leader on this team,” Barnes said. “I think I’m stronger mentally, physically. I think I’m smarter in the game now. I think I’m around really good players right now that push me. This is probably like my best year I’ve played defensively because I’m being pushed every day in practice and being put in the right spots.”

The versatile playmaker brings a lot to the table. On offense, he can run the club at 6-8 or move into the post and play center. Defensively, he can guard all five positions. But it is Barnes’ energy and leadership that sets him apart.

“I was well aware of him because obviously he’s one of the better players in the country, if not as good as anybody,” Boyle said. “He’s as valuable as anybody is in the nation as a player … his complete game … without question. You can make a case that we have Cade Cunningham, who some people have No. 1 in the country. But you can also make a case for Scottie as his value to a team of guarding [positions] one through five, his emotional leadership, his ability to handle the ball, pass the ball, of his incredible unselfishness, which just propels everyone else to be unselfish.”

Montverde continues its quest toward a fifth national championship Jan. 19 when they tangle with Bradenton’s IMG Academy at the Hoophall Classic in Springfield, Mass.