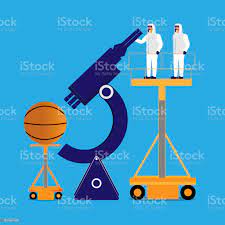 Last year’s champ, Calvary Christian out of Fort Lauderdale, got bumped to Class 4A for the next two seasons, leaving Class 3A wide open for a new champion.  Looking over the many candidates, we feel like Riviera Prep out of Miami has the goods to finish on top.  It starts with 5’10 senior Estban Llubres, a dynamic point guard that scores and assists at a high level.  The inside tandem of 6’7 junior Osmar Garcia Araujo and 6’10 senior Edward Nnamoko will make scoring at the basket difficult for opponents.  Araujo is a match-up problem with his ability to score inside and out while Nnamoko as active on the interior and can score with some basic post moves.  Dante Allen, a 6’4 freshmen, will make an impact and Landon Suarez a 6’0 junior perimeter sniper, along with 6’6 junior Joe Ametepe, an energetic force inside, know their roles and play them very well.  It is a tough region as Westminster Academy, Miami Country Day, and Florida Christian are all able to challenge Riviera Prep for a spot in Lakeland.

The Celtics of Trinity Catholic are all in on this season, thanks to several transfers that will elevate the program.  An frontcourt, led by 6’7 senior Elijah Russell that goes 6’7, 6’8, 6’6, and 6’6 will be tough to contain while returnee L.J. Pugh, a 6’1 senior will combine with newcomers Ashton Lovette (6’3 senior) and Greg Maxwell (6’2 junior) too light up scoreboards.  They will face a stiff challenge from the likes of Florida High and Maclay out of Tallahassee, Bishop Snyder and Episcopal out of Jacksonville and Windermere Prep out of Orlando.  Tampa Catholic looks to be a clear favorite in Region 2 despite being a young group.  Eddrin Bronson, a 6’3 junior, Karmello Branch, a 6’4 junior and 6’6 sophomore Karter Knox know how to points on the board.  Primary challengers to TC will be Tampa Berkeley Prep and Calvary Christian out of Clearwater.  Region three has been dominated by South Florida teams the past couple of seasons but the programs down there look to be in a rebuilding mode.  That is why we give a slight nod to Holy Trinity out of Melbourne.  Led by 6’5 athlete Theo Mansell, HT has a group of solid athletes that play uptempo and are eager to take the next step in the playoffs.

The 6’3 senior is a dynamic point guard that plays with flair.  Whether scoring from all three levels or finding open teammates for easy scores, Donaldson has fun playing the game and it shows.  He is a two-sport athlete that also excels on the football field.  He has signed with Auburn and will play both sports for the Tigers.

We’ve mentioned both Donaldson and Llubres.  Abel, a 6’5 senior, is a sniper with swagger.  He will drain shots both off the bounce and the catch regardless of distance or defensive pressure.  Gilmore, a 6’3 senior, is a solid senior point guard.  The lefty creates havoc for the defense with his ability to both score from the perimeter or attack the paint with the dribble.  Hawkins, a 6’6 senior, is another football/basketball stud.  He is strong and owns the basket area, but has really improved his ability to score with the jumper from the perimeter.

Providence will always be good but this year’s team is so young that the Stallions are getting a bit overlooked.  That is a mistake.  With only one contributing senior, Providence will rely on a sophomore class that is one of the best in North Florida, if not the entire state.  No doubt they will be ready come playoff time.

The 6’0 senior is tough, tenacious, and backs down from no one.  He will stick a dagger in the opposition from beyond the arc, break pressure and find open teammates for easy scores, and make life miserable for opposing ball-handlers.