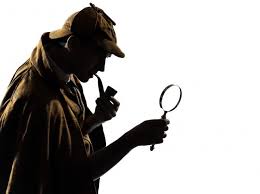 Calvary was last year’s state champ in Class 3A.  After the FHSAA’s bi-annual re-classification, the Eagles got bumped up to 4A.  Regardless of classification, the team would have been the favorite to win a state title.  Nationally ranked in all of the pre-season polls, Calvary brings a lot of size and talent to the table and will most likely have a starting five that goes 6’9, 6’8, 6’8, 6’4 and 6’4.  At the top of the lists is Taylor Hendricks, a UCF signee that can play inside or out.  Seniors Greg Glenn and Brenan Lorient, both 6’8, are strong, physical and athletic.  Tyler Hendricks, a 6’4 senior, is the team’s best perimeter shooter.  Juniors Marvel Allen (6’4) and Carl Cherenfant (6’6) are high major recruits in their own right.  Calvary will take on a national schedule and look not only to win another state title but earn a spot in the GEICO Nationals in April.

Jackson is another team that got bumped up in classification this year.  With an abundance of quick guards and a pair of athletic bigs in seniors James Morrow (6’8) and Stephon Payne (6’9), Jackson has all the vital components needed to make a return trip to Lakeland.  They will get challenged by Pensacola, Alachua Santa Fe, and Marianna in the region.  Lake Highland Prep reached the regional finals last year and with a heathy Brice Sensabaugh this time around could make it all the way.  A 6’6 sweet shooting senior, Sensabaugh has signed to play with Ohio State.  He will get plenty of help from 6’2 Mercer signee Jah Quinones and Embry-Riddle commit Jared Berry.  Expect the likes of The Villages and Cocoa to give the Highlanders a challenge in the region.  Region Three is a real toss-up but we like Sarasota Booker’s chances.  The Tornadoes reached the playoffs last year and have decent size in 6’5 senior Kenson Olaince and 6’4 junior Zendearean Fletcher.  In Region Four, North Broward Prep, Cardinal Gibbons and Hialeah Mater Lakes al harbor upset hopes against Calvary.

The 6’9 Hendricks has all the tools to be a modern-day stretch four and could eventually play the small forward spot.  He is a good athlete with length, has a reliable shot out to the three point line, is effective as a pick and pop jump shooter or as a roll man to the hoop.  At this level, he is a high volume rebounder and shot blocker.  Hendricks will become even more effective in college as his body matures and he gains strength.  UCF stole a good one from power five conferences.

Sensabaugh never really recovered from knee injury sustained in 2020 until early this summer.  Once he got healthy and showed off not only a consistent three point shot but the ability to drive and score in a crowd, his recruitment took off.  Abson, a 6’9 senior and Appalachian State signee, is a throwback to the days of low post play.  He has good footwork, soft hands, a variety of scoring skills down low and the skills the face the basket and score from eighteen feet and in.  Allen is a tough junior that is one of the best two-way players in the state.  He brings an aggressive demeanor to both ends of the floor.  Young, a 6’4 senior, does a little bit of everything.  He has a feathery jump shot, solid ball-handling skills, and good court vision.

Former Heat standout and Basketball Hall of Famer Ray Allen takes over the helm at Gulliver Prep.  IT is a young group but he has some talent to work with, starting with his son.  Ray Allen III is a 6’2 junior that showed vast improvement over the summer.  Jordan Bankston, a 6’0 junior averaged 20+ppg last season.  Those two are a good foundation.

The 5’10 senior didn’t worry about trying to live up older brother Joel.  He just went and played his own game and has excelled.  Tough and confident, Berry makes winning plays in crunch time.  Whether a dagger jumper, a clutch drive and score, or a timely defensive stop, Berry is very important to the Highlanders success.