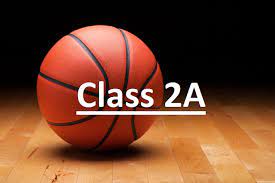 The Warriors are coming off an undefeated state title season and are currently on a 47-game winning streak.  Three starters return from that group, setting the foundation for what looks to be another state title run.  Ven-Allen Lubin, a 6’7 senior that has singed with Notre Dame, is a do-it-all performer from the forward position.  Whatever needs to be done to win, he does.  A.J. Brown, a 6’4 senior heading to Ohio University to play his college ball is an unparalleled scorer with an ability to slash to the basket and score or knock down perimeter shots.  Inside, 6’9 junior Jayden Hastings, a top fifty prospect in the Class of 2023, anchors a strong defense with his ability to protect the rim and grab rebounds out of his area.  The rest of the supporting cast is young but talented.  Isaiah Brown (6’3 sophomore), Ameer Ramadan (6’0 sophomore) and Mikel Brown (5’10 freshman) will be the main rotation in the backcourt.  The Warriors face a brutal national schedule and aren’t likely to finished undefeated again, but they should be in Lakeland and be favored to win another title.

Impact Christian once again was a Lakeland participant last season.  That shouldn’t change this year.  The squad still has plenty of size to overpower teams in that region.  They will get stiff competition from the likes of Crossroad Academy out of Quincy, Tally FAMU, and neighboring North Florida Educational.  SWFL Christian out of Fort Myers was another Lakeland participant in 2021.  With 6’1 senior Jaylen White running the show and a trio of transfers that will help both inside and out, the Kings look to be just a notch above district rival First Baptist of Naples, Bradenton Christian, and Tampa Cambridge. Down south in Region 4, it looks like Sagemont has re-tooled after a couple of seasons out of the spotlight and are ready to make people sit up and take notice.  Juniors Tynan Becker (6’6) and Adrian Cruz (6’3) will be the leaders for the Lions.  Getting past the likes of Grandview Prep, Highlands Christian, and Dade Christian will be no easy task.

As already mentioned, Lubin was named “Mr. Basketball” for Class 2A as a sophomore.  His overall game has been impressive when viewed during the fall and summer.  He relentless on the boards at both ends, scores well around the basket, runs the floor, and is an established perimeter threat.  Lubin’s most likely challenger for this honor is teammate A.J. Brown.  The 6’4 senior had several stellar outings this summer and fall.

OCP’s three-headed monster are the among the best players not just in 2A but in the state regardless of classification.  Parker, a 6’6 junior, is a high-major recruit in his own right.  He can and will play any position on the floor.  White is a scoring point guard that gets others involved first but when the team needs a bucket, his number is called.

A district runner-up last season, the Highlanders return six of their top seven scorers and could take the next step.  Justin Gaten, a 6’5 senior, averaged fifteen points a contest last year.  Jarael Holston, a 6’8 senior will provide size.

It seems like every season Mount Dora Christian has a guy that elevates his game and the team along with him.  This year, that player is Reggie Virgil, a 6’4 senior.  Last year in a secondary role, he averaged 16ppg and 8 rpg.  He will haver every opportunity to enhance those numbers this season.