Tre Simmons, Orlando Edgewater: 6’1 junior stuffed the stat sheet on Saturday as he was 2-2 from deep, dished off for three assists, scored in transition, and had active hands and feet on the defensive end.  Simmons is definitely a player we want to see again.

Bryce Turner, Jacksonville Sandalwood: 6’5 junior played bigger than his size with his ability to spear rebounds in traffic, score through contact, and challenge shots in the lane.  Turner scored best from inside fifteen feet on Saturday.

Jarvey Gainey, Ocala Trinity Catholic: 6’2 junior had his silky smooth jumper dialed in this past weekend.  His range extends well past the high school three point line.  Gainey showed continued improvement in his ability to get to the rim and finish through contact in traffic.

Brice Sensabaugh, Orlando Lake Highland Prep: 6’4 sophomore had solid outings as he combined his textbook jump shot with some crafty dribble moves to score in a variety of ways.  Sensabaugh proved to be quicker and a better athlete than he appears.

Amarachi Ujagbor, Pembroke Pines Charter: 6’6 senior has a wide, sturdy frame and used it well at both ends of the floor when viewed on Saturday.  He showed good touch with both hands around the basket, grabbed rebounds and got the ball out in transition quickly, and relentlessly pursued missed shots on the offensive glass.

Michael St. Germain, Maitland Orangewood Christian: 6’3 senior was regarded as just a catch-and-shoot specialist but proved that he is more than that.  Scored repeatedly on floaters and drives into the lane area to go along with his ability to extend the defense with his perimeter shooting.

Javen Smith, Pembroke Pines Charter: 6’0 junior proved to be speedy and quick with the ball.  He continually got into the heart of the defense and made things happen.  Smith also proved to be a dangerous three-point shooter, draining four in a row during the contest we witnessed. 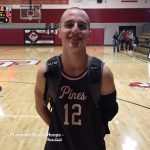 Pat Lammer - January 14, 2020
0
COOPER CITY -- Dallas Graziani (pictured) was back in the Cooper City High gym Tuesday night but this time as a member of the... 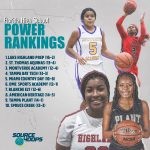 Cory Rollins - January 13, 2020
0
While our primary focus has been on boys’ basketball, we just had to show the girls some love by releasing a Florida High School... 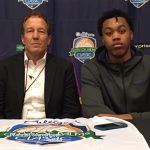 Pat Lammer - January 14, 2020
0
COOPER CITY -- Dallas Graziani (pictured) was back in the Cooper City High gym Tuesday night but this time as a member of the...

ABOUT US
Our experienced staff provides honest, reliable and insightful scouting reports for college coaches across America. That experience comes from both a coaching and scouting perspective.
FOLLOW US
© Copyright 2019 - Sourcehoops - All Rights Reserved. Terms of Use. Privacy Policy. Designed by Sociolus