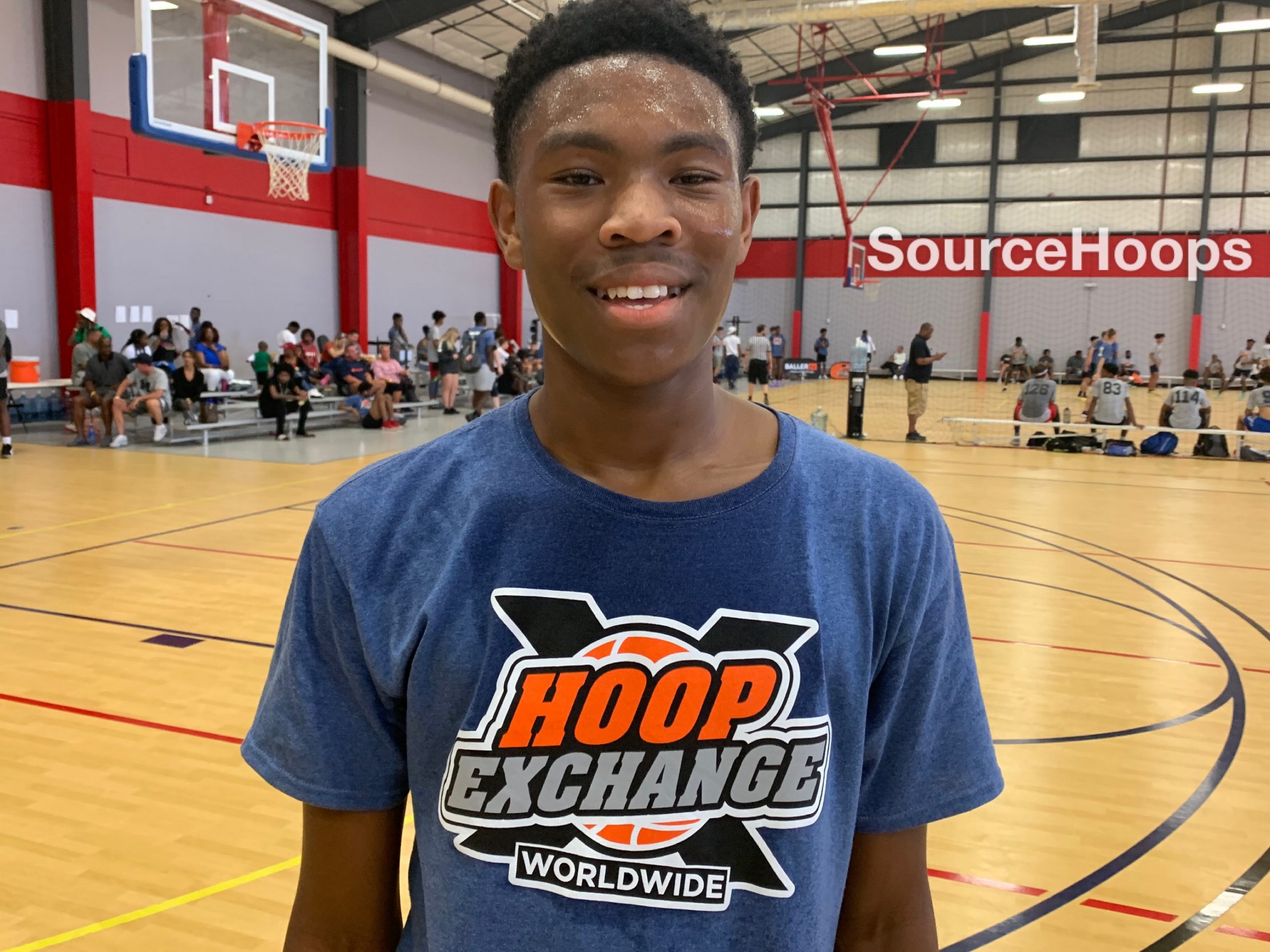 Jaylen Martin, Tallahassee Florida High: 6’6 junior punished opponents with his physicality in a variety of ways.  He took the ball strong to the basket, converted inside, powered up for rebounds at both ends of the floor, and showed positive skills as a passer on the move.

Faheim Meran, Miramar: 6’4 sophomore was very active on the offensive glass, out-rebounding taller opponents to score.  He also impacted the contest with his long wing span and quickness to the ball at the defensive end.

Mason Brown, Palm Beach Gardens: 6’2 sophomore torched the nets from deep, most of those makes coming off the dribble against a contesting defender.  Brown also showed good speed with the ball and an ability to get past defenders to collapse the defense.

Marquise Rue, Winter Haven: 6’5 senior was very productive in his ability to score around the basket.  He also displayed a reliable perimeter jump shot when given some room.  Rue contributed on the boards and made a lot of hustle plays during the contest.

Nate Sasser, Boca Raton Grandview Prep: 6’6 freshman had everybody in the gym excited with his combination of elite athleticism and high skill level.  The lefty made good passes, got to the rim and finished in traffic, and rebounded well at both ends of the floor.

Gabriel Sharp, Tampa Prep: 6’3 senior scored well from a variety of distances and angles on Saturday.  He created with the dribble to get off his perimeter shot and used his strength to overpower defenders when heading to the basket.

Makai Willis, Tallahassee Florida High: 6’7 junior showed more scoring skills than in the past.  He stepped out and knocked down a three but also scored with more ease and fluidity down on the block.  Willis also worked the offensive glass to great effect in the game we watched.