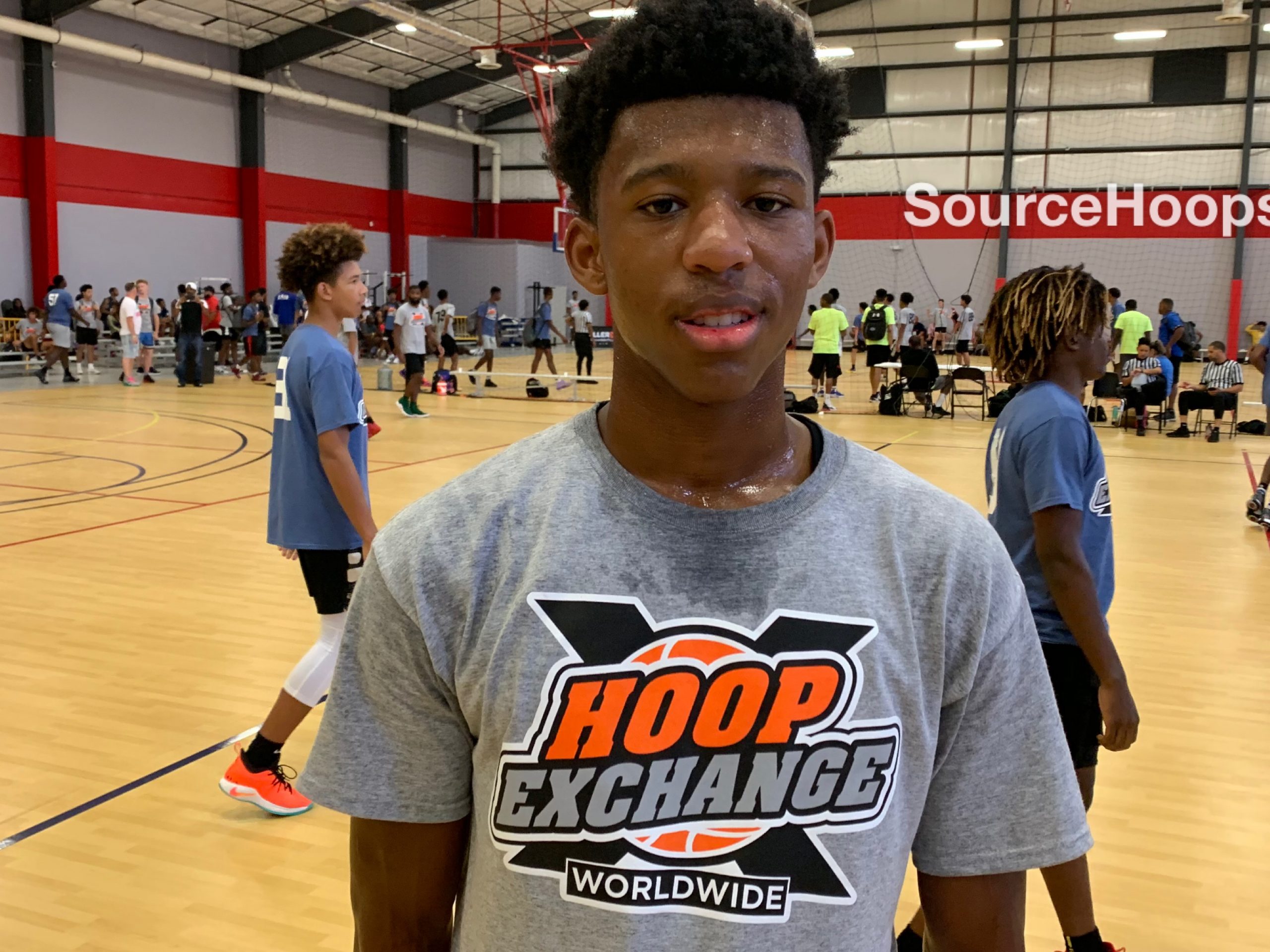 Amen Thompson, Fort Lauderdale Pine Crest: 6’5 sophomore excelled at getting to the basket and scoring in a variety of ways.  Alert passer, sneaky offensive rebounder, and crafty defender.

Ausur Thompson, Fort Lauderdale Pine Crest: 6’5 sophomore played unselfish, got others involved, scored at the basket in traffic thru contact, and won rebounding battles against bigger players.  High basketball IQ and skilled in all phases of the game.

Kanye Jones, Windermere HS (pictured above): 6’4 junior consistently scored on drives to the basket.  He was also dialed in from deep, scoring both off the catch and when using ball screens to get open.

Trey Moss, Windermere HS: 6’3 junior played with a great deal of energy and used it to be disruptive on defense and attack the opposition on the offensive end.  Moss is an effective perimeter shooter, especially when coming off ball-screens.

Omar Figueroa, Orlando Christian Prep: 6’0 junior has point guard size but made a great impact with his ability to score from all three levels.  He showed an ability to hit floaters in the lane, connect on mid-range if given space, and drill deep jumpers when given the opportunity.

Dimari Flynn, Port St. Lucie West Centennial: 6’4 senior wing was dynamic in his ability to slash to the basket and was especially effective in transition or putting down lobs in the half-court.  He shot the ball well enough to be respected.  Flynn also used his length effectively on the defensive end.

John Gamble, Punta Gorda Charlotte: 6’5 freshman didn’t get many touches in the game we watched.  We can tell he is still adjusting to not being the biggest, fastest, and best athlete on the floor now that he is on the high school level.  Still, Gamble showed enough in terms of using his length and athleticism in transition and on the glass to have a very high ceiling and bright future.