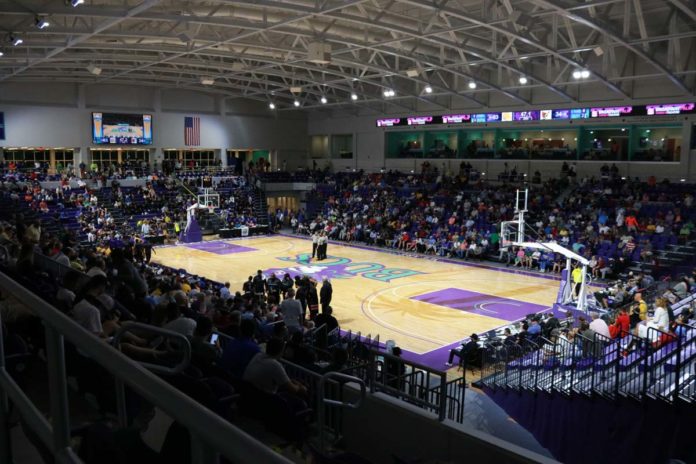 Both teams last played Tuesday with Osceola falling to Imhotep Charter out of Philly while Vashon, one of the top programs, not just in Missouri but all of the Midwest, found University School more than living up to a top ten national ranking.  Both programs are looking for redemption and a chance to at least claim a Consolation Championship.

Vashon drew first blood with a three point play from 6’2 senior Donyae MCCaskill.  Osceola struggled with their first four possessions (three turnover and a miss) and after 6’2 senior Mario McKinney scored in transition, Osceola called time out.  Vashon led 7-0 before the Kowboys finally got on the board with a three from 6’2 senior Jeremiah Palermo.  Vashon answered with a three of their own but Osceola then went on an 11-2 run as 5’9 senior Josh Marte contributed seven of those eleven, the last three being an old-fashioned three point play to give the Kowboys a 14-12 lead at 1:32 in the open period.  Vashon clawed back to re-take the lead briefly before a buzzer-beating three by Osceola ended the first quarter with them on top 18-16.

Osceola the second quarter on a hot streak as the Kowboys hit four threes in a row as part of a 14-5 run to open up a 32-21 margin at 5:27 left in the half.  Vashon was undaunted and replied with a 7-0 run highlighted by a three from 6’0 junior Phillip Russell.  A bucket inside by Jeremiah Palermo stopped the run for Osceola, but Vashon kept coming until they tied the score at 34 on a drive by 6’7 junior Cam’Ron Fletcher with 2:42 left in the half.  Osceola re-gained the lead briefly on their next possession but a 5-0 run by Vashon would give them a lead they would not relinquish, ending the half up 43-41.

A three point play by Vashon’s Russell opened the third quarter.  Osceola responded with a three from Jeremiah Palermo and a pair of free throws from 6’6 senior Isaiah Palermo to tie the score at 46 with just under two minutes gone in the period.  At that point, Vashon’s defense picked up, which elevated its offense.  The Wolverines put together an 11-0 run, started with six straight points from Fletcher and highlighted by a lob slam from McKinney, making the score 57-46 with just over three minutes to play in the third.  Osceola would get the margin down to seven but a buzzer-beating three from Russell made it a ten point lead for Vashon at 63-53 with one period left to play.

A 10-4 run by Vashon to open up the fourth quarter gave the Wolverines their biggest lead at 73-57 with just over five minutes to play.  It looked over for Osceola to everybody but Osceola.  The Kowboys took advantage of Vashon mistakes in ball-handling and at the free throw line to mount a comeback.  A 17-5 run over the next three plus minutes brought them back to within four at 78-74 after a Josh Marte three with 1:30 left to play.  However, that was the best they could do as Vashon collected themselves and closed out the game at the foul line, winning by a score of 85-76.

Vashon was led by Russell with 28 points while Fletcher added 20, McKinney added 13 and McCaskill tallied 12 points.