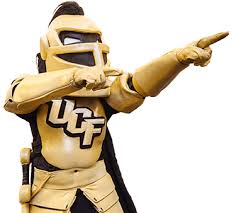 It was an impressive performance by rising 6’0 sophomore Darius Johnson Sunday afternoon.  Playing for E1T1, he drained five consecutive three point shots before showcasing his ability to finish in traffic at the basket in both transition and on drives in the half-court.  Throw in a couple of assists and it’s clear that Johnson has the makings of a top tier point guard in the Class of 2021.

Not to be outdone, older brother Xavier Johnson made his mark in the same contest.  A 6’2 rising senior who will stay at a boarding school in Virginia made his perimeter shots but impressed most with his ability to score at the basket, draw contact, and get to as well as convert at the free throw line.  He brings a cerebral approach to the game, which isn’t surprising as Dad is a college coach.

Victory Rock Prep’s 6’6 rising junior forward Mawot Mag continue to improve his overall game and raise his recruiting profile.  Combining his physical gifts of athleticism and strength to go along with a “do what it takes” mentality, Mag made his mark in the contest by rebounding at both ends, beating the defense down the floor for scores, and defending ferociously.  While more likely to head to the basket than shoot jumpers from outside the lane at this stage, Mag’s perimeter scoring has improved quite a bit since the end of the high school season.

At 6’4 with the ability to play both guard spots, Victory Rock Prep rising senior Jackson McCoy is an intriguing prospect.  He has excellent speed with the ball and consistently pushes the pace of the game.  McCoy showed an innate ability to make tough shots at the basket in traffic on Sunday.  Though only taking a pair of perimeter shots in the contest, his mechanics are sound and he could probably take on more point production responsibilities if necessary.  With his size and lateral quickness, he can defend both backcourt positions.

Schools at the high academic end of the spectrum should take a look at John Lawrence, a 6’8 rising senior from Winter Park Lake Howell.  A quintessential pick-and-pop “stretch four”, Lawrence makes shots well beyond the three point line.  He also catches the ball well and converts on rolls to the rim. Though slight of build, he doesn’t shy away from the physical aspects of the game.  One of our favorite moments was his diving and the floor for a loose ball and wrestling it away from a pair of opponents.

Ahren Freeman, a 6’5 rising senior at Jacksonville Providence, is either “position-less” or can play all but the five spot depending on how one chooses to look at things.  He’s got a solid frame and is a rugged rebounder than can grab defensive boards and push the ball up the court on his own.  Freeman does a solid job of keeping his head up when on the move with the ball and makes good pass vs. shot decisions.  On Sunday, he made shots from all three levels but for whatever reason he was less than stellar at the free throw line.  While maybe not an explosive athlete, he is good enough and his combination of brains and brawn give him a matchup advantage more times than not.

It was a good outing for 6’2 Chase Johnston, a rising senior from Westminster Academy in Fort Lauderdale, on Sunday.  One of the better three point shooters in the state’s 2019 Class, Johnston converted five in a row before missing his sixth and final attempt.  His shot preparation is quick as is his release.  Johnston has become a much better ball-handler and scoring threat on the drive over the past year or so.  He is the type of player that July is made for.

Dudley Blackwell, a 6’5 rising junior at Westminster Christian, has spent time this summer playing with USA Basketball in its development program.  That experience has definitely paid off as he seemed to play with more confidence over the weekend.  With his size, court vision, and passing skills, he has no problem excelling in the role of primary playmaker.  His scoring tends to come on forays to the basket, both in transition as well as slicing his way through a set defense.  Bradley’s perimeter shooting needs some work but from mid-range and in it is pretty solid.

Team Knight brought a pair of members of the Class of 2021 and both 6’6 Craig Stark of Miami Beach and 5’11 Jon Renois of Pembroke Pines Somerset Academy acquitted themselves well against older competition.  Stark may not have scored in the contest but his rebounding and shot blocking prowess was quite impressive.  He boasts excellent timing, a quick leap, and a long reach.  Should his perimeter skills develop, he could become an attractive wing guard/wing forward prospect.

Renois made his mark by getting to the basket and scoring and taking trips to the free throw line.  Floaters in the lane and an ability to score with either hand around the rim are part of his arsenal.  Renois also does a nice job of keeping his head up while moving at full speed, surveying the court, and making good decisions with the basketball.

The Fort Lauderdale Dillard program has a knack for producing players that are crafty post scorers and it seems like the next one in line for that is 6’7 rising junior Jaylen Haynes.  Time and again he showed solid footwork and a soft scoring touch when getting the ball on the block.  Even when pushed off of his spot, Haynes was still able to turn, face, and make a move that would result in a bucket or a trip to the free throw line.  He runs the floor well in transition and his long arms make him a factor in protecting the basket.

Is there such thing as a “power point forward”?  If so, that is likely what Jalen White out of St. Pete Lakewood would be.  With strength and an enviable physique, the 6’5 rising senior becomes a problem for the defense when he decides to head to the basket.  He’ll simply overpower opponents in the lane if not fouled.  White is also adept at finding open teammates for shots when on the move with the ball.  It is routine to see White grab a defensive rebound and push the ball up the floor on his own.  A better shooter inside the arc at this stage, his fundamentals and form is solid so it should just be a matter of time before White becomes a more consistent three point threat.

When we’ve seen Ricardo Wright in the past, he has been primarily a three point threat.  On Sunday, the 6’4 rising junior from Eustis showed mover diversity to his game.  He put the ball on the floor, got to the rim and converted in traffic.  Wright also displayed an improved ability as a passer as he quickly found teammates open on the break and when driving to the basket.  Defensively he was solid as his quick feet and long arms make it difficult for the opposition to engage its offense.