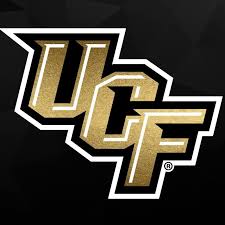 We took in the UCF Team Camp this weekend in Orlando.  Teams from all parts of state, as well as schools from other areas of the southeast, participated in a solid, well-organized event.

From our point of view, one of the top performers in the event was 6’7 rising senior Toumani Camara from Hollywood Chaminade as the lefty got a lot done.  Quick off of his feet, he routinely grabbed rebounds and pushed the ball up the floor.  Camara easily finishes above the rim in transition and on lobs to the basket.  He was also quite active on the offensive glass as his second jump is as good as his first.  Camara knocked down several catch-and-shoot three point shot attempts and proved to be a solid ball-handler and passer along the perimeter.  If he didn’t have an offer from UCF before the weekend, it would be a surprise if it wasn’t made before the end of Sunday’s games.

It was another solid performance by Hunter Cattoor, a 6’2 rising senior from Orlando Bishop Moore.  Skilled and smart, he’s also a much better athlete than given credit for.  Cattoor spent a good amount of time running the point for the Hornets, proving he can play point guard as well as off the ball and be a primary scorer.  He shot the ball well off the catch but also got to the rim and finished thru contact in both transition and on drives in the half-court.  A good passer on the move, he makes solid shot vs. pass decisions.  Defensively, he puts in a solid effort when guarding the ball and is always alert for lazy passes into his area.

Tyrell Jones, a 6’2 rising senior at Orlando West Oaks Academy, took part in the event with the Showtime Ballers travel team.  Jones continues to grow as an all-around player and in the morning game we took in, he proved that he is still an explosive scorer but has greatly improved as a playmaker for others as well.  An excellent rebounder for a perimeter player, Jones is quick to long balls off the rim and pushing the pace.  Aggressive on the defensive end, he disrupts with quick feet, a strong body, and great anticipatory instincts with the ball in the air.

O’shea Baker, a 5’10 guard in the 2020 Class out of Seminole in Sanford, was solid in his play on Saturday when we took in his game.  He is a lead guard that is at his best when pushing the pace in transition or attacking the basket in the half-court.  Baker is quite quick with change of pace and/or change of speed dribble moves.  He’s strongly built and the consistency of his perimeter shooting is improving.  Also a highly regarded football player, Baker brings a tough, physical, mindset to the defensive end.

Wellington has become a premier program over the last few season and with the play of Linton Brown this past weekend, the Wolves success won’t be ending anytime soon.  The 6’4 rising senior wing got off to a slow start in the game we took in but shook it off and come up big every time his team needed a play at either end of the court.  His perimeter shots found their mark consistently and he also used his strength to over-power defenders to get into the paint and score around the basket.  Brown is able to defend bigger players due to his solid body but he also has quick feet and can defend smaller guards when necessary on the perimeter.

Westminster Academy out of Fort Lauderdale will be looking to “three-peat” this coming season and the presence of 6’10 rising senior Goran Milokovich will go a long way to help reach that goal.  A native of Montenegro, he moved well up and down the court and show good touch around the rim when not pushed and jostled.  He rebounded his area well and challenged as well as changed shots in the lane.  It will be interesting to see how Milokovich adapts to the physical play of American basketball.  As they say, you can’t teach size, but he seems to be much more than a big body.

Stranahan out of Fort Lauderdale reached the regional finals last year with an all-underclassmen lineup, so much will be expected from them this coming season.  Judging from his play on Saturday, 6’3 rising junior Dave Herard will an important factor to the team’s quest to reach those lofty goals.  An impressive athlete, Herard not only showed consistent three point range on his shot but also was a dynamic transition finisher.  He excelled at drawing contact, getting to the foul line and converting his free throws.  Herard has the lateral foot speed and lengthy wing span to be a disruptive defender.

We had heard much about Ocala Forest’s rising senior Xavier Christie, and we were glad we got to see the 5’10 playmaker this weekend.  A good set-up guard, he does a great job of pushing the pace and often finds teammates for easy baskets.  Though slight of build, he’s both fast and quick with the ball, and does a good job of surveying the court to find the best possible option.  He shot the ball well off the catch from beyond the arc but overall didn’t actively hunt for his own offense.

Simeon German, a 6’8 rising senior at Orlando West Oaks Academy, also had a good outing with his Showtime Ballers club.  Very active on the defensive end, he’s a solid shot blocker thanks to his long reach and quickness off the floor.  German also goes after and grabs rebounds out of his area.  He is an opportunistic scorer on offense, converting lobs to the rim and putting back missed shots.  If forced to defend on the perimeter, he moves his feet well and makes passes difficult.

Looking at Thaddeus Franklin, a 6’1 guard for Hollywood Chaminade, it’s hard to believe that he is in the Class of 2021.  Incredibly strong with a well-built upper-body, Franklin uses his physique well to get to the basket at the offensive end or body up on defense.  A good passer and ball-handler, his shot right now lacks consistency but he has good form and fundamentals, so that consistency should come in time.  Another standout football prospect, he brings a dose of toughness to the court.

Inady Legiste, a 6’6 rising junior at Stranahan, is athletic, plays hard, and does his best to be the inside presence on a team of guards.  He runs the floor and routinely beats the defense downcourt for scores.  Legiste scores well around the basket but can also step out and either make shots or drive to the rim and score from the high post and short corner areas of the court.  While just 6’6, he does a solid job of protecting the basket with his length and quick leaping ability.  It will be interesting to track his progress as he moves toward playing on the perimeter to prepare for the next level.