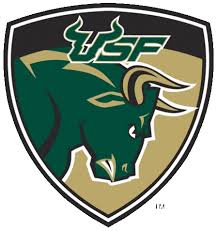 We sauntered down I-4 to Tampa Saturday to take in the University of South Florida Team Camp.  With 80+ teams and eight courts going non-stop, Coach Brian Gregory and his staff, led by Director of Basketball Operations Jarrod Lazarus, did a great job of orchestrating the event.

We were intrigued by the play of 6’7 rising senior Jequon Ferrell out of Okeechobee after watching him play earlier in the spring.  After grabbing defensive rebounds, he looks to get the ball up the floor quickly, whether via the pass or busting out of the rebound pack with the dribble.  Ferrell was quite active defensively in the team’s various trapping defenses.  He covers a great deal of ground quickly and gets his hands on a lot of 50/50 balls.  Ferrell struggled with his perimeter shot early in the contest but he knocked down a trio of three point shots late in the game.

Watching a team’s third game of the day isn’t the best time to get a solid feel for a prospect so 6’8 rising senior John Brown of Daytona Beach Mainland (and the rest of the team) get a pass for some lethargic play in a win late Saturday night.  Still, we can see the potential that Brown has in this day and age of basketball.  The lefty was quite effective when playing pick-and-pop with teammates as he knocked down both mid-range and three pointers.  He scored inside when taking the opportunity and was also reliable from the foul line.  Brown was also solid at the defensive end in forcing opponents to change shots near the basket as well as grabbing rebounds and getting the ball quickly up the court.

Ahmad Johnson, a 6’3 combo guard and rising senior at Charlotte High School in Punta Gorda, was quite productive in the Tarpons mid-afternoon game.  Early on in the contest Johnson got to the basket and scored thru contact in traffic, completing a pair of “and one” plays.  As the game progressed, he consistently knocked down open shots from inside and behind the three point line.  Johnson spent much of the game running the offense for the Charlotte squad and was solid in that role.  A solid athlete with some length, he helps out quite a bit on the offensive glass.  Maybe his most impressive play in the game we watched was his diving on the floor for a loose ball in a tight but essentially meaningless contest to everyone but him.  He’s a player that schools from one-bid conferences should really take a hard look at during the live periods in July.

It easy to appreciate the way 5’10 rising junior Sam Rolle of Riviera Beach Suncoast plays the game.  A true point guard that can score when necessary, Rolle does the obvious and the obscure quite well.  A savvy and creative ball handler, he had little problem breaking extended pressure on his own.  After breaking down the defense Rolle makes good decisions on the move with the ball.  He gets the ball into the post when the opportunity presents itself, knocks down shots off the dribble from all three levels, and gets his teammates easy shot opportunities.  Defensively he’s savvy, plays the passing lanes well, and does a good job of moving his feet when guarding the ball.

A pair of players in the Class of 2021 caught our attention.  Walter Clayton, a 6’0 guard from Lake Wales was already known to us.  The other, 6’6 James Henderson from Miami Westminster Christian was completely unknown but quickly garners attention the moment he steps into the gym.

Clayton is the clear leader of the Lake Wales team.  The squad knows to get him the ball as soon as it is secured as he will take care of it and make good decisions.  Clayton has excellent court vision, keeping his head up at all times and continuously probing the defense to make plays.  He’s a solid ball-handler that make good decisions with the ball on the move.  Clayton’s shots from the perimeter did not fall early in the contest but in the second half they were dropping frequently.  Also a standout football player, he is unafraid of contact when driving to the basket and challenging bigger players at the rim.  Defensively he’s solid, plays the passing lanes well, and gets a lot of tips and deflections.

Despite having just finished his freshman year, Henderson has a body that any college senior would envy.  His wing span is generous, he runs the floor, plays hard, and puts in a good effort on the glass.  Certainly there is work to do when it comes to skills and the fundamentals of the game, but Henderson is just starting to touch the surface to begin scratching when it comes to his potential.