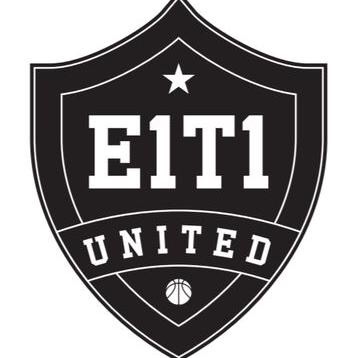 We caught up with Tony Atkins of Each 1 Team 1 to get some insight into one of Nike’s flagship EYBL programs for this coming season.

“Early on, the team is looking pretty good”, said Atkins.  “As a program, we’ve had a lot of success the past several seasons, so we won’t be sneaking up on anybody.  We’ve got a solid combination of guys with experience in EYBL play and newcomers that are hungry to prove themselves on the biggest stage in grassroots basketball.  The team went 4-1 in a very competitive tournament in Georgia last weekend and that was without four of our core guys.  Everybody should be healthy and ready to go that live weekend at the end of April in Atlanta.”

E1T1’s interior is more about quality of play than quantity of bodies.  It will start with 6’10 junior Jamille Reynolds from St. Petersburg Lakewood.  He’ll be joined by 6’9 junior Giancarlo Rosado from West Palm Beach Palm Beach Lakes and 6’7 junior Zach Anderson from Apopka.

“Reynolds is a true post player”, states Atkins.  “He’s strong and has a near-automatic jump hook over his left shoulder.  Reynolds is also a good athlete and does a great job of protecting the basket area.  Rosado is very skilled.  He can score inside as well as outside.  Rosado also plays with a big-time motor.  Anderson will play either the three or the four-spot depending on the matchup.  He’s very versatile, has a high IQ for the game, and is solid on the defensive end.”

The backcourt for Each 1 Teach 1 boasts both depth and quality.  Zaire Wade, a 6’3 junior guard from Plantation American Heritage, returns for another EYBL season.  Running with him on the perimeter will be 6’2 junior Marcus Niblack from Wildwood, 6’2 junior Luis Rolon from Kissimmee Central Pointe Academy, 6’5 junior Victor Rosa from Kissimmee Central Point Academy, 6’5 sophomore Dallan Coleman from West Nassau in Callahan which is to the west outside of Jacksonville, 6’5 junior Kobe Knox from Tampa Catholic, and 6’5 sophomore Michael James from Orlando Wekiva.

“Wade is a dynamic passer” Atkins says.  “He is especially good at coming off ball-screens and making the right decision.  His jumper is steadily improving.  Niblack will see time at both guard spots.  He’s a tremendous scorer, crafty ball-handler, and willing passer.  Rolon is vastly under-rated.  He has great court vision and puts the ball right where a teammate can quickly use it.  Rosa’s international experience should be of great help.  He is one of the top shooters in the nation and should really stretch the defense.  Coleman is playing up and has great size, strength and skill level.  At nearly 6’6, he will cause matchup issues for the opponent.  Knox has always been a knock-down three point shooter but his ability to drive the ball and finish at the rim through contact is much improved.  He might be thin, but he is both physically and mentally tough.  James has been a very pleasant surprise in playing up.  He’s been quite productive, not only with his ability to get to the basket and finish but also with making perimeter shots on a consistent basis.”