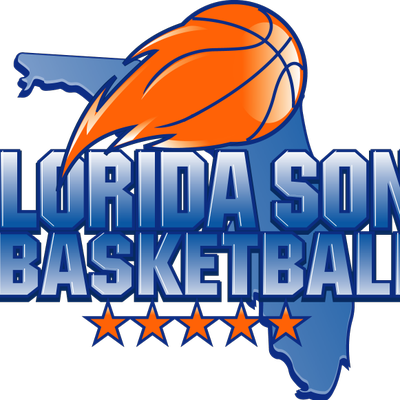 The Florida Sons have become one of the more solid programs over the past few years since Loren Jackson started the team to complement his Victory Rock Prep program.  We caught up with Coach Jackson to get some insight on this year’s Sons team.

“We’ve got a young team but I see improvement everyday”, stated Jackson.  “Our goal is to get players better thru skill work and playing against top competition.  We are very young and we are looking to add a couple of pieces to the team. “

The Sons have a lot of size, starting with 7’1 junior Fares Kacem.  Other players that will see time in the frontcourt include 6’8 freshman Prince Mosengo, 6’10 freshman Jamine Charles, 6’11 junior Elhadji Malick Sene, 6’7 sophomore Mouhamadou Mbow, and 6’6 junior Gedeon Dimoke.  All play for Jackson at Victory Rock Prep.

“Kacem has slimmed down and is improving daily” according to Jackson.  “He’s still a bit new to the game and his defense is easily ahead of his offense.  Mosengo is an athletic and skilled inside/outside player.  I’m sure he will draw high major attention during the live period.  Charles has excellent hands and moves well up and down the floor.  He also has excellent timing when it comes to blocking shots.  Sene is raw but he is long and athletic.  Mbow has a nose for the ball, can score in the post, and can defend multiple positions.  Dimoke is an improved shooter, can play either forward spot  and is a good athlete.”

The perimeter depth is a bit thin for the Sons at this time but Jackson really likes the guys that he has.  Kevin Miller Jr., a 5’10 sophomore that already has an offer from DePaul, will be counted on to ignite the offense.  Other players that will see time on the backcourt include 6’2 sophomore Curtis Butler Jr. from Sarasota Booker and 6’5 sophomore Jevonte Valerie.

“Miller Jr. will be given the ball to run the team”, says Jackson.  “He’s a leader and distributor with an innate ability to score.  Butler has good basketball instincts and a high IQ for the game.  He also adds size and length to the perimeter.  Valerie is quite physical and can score inside as well as out.”

The Sons are still in the process of determining their complete schedule but do plan on attending the On-The-Radar Hoops event April 24th thru 26th later this month.