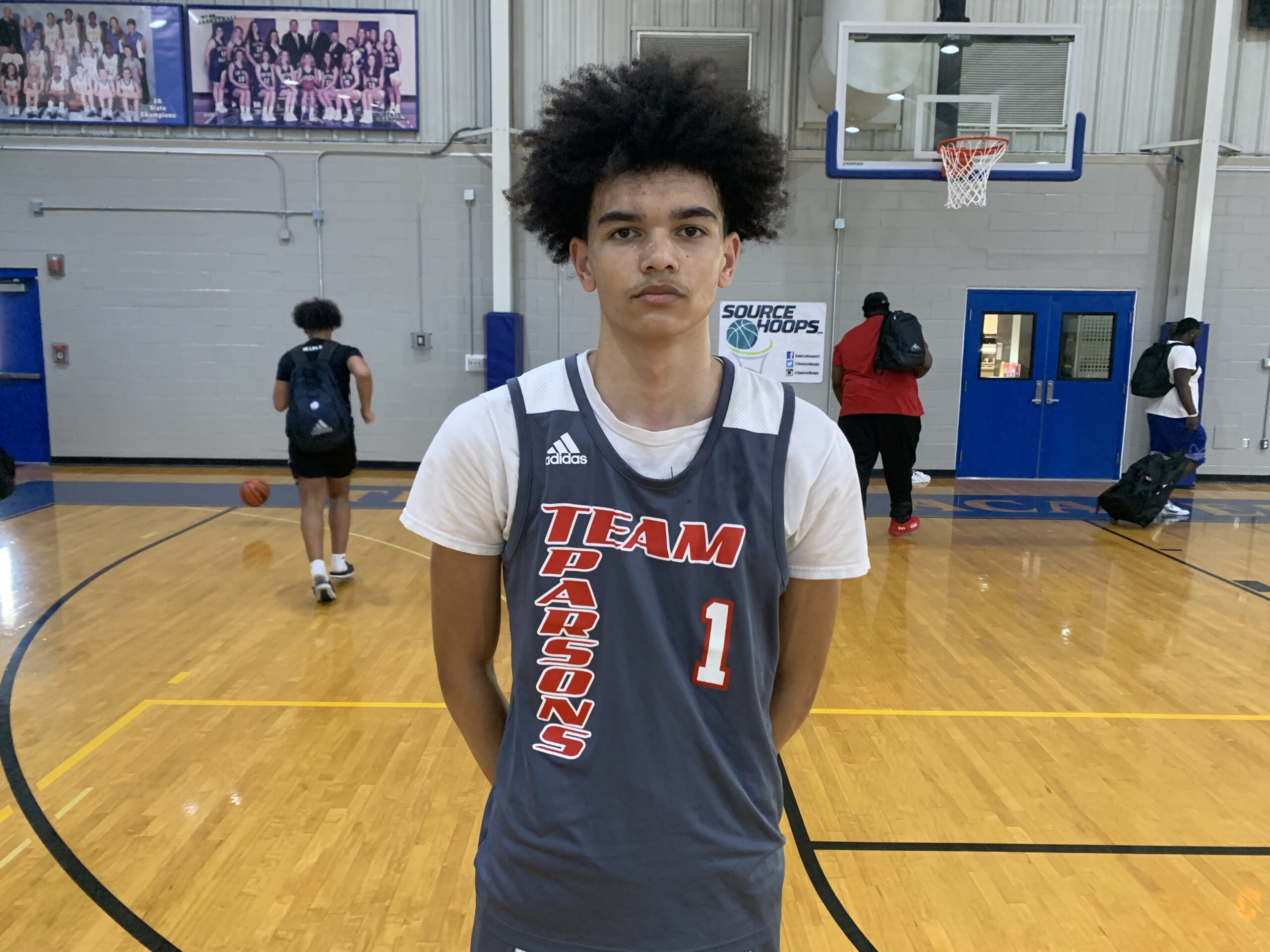 The First Academy in Orlando was the site for this past weekend’s Spring Tip-Off presented by Source Hoops.  Several quality players and teams could be found at any given time on the three courts in use.  Here is our first look at just a few of the many standouts.

Jo-El King, Florida Sharks: The 6’6 junior from Kissimmee City of Life Christian had a very solid set of games this weekend.  We caught his act in the first game of the event on Saturday and we came away enamored with his skill set and competitiveness.  King has broad shoulders, long arms, and the ability to play on the perimeter or punish foes inside.  He has a reliable perimeter shot out to the arc, can put the ball on the floor to score if overplayed, and has good touch around the rim, both when posting up and putting back offensive rebounds.

Alex Jasquith, CP 25 Gold 2024: A 6’6 sophomore from Pensacola Booker T. Washington, Jasquith’s versatility was on full display this weekend.  The long wing has an accurate perimeter shot to go along with the ball-handling skills and the ability to finish at the rim.  Jasquith surprised on more than one occasion with a couple of dunks in traffic after getting by his initial defender.  He has a quick leap and his length allows him to block shots and get to rebounds before his opponents.  Jaquith shows a lot of promise as a multi-position player and defender at the next level.

Jeremy Elyze, Miami Vice 2023: A 6’7 sophomore from Fort Lauderdale Flanagan, we knew of Elyze’s reputation for crafting double-doubles this past high school season per MaxPreps.  After getting to see him a couple of games this past weekend, Elyze could be the sleeper of the spring/summer.  Blessed with a generous wingspan and very athletic, he is at his best when attacking the basket, whether that be in transition, from perimeter drives, or pursuing offensive rebounds.  His jump shot is still a bit inconsistent at this stage but all the elements are there for success given time.  Elyze uses his physical gifts well on the defensive end, whether it is challenging or blocking shots after coming over to help or guarding the basketball.

Larry Miles, Showtime Ballers 15U: This group is mostly middle schoolers playing up a level and Miles, a 6’0 guard out of Orlando, was impressive.  He is quite fast with the ball, is difficult to keep out of the lane, and generally makes good decisions once the defense is forced to come over and help.  Miles pushes the pace, gets the ball where it needs to go, and looks to get his teammates involved in the action at every opportunity.  Miles has the ability to make threes, not just the ones from behind the arc but also the ones where he gets to the foul line.  His speed and quickness allows him to be a rugged on-ball defender.

James Bass, Southeast Elite 2025: The 6’10 freshman at Central Pointe Christian in Kissimmee runs the floor and moves around the court very well for a player his size and age.  His points typically come from putbacks, beating defenders in transition, or scoring quickly once getting the ball from a penetrating teammate.  As one might expect, his defense is ahead of his offense right now as he challenges and blocks shots without fouling.  Bass has a solid frame and good athleticism.  The next step is developing his scoring skills both around the basket and from the perimeter.

Mo Kamara, Southeast Elite 2025: The 6’7 freshman from Orlando Boone generated a lot of early buzz Saturday morning.  A high level athlete that plays with energy, Kamara is more than a handful for opponents.  He is swift up and down the court, is quick off the floor for rebounds and blocks, and displays some good scoring tools around the basket.  Kamara is quick to outlet the ball after securing the rebound and sprints the floor in transition.  While he didn’t show much in the way of perimeter skills, there is a lot of time left for development in that area.

Tyler Johnson, Florida Rebels 16U: The 6’6 wing from Orlando Oak Ridge continues to develop into a skilled and versatile performer.  His ability to handle the basketball and attack the basket to score, connect on shots outside the arc, and make the right decision with the ball on the move seemingly improve each time we see him.  What doesn’t change is his commitment to rebounding the ball at both ends, defend multiple positions, and challenge whomever he is guarding on the defensive end.

Fredy Sylla, Southeast Elite 2024: The 6’6 forward from Potter’s House Christian Academy in Jacksonville had a good outing in a tough game against the Florida Rebels.  Much more active and aggressive than when viewed this past high school season, Sylla looked to put the ball on the floor and drive to the rim with frequency.  His finishing ability is improved and so is his perimeter shot which went down more consistently on Saturday.  Sylla has a knack for grabbing offensive rebounds and controls his defensive rebounding area.

Keegan Burroughs, Team Speights SWFL: A 6’9 junior from Cardinal Mooney in Sarasota, Burroughs was one of several finds this weekend.  Though a bit on the thin side, he moves well and isn’t afraid to be physical at either end of the floor.  He rebounds his area, challenges shots on defense, and runs the floor hard in transition.  We didn’t see Burroughs take a shot away from the basket, but he did open some eyes after finishing a two-dribble drive in traffic.  Possibly just an opportunistic scorer at this stage, there is a lot of good things to work with and his stock should be trending upward.

Cam Miles, Team MOAM 16U: A 6’2 sophomore at Orlando Dr. Phillips, Miles was very difficult to contain in the game we watched on Saturday.  Not only did he get to the basket effortlessly, Miles showed off a variety of finishes with either hand at the rim.  Once the defense wised up and played him for the drive, Miles proved to be a reliable shooter from behind the three-point line.  He also got his teammates good looks after collapsing the defense and took good care of the basketball.  Miles got a lot of steals, tips, and deflections thanks to his quickness and ability to anticipate the movement of the basketball.