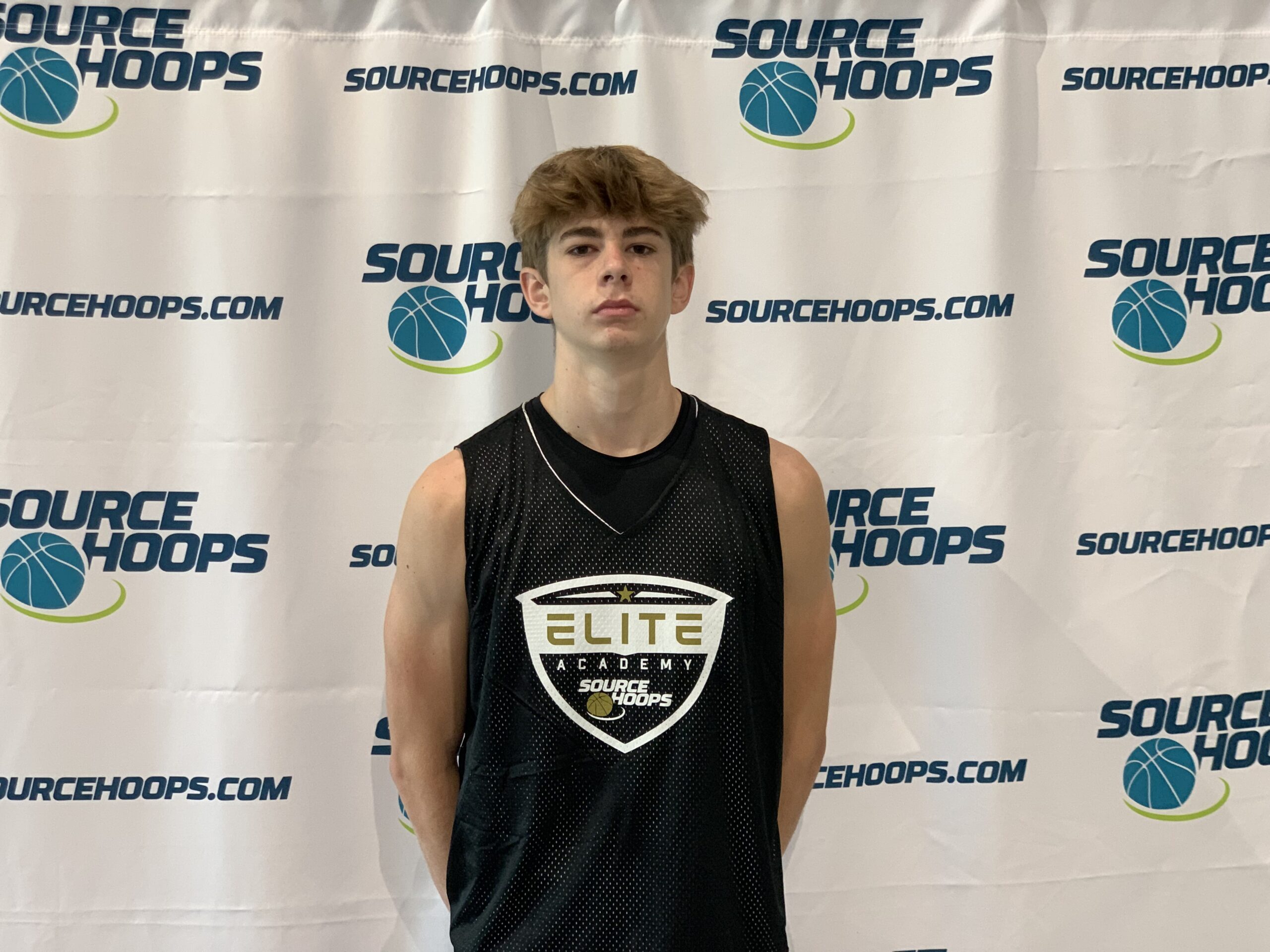 More from our Freshmen & Sophomore Elite Academy that took place this past Saturday at The First Academy Fieldhouse in Orlando.

Austin Leslie, Fort Myers Evangelical Christian: A 6’4 sophomore, Leslie has good size and athleticism for the two-guard spot.  He shot the ball well from both inside of and beyond the arc.  Leslie has good ball-handling skills, a quick first step on his drives, and displayed an ability to finish through contact at the basket.  An active rebounder and defender, he is quick to push the pace once he secures a rebound or loose ball.

Jaden Samuels, Winter Park Lake Howell: A 6’5 freshman, Samuels is just beginning to scratch the surface of what he could be.  He’s long and is still growing into his body.  While it may not always look pretty, he plays hard at both ends of the court, and it usually is productive.  Samuels chases rebounds and both ends and uses his length and leap to protect the rim.  He currently doesn’t generate his own offense but he will make the most of his opportunities at the basket.  Samuels will get better as he gets more playing experience.

Nick Blake, Orlando The First Academy: A 6’0 sophomore, Blake plays a cerebral floor game.  He’s alert and makes good reads with the ball in his hands.  A solid ball-handler and passer, Blake is quick to advance the ball on the break and keeps the ball moving in the half-court.  He makes good shot vs. pass decisions and has consistent shooting range to the three-point line.  Defensively, he plays hard and is alert to jump the passing lanes or help and recover.

Jaden Staten, Tallahassee Godby: A 5’9 freshman, he’s a tough-minded guard with a lot of confidence.  A capable three-point shooter, Staten is also a driver and finisher at the basket.  He doesn’t mind taking contact and makes the most of his opportunities at the free throw line.  Staten makes up for his current lack of size at the defensive end by digging in and hounding opposing ball-handlers.

John Carlos Cueto, Kissimmee Central Pointe Christian: A 6’5 sophomore, Cueto has good offensive skills and is very aggressive on that end of the court.  He can drive the ball and score in a crowd or knock down perimeter shots.  Cueto is active on the glass at both ends and will grab defensive rebounds and quickly push the ball up the floor to ignite the transition game.  He plays with a lot of swagger and rightfully so as he is very productive.

Cael Lerner, Orlando The First Academy: A 5’9 sophomore, he got a lot done despite a lack of size.  Lerner made a lot of hustle plays, shot the ball well from the perimeter, and did a good job of getting the ball to open teammates.  He was always moving on offense, looking for open areas to dart into and made himself available for passes when teammates seemed to be in trouble.  His high level of effort on defense was noteworthy as well.

Jett Carter, Titusville Astronaut: A 6’5 sophomore, Carter shot the ball well off the catch and extended the defense.  He put the ball on the floor to attack the defense as well.  Carter will become a more successful driver and finisher as his body matures and he gains strength.  He has an innate ability to get to offensive rebounds to get several second chance points.

Kam’ron Jackson, Valdosta (GA): A 6’2 sophomore, Jackson is long, athletic, and plays bigger than his size.  He did the majority of his damage in transition and on the offensive glass.  Jackson did make a couple of perimeter shots to keep the defense honest and also showed some promise as a straight-line one or two dribble driver that will score over the defense.  Defensively, he covers a lot of ground quickly, gets a lot of tips, deflections, or outright steals, and moves his feet quickly when guarding the basketball.

A.J. Tennel, The Villages Middle School: A member of the 2027 Class, the 5’10 eighth grader had absolutely no trouble playing up a grade or two.  Tennel has great ball skills and an advanced feel for the game.  He sees the floor, makes good reads, and threads the needle with passes.  Tennel consistently gets into the paint and breaks down the defense, quickly finding open teammates for easy shot opportunities.