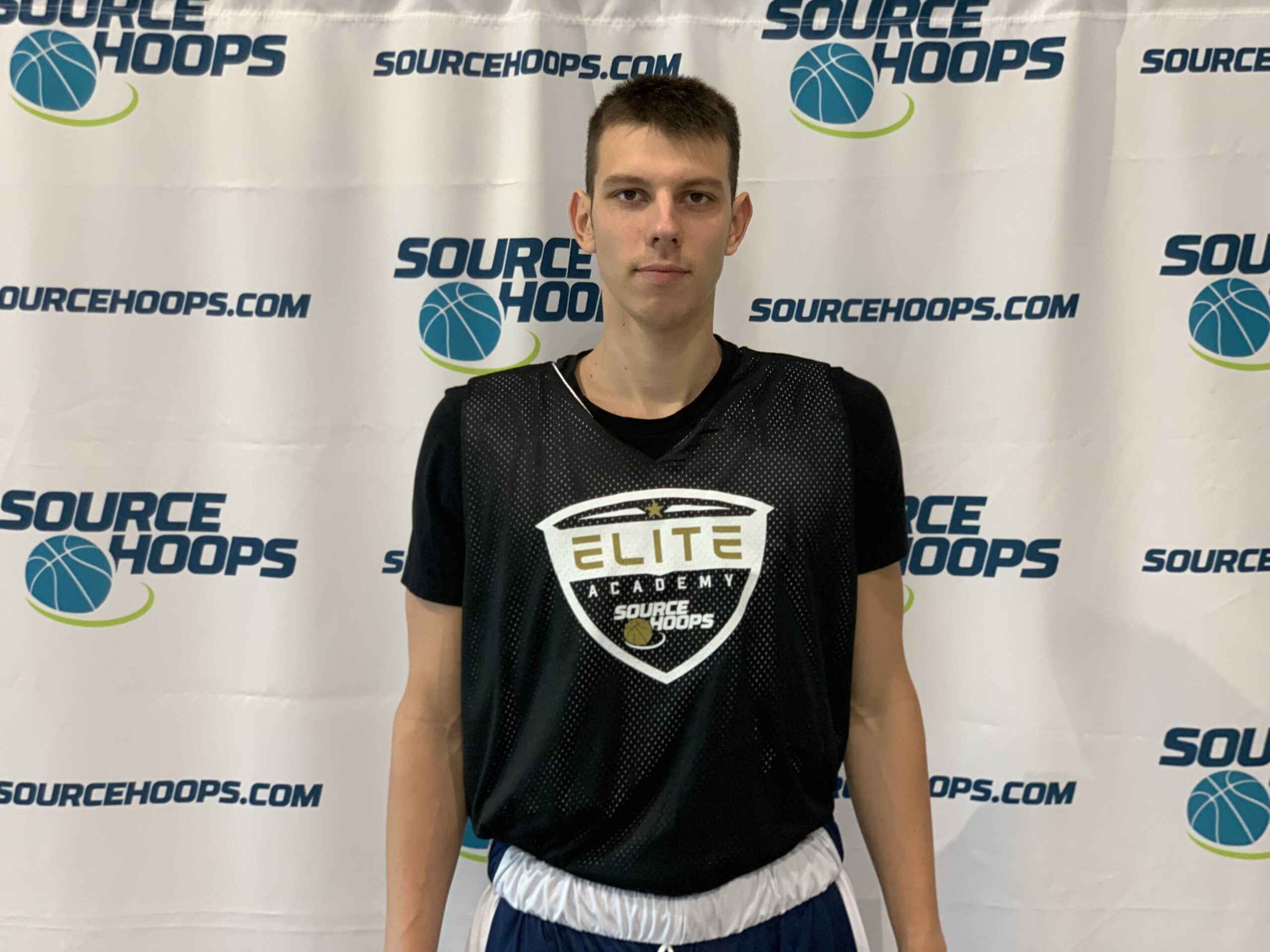 Our Academic Elite Academy took place on Sunday at The First Baptist Fieldhouse in Orlando.  There were a lot of quality players with high-level GPAs in the building.

Cole Gingeleski, Tampa Alonso: A 6’11 senior, Gingeleski played very little this summer due to a leg injury.  He looked 100% on Sunday.  A very athletic big, we loved how he rebounded the ball above the rim and then sprinted the floor in transition.  Gingeleski gets off the floor very quickly to grab rebounds and challenge/block shots.  He surprised with his ability to step away from the paint and make shots.  He runs and moves around the floor very fluidly for a guy his size and has the potential to develop some swithchability when it comes to defending ball screens.

Moussa Samake, Orlando West Oaks Academy: A 6’7 senior and native New Yorker, “long” only begins to describe Samake’s body type.  The lefty is athletic and gobbles up the floor with long strides to get ahead of the defense and score in transition.  Samake has decent handles when going to his strong side and is an adequate shooter from inside the arc should he be cut off from the basket.  His physical gifts make him a disruptive defender.

George Kimble, Tampa Berkely Prep: A 6’1 senior, Kimble has the ball on a string and gets to wherever he wants to go on the floor with it.  He will knock down perimeter shots off the dribble and has an array of finishing moves at the basket through contact in a crowd.  While maybe not a traditional “pass-first” point guard, Kimball certainly has good court vision and gets the ball quickly to open teammates.  Defensively, he works hard, has fast feet, and active hands.

Dylan James, Winter Haven: The 6’8 senior looked every bit a top 100 player nationally in the 2023 Class.  He scored inside with post moves, knocked down perimeter shots, and hit trailing threes in transition.  James is also a solid straight-line driver that gets to the basket quickly.  He has a quick leap, long arms, and uses both well to grab rebounds at both ends and protect the rim.  James has a high ceiling but also a solid floor from which to start from.

Chris Mubiru, Orlando West Oaks Academy: A 6’6 senior, Mubiru is a highly skilled wing.  He has the versatility to play and defend multiple position and the ability to score from all three levels.  Mubiru has good court vision, gets teammates the ball at the right time, and is adept as a grab-and-go rebounder on the defensive end.  Defensively he is active, moves his feet well, and makes the offense work hard for everything it gets.

Cameron Miles, Orlando Olympia: A 6’2 junior now at Orlando Olympia, Miles proved to be a very good scorer on Sunday.  A solid athlete, he has shooting range to the arc, good ball skills, and is crafty in weaving his way through the defense to score at the basket.  While not a point guard by nature, he does willingly share the ball and generally makes good shot vs pass decision on the move.  Miles can play either guard spot but appears most effective when he can be freed up to score.

Vuc Vucicevic, Kissimmee Central Pointe Christian (pictured): A 6’7+ senior, “Vooch” is from Serbia and supposedly is one of the top players in their national program for his age group.  In many ways he is your typical “euro” and in many ways he is not.  As you would expect, Vucicevic is highly skilled, shoots the ball well from deep and is a solid ball-handler and passer.  Surprisingly, he is very athletic, is aggressive in attacking the basket, and will put defenders on a poster.  “Vooch” has good floor vision, threads the needs with his passes and isn’t afraid to play physically at either end of the floor.

Ameer Ramadan, Orlando Christian Prep: A 6’0 junior, Ramadan put on a shooting and scoring clinic this Sunday.  He knocked down shots well past the arc off both the catch and dribble, connected on pull-ups from mid-range, and had some crafty finishes at the basket.  Ramadan is quick with the ball, gets by defenders with minimal moves, and makes good decisions.  He pushes the pace as often as possible and delivers the ball quickly to open teammates.  Ramadan works hard on the defensive end, using active hands and feet to harass opposing ball-handlers into mistakes.